In this article you will find: Journalists have uncovered design for 4 new Motorola smartphones; in ZUK Z1 will be installed Snapdragon processor from Qualcomm; unknown HTC device with support for LTE has been certified in the United States; Xiaomi may submit flagship Mi5 over the next three weeks. 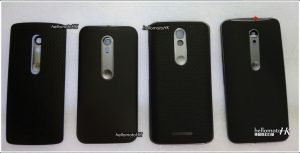 All the details are kept in secret including the specification and the time (date) of the announcement. We hope that such a major leak assumes a fast debut of new products.

In ZUK Z1 will be installed Snapdragon processor from Qualcomm

Lenovo has created a subsidiary ZUK month ago and has notified that flagship smartphone Z1 will debut on the market this year; moreover it will be focused not so much on the Chinese as on the international market, including European market.

Today, the network has information that reveals some details about the Z1. For example, the new product will run on the processor Qualcomm Snapdragon, although the exact model isn’t called. ZUK Z1 will receive 3 GB of RAM, and several options for the internal memory up to 64 GB, and therefore the probability of having a memory card slot is relatively small. 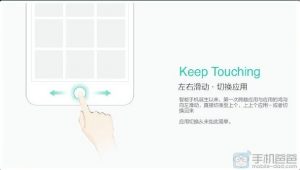 Screen size will be 5.5 inches, and the resolution is unknown. 13-megapixel camera with LED-flash will receive autofocus and Z1 will be working on Android 5.1. As the operating system is mentioned a CyanogenMod, but it is unclear whether the CM will be presented as an operating system or smth else. It is also possible that the pre-installed version of the system will depend on the sales region – Android for China, CM for Europe or vice versa.

The release date is set in August this year. Unfortunately, the volume of the battery isn’t disclosed, but it is already known about support of quick charging with the use of current 5V and 2A. The time needed for a 100% charge, isn’t specified.

The American agency FCC has registered a new smartphone from HTC in the United States, codenamed 0PM9120. It is known that the device supports GSM, FDD-LTE, Wi-Fi and Bluetooth.

Wi-Fi will be available at 2.4 GHz and 5 GHz. The device runs on Android 5.1 Lollipop. The picture isn’t given, but we can assume that this is not the flagship HTC Aero, but a new Desire. The announcement is expected in the first days of the exhibition IFA 2015.

Xiaomi may present Mi5 during the next three weeks

This year, we have repeatedly heard about the postponement the premiere of flagship Xiaomi Mi5 from July to November 2015 because of problems with the processor Snapdragon 810. According to rumors, the Chinese giant intends to wait for the Snapdragon 820 and use it, but then there appeared the information that Snapdragon 808 or 810 will be installed in Mi5, and a premium version of Xiaomi Mi5 Plus will receive an increased 5.7-inch screen and Snapdragon 820 chipset. 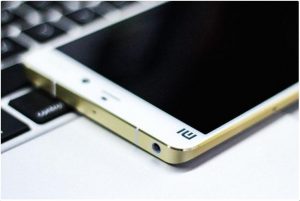 The Chinese tehnoblog Mobile Dad said that Mi5 is expected not earlier than August 5 – just then, according to insiders, we will have another premiere. In its turn Mi5 Plus will be available in November in order not to compete with the main product of the company.