5 Incredible Features of Mobile Phones, Which Will Very Soon Become the Norm

Find your mobile phone of dream on JiJi.ng!

The mobile phone market is in a state of constant, rapid development. Regularly new technologies appear to make them more functional and cheaper. Some of these innovations don’t survive, but others are very quickly become a global trend.

In this review, JiJi.ng collected 5 unique mobile features that, in our opinion, will become the norm in the next couple of years.

The standard measure of memory in modern smartphones are 2 gigabytes, there is a small number of high-end devices with the card for 3 GB, and ASUS has introduced at the beginning of January 2015 the world’s first phone with 4 gigabytes of RAM – ASUS ZenFone 2. 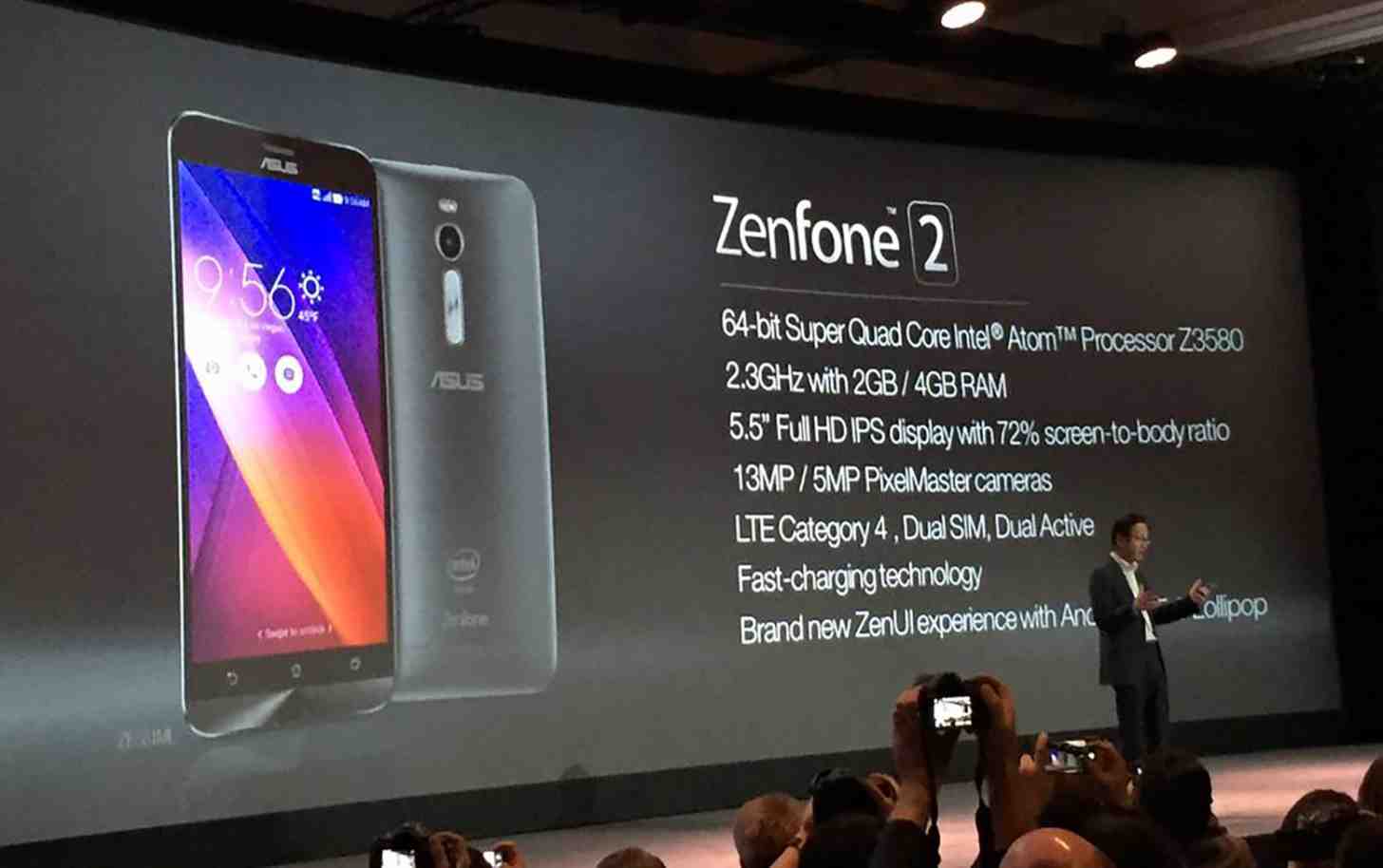 In addition, ASUS ZenFone 2 has a 64-bit processor Intel Atom Z3580 clocked at 2.3 GHz, 5.5-inch touch screen, the main camera is 13 megapixels and a 5-megapixel on the front, also the battery capacity of 3000 mAh with the possibility charging only 60 percent for 40 minutes. 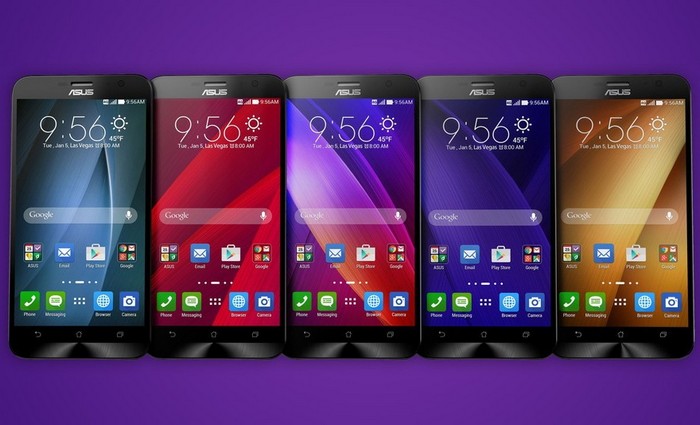 Interestingly, the price of this newest device will be quite moderate –  near 200 US dollars.

On this video, you can see experience of using ASUS ZenFone 2 with 4 GB of RAM in a multi-tasking. This boy ran on a smartphone five demanding games simultaneously – FIFA 15, Real Racing 3, GTA San Andreas, NOVA Asphalt 3 and 8, and switches from one game to another. ASUS ZenFone 2 it doesn’t give any hint of a slowdown in work. Of course, nobody will play five games at the same time, however multi-tasking doesn’t disturb for anyone, and if you’re the person who likes to download a variety of device applications, ASUS ZenFone 2 to 4 GB – it is just what you need.

Testing out the multitasking by running some intensive games on the Asus ZenFone 2 with its 4GB of RAM. Enjoy!

For years, mobile phone users don’t perceive built camera in this devices really seriously. Rather, it was a tool for creating images for social networks and Instagram, but for the rest there were standard cameras. But recently smartphones camera are becoming more functional and qualitative.

However, you can’t use them on the maximum, even the nicest and most photomatrixes if your mobile phone is not equipped with high-quality optics. There are two ways to solve this problems. The first point is to buy external lenses for cameras in mobile phones. The second is the emergence the very good lens on the smartphones. 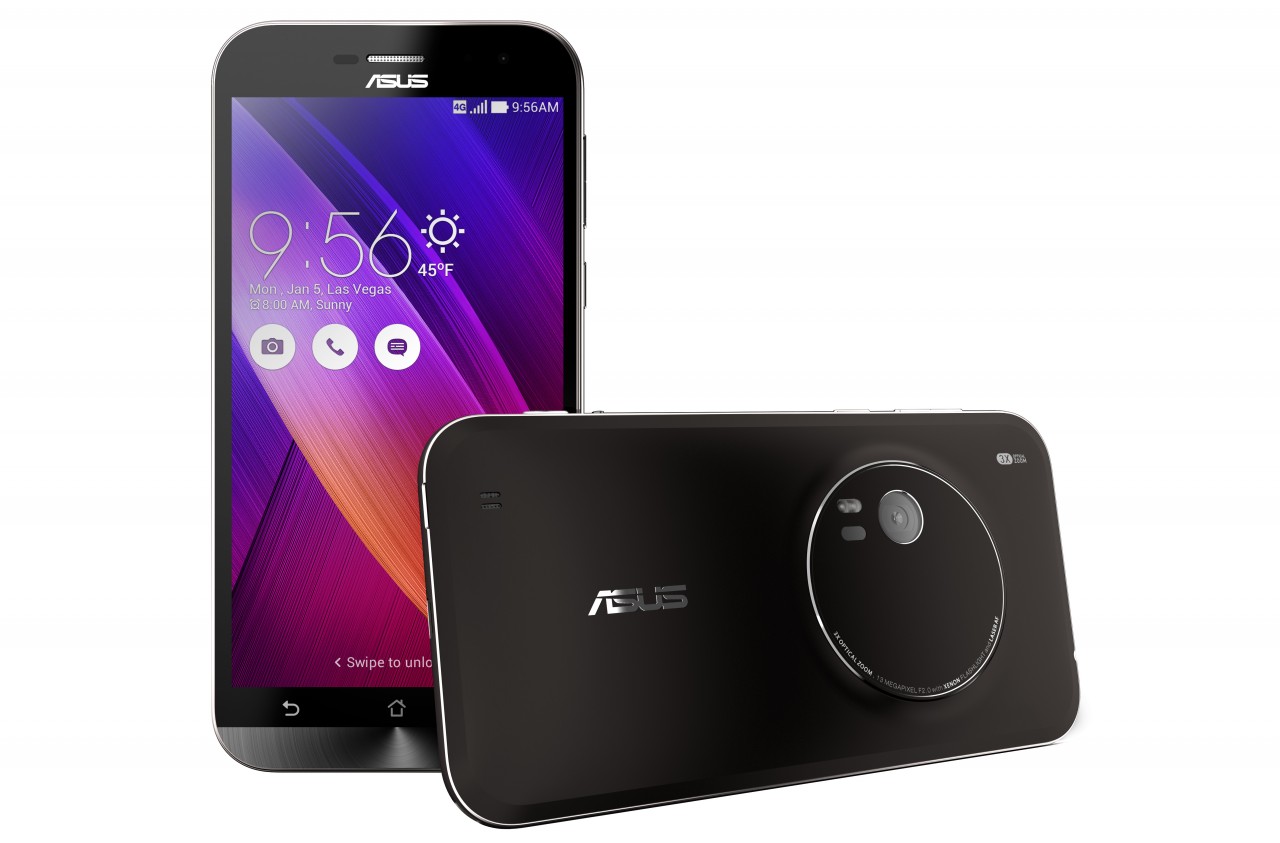 As an example we can mention the mobile phone ASUS ZenFone Zoom, which is the “older version” of the above-mentioned ASUS ZenFone 2. This smartphone is differ from the “brothers” with more advanced optics with 13-megapixel camera. Built-in lens device consists of ten lenses that provide high-quality optical twelve-fold approach.

The camera in the ASUS ZenFone Zoom has image stabilization system, a laser autofocus, an ability to manually adjust the ISO rate and shutter speed.

The most common at this time way to protect your smartphone from strangers is a password to unlock it when you turn on. Gradually gaining popularity also mobile phones with built-in fingerprint scanners – such features developers started to implement even in devices with low cost up to $ 200.

A little-known company ViewSonic has released serial smartphone with a sensor that reads image of the retina. This image is unique to every person, it is impossible to forge, which allows to this method to be the most effective protection. 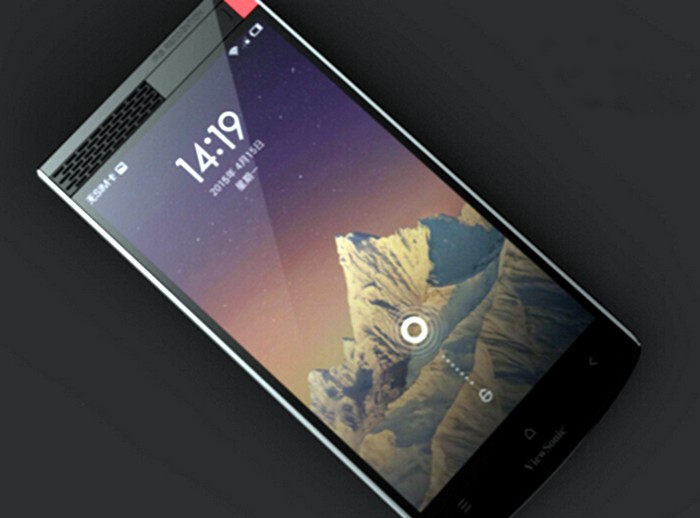 The rest of the smartphone ViewSonic V55 has a very modest performance – 64-bit processor Qualcomm Snapdragon 410 with a frequency of 1.4 GHz, 2 GB of RAM and a 5.5-inch display with a resolution of 1080p. On the rear panel of the unit is located 13 megapixel camera with the ability to use external lenses. 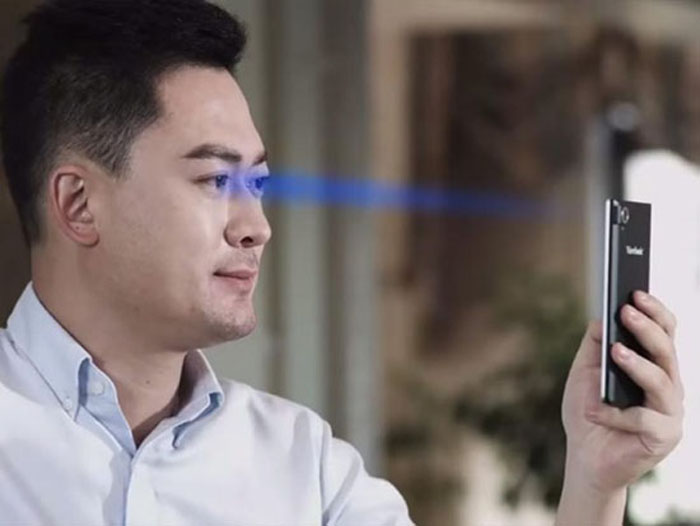 Retinal scanner is on the front of the ViewSonic V55. It can be used to restrict access not only to smartphones in general, but also to individual files on the device, as well as mounted programs and functions of the mobile phone.

Perhaps, in the near future people will not choose one of the many mobile phones, which are created by different companies, but they can collect the device with their own hands, according to their views and style.

Proect Ara – is an initiative of the corporation Google, which now is growing by company Lenovo, and many other developers around the world. The goal of this project – to create a free platform with open source hardware, on the basis of which people can design modular mobile phone. 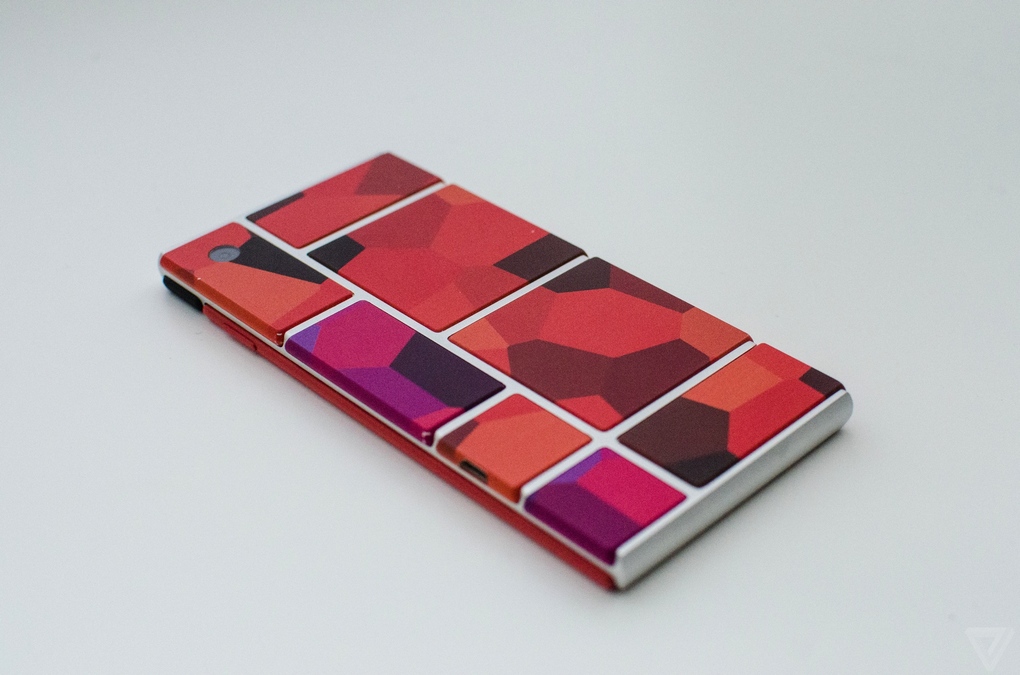 Thus, anyone can, using the principles Proect Ara, collect his own smartphone with unique characteristics. At the same time to increase the memory, processor, screen resolution and battery in this device will be even easier than changing SIM-card. 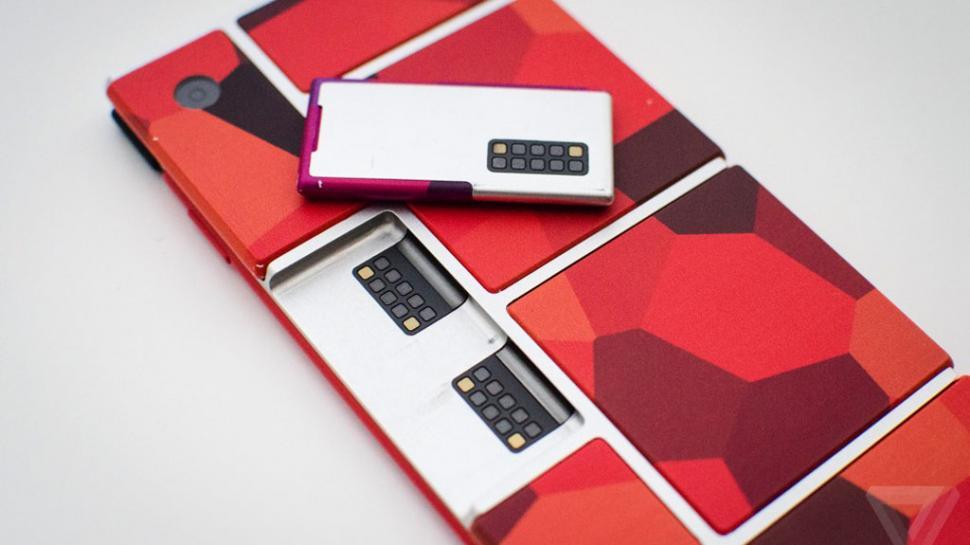 These phones will be comprised of a plurality of modules, which will be attached to a single board. The user can use his mobile device hardware, that were issued by different producers. It can be useful in case of breakage of a module, or if you want to improve the performance of your smartphone. 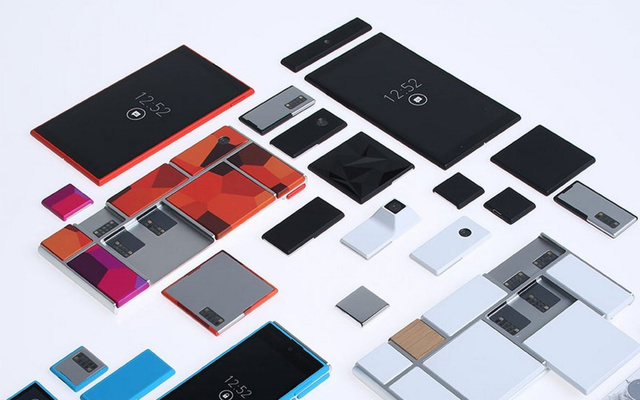 Proect Ara will allow to reduce the financial barriers to entry for developers of mobile phones to a minimum, as this will increase competition on the market, lowers total cost of production, and also gives rise to more rapid development of technology.

The huge capacity of the battery

High consumption of resources is the scourge of modern smartphones. Charge of the battery on most of them is barely enough for one day of active work, so it can disconnect such device at the most inopportune moment. And not all mobile phone users are always ready to carry spare batteries and chargers for their mobile devices.

However, in 2014 year on the market has become a noticeable trend of increasing the capacity of the batteries of smartphones. With an average of 2000-2500 mAh, models with Battery 4000 mAh appear. There are also some phones with even more capacious battery.

Such mobile phones are not expensive high-end models of smartphones. For example, the device with one of the high-capacity battery is the world’s budget device Elephone P5000 with value 240 dollars. 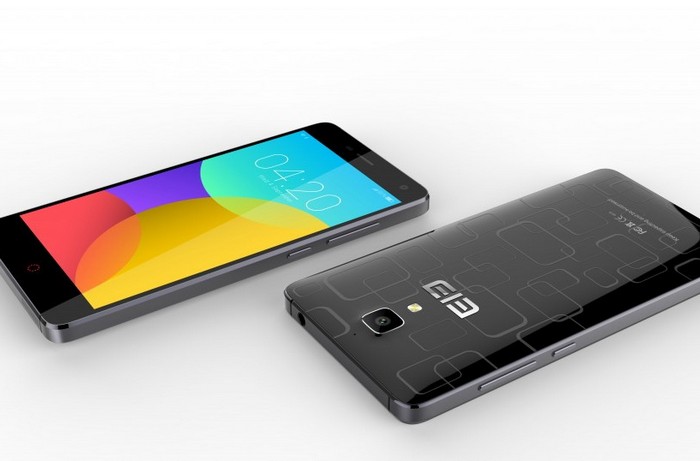 Elephone P5000 is equipped with a 5350 mAh battery, that allows to this smartphone to operate without recharging for four days in the mode of average activity, and two – with very active using of all the features of the device.

Try to find smartphones with different cool features on the best marketplace in Nigeria – JiJi.ng!

Find your mobile phone of dream on JiJi.ng!