It`s not so easy to get into the Guinness Book of records – you have to make something really extraordinary for that! Someone runs on all fours, someone pulls the cars with his teeth and someone creates the biggest or the smallest things in the world. 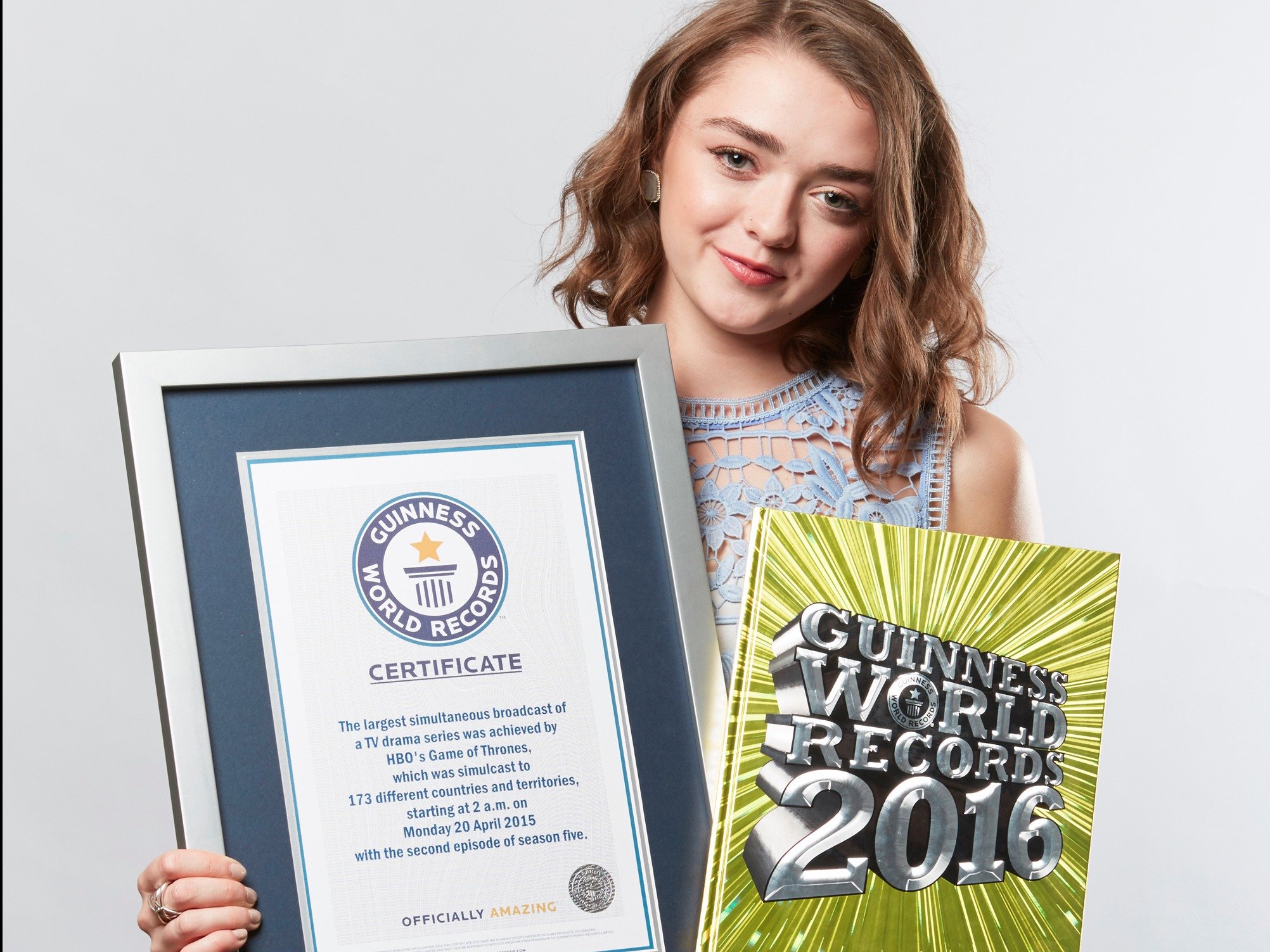 We will devote this post to the best ones in this world – outstanding personalities, who are able to surprise us or even shock! 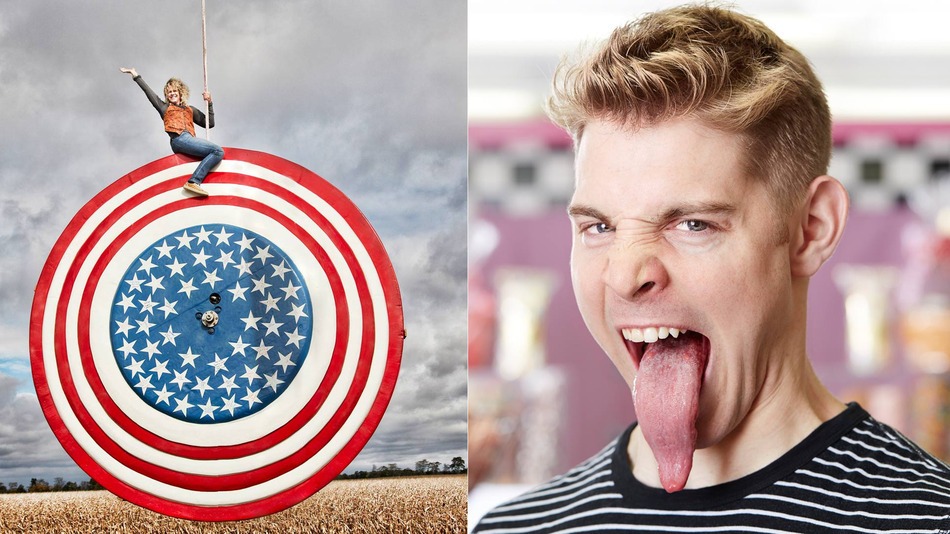 Be closer to the sports! Buy all necessary sports products on JiJi – in a place where you can find a great assortment at very attractive prices!

So, let’s take a look at these unordinary guys – switch to the next page!

Breaking bricks with hands is an art that has already evolved into the sport. Today there is even the World Association of Strike Rate. The Organization has its standards.

Following these standards, the representatives of organization select the fastest fighters with the strongest fists. One of them is an American Kevin Taylor. The man managed to break 584 bricks in 57 seconds.

WSBBA Grand Master and America’s Got Talent Star Kevin Taylor “leaves no doubt” why he’s the best as he pulverizes 726 cement bricks in just 1 minute 26 seconds! Breaking in stacks of 7 and 8, Taylor displays the legendary technique and power that have propelled him into the national and world spotlight.

Darren and the pool

Having the pool at your disposal, you can become famous as well. Some skilled guys learned to jump into them from the unrealistic heights.

For example, American Darren Taylor – this man was not afraid to jump from a 11-meter springboard. Moreover, the depth of a wonder-reservoir was less than 50 centimeters. We do not know how this brave man managed to do that! Actually, for MPORT it is still a mystery how he managed to get in such pool from such a height.

Kenichi and running on all fours

Japan is a country of miracles! Its inhabitants run on all fours. Moreover, they manage to make it faster than anyone does.

Japanese Kenichi Ito has a lot in common with Usein Bolt (famous Jamaican sprinter). Ito is the holder of the world record in the 100 m race, “royal” distance in the world of athletics. Bolt overcame it in 9.58 seconds and Japanese — in 17.47. Only Ito made it … on all fours.

SUBSCRIBE for more amazing videos: http://bit.ly/subscribetoGWR In Japan, Kenichi Ito broke the record for the fastest 100m run on all fours! His time was 17.47 seconds. Kenichi uses all fours at home everyday as part of his training and his running style is based on a monkeys, which he studies.

All of us at least once in our life have played badminton and understand the essence of this game. But not everyone knows that you can swing a racket at a speed of 330 km/h. Chinese athlete Fu Hiafeng proved that turning the racket in a plastic sports bullet.

Some of Fu haifeng’s Classic Smashes selected from 2005 and 2009 All England championships. Feel free to comment and subscribe for more videos to come. Check out my other videos : A short film by our team : INTELLIGENT CINEMA & POPCORN ENTERTAINMENT presents “EMBOLISM” https://www.youtube.com/watch?v=icr0Cy5-Xac P.S : I, Kumaraguru, have done the Protagonist role.

Mustafa and his bis

According to The British newspaper The Daily Mail, 24-year-old Mustafa Ismail, who lives in the American State of Massachusetts has biceps circle of approximately 78 cm. 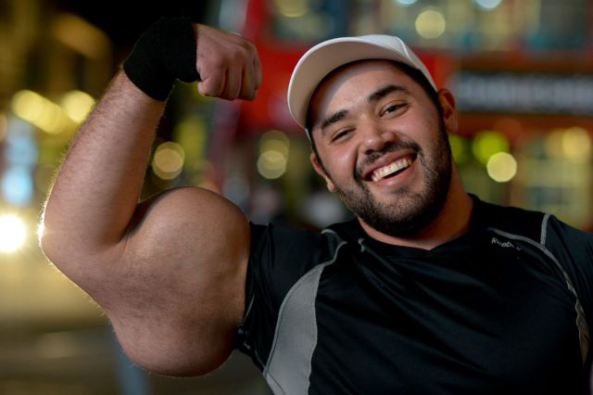 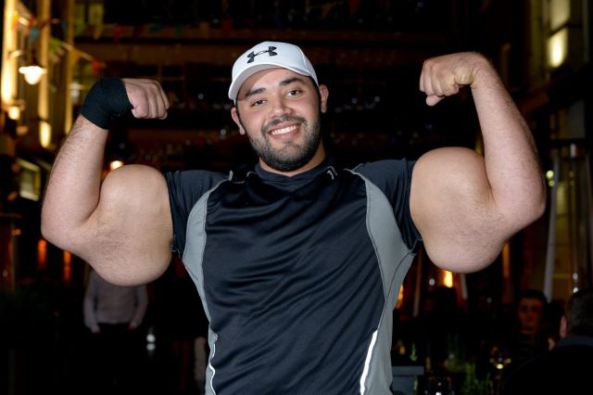 Unlike Popeye the sailor, who had similar disproportionately developed forearms, Mustafa hates spinach, and prefers to eat a lot of chicken meat. To achieve the current record Ismail has been working out in a gym twice a day during 10 years. 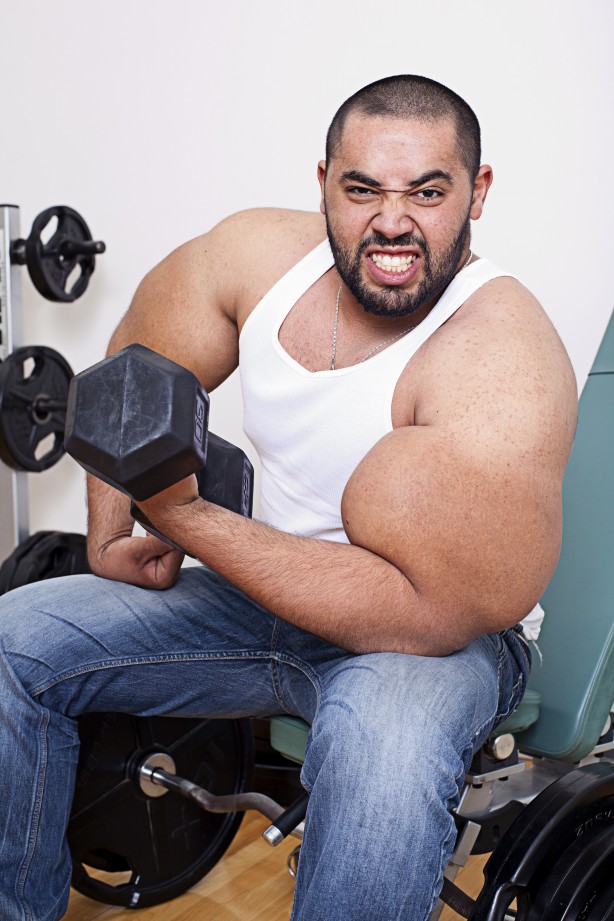 Subscribe to ITN News! http://bit.ly/itnytsub A 24-year-old from Egypt has been awarded the Guinness World Record for his 31-inch biceps. Moustafa Ismail, who now lives in Franklin, Massachusetts, USA, has arms with a greater circumference than the average human head!

Let’s get acquainted with the other Guinness heroes – switch to the next page!

Hit the floor – 40 pushups! You don`t have to repeat this phrase to Chinese Chi Gujdzonu. And he performs these exercises better than others. Archimedes needed fulcrum to turn the Earth and Chi needs only his index finger for pushups. 41 times for 30 seconds — and Chinese is in the Guinness book.

► Subscribe for more || http://po.st/GWR-Subscribe ► Watch the GWR’s Favourites || http://po.st/GWRFavs The most one finger push ups in 30 seconds was 41 and was achieved by Xie Guizhong (China) on the set of CCTV- Guinness World Records Special in Beijing, China, on 8 December 2011.

It took him 15 years to grow this Mohawk, and his daughter vows that someday she will bit her father’s record. In order to make his Mohawk stand firmly on the head, Watanabe has enlisted the services of three barbers who spray three cans of hairspray and a huge bottle of hair gel.

Without hair gel his hair reaches his knees. At first, everyone was sure that Watanabe has artificial hair.

The fastest skier in the world is an Italian Simone Oregon. In 2006 year, the athlete could be dispersed on skis to speed of 251 km/h. Even paratroopers, who are lucky enough to fall out of a plane with an undisclosed parachute, fly down at speeds of 220 km/h. Bravo, Simone, Bravo!

Among top performers, we can also mention the oldest gymnast, 86-year-old former physical education teacher from the German city of Leipzig – Johanna Quaas.

In April, a retiree performed a series of complex somersaults on the uneven bars at half-time of the World Cup competitions in artistic gymnastics in German Cottbus, this video became a hit on YouTube. The audience welcomed the athlete with standing ovations.

Johanna Quaas won 11 medals among older athletes, although she claims that it is not her main purpose, because she is engaged in gymnastics for fun.

London, 2012, Sep 12: The 11-times German Senior champion of artistic gymnastics, the nearly 87 years old Johanna Quaas from Halle, Germany, is now the oldest active gymnast of the world! Today she presented her parallel bars exercise at the odfficial press conference of the brand new 2013 issue of GUINESS WORLD RECORDS 2013 BOOK in the Tower Hotel of London.

Just over one minute Australian Anthony Kelly performs a shock rule for Wladimir Klitschko`s couple fights. If we round numbers, Tony hits on the average six times per second. 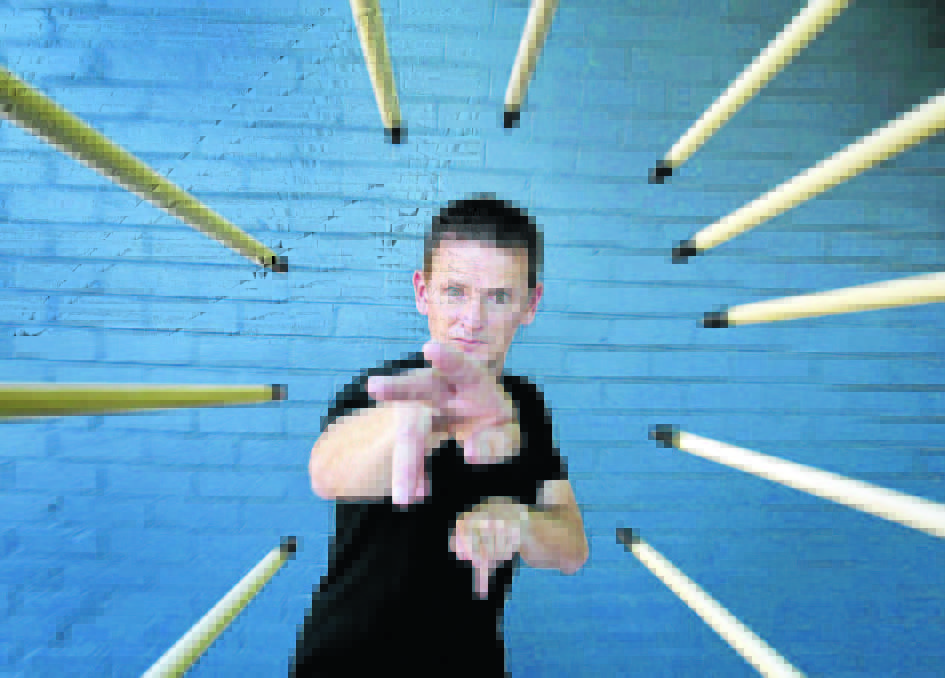 It doesn`t mean that the ability to inflict 347 hits per minute will help him to cope with the company of enemies in a dark alley, but this is quite enough to obtain the rank of world record holder.

The biggest high-heels shoe is 185.42 centimeters high and 195.58 cm long. It is the brainchild of designer Kenneth Cole and Jill Martin from the TV program “Today Show”.

It is made to resemble Kenneth Cole`s shoes that you can buy for $ 225 in New York. Jill always wanted to be “the world record holder”. So she decided to do it in a collaboration with Kenneth and engaged the services of “Izquierdo Studio” company to make the biggest shoe in the world.

Such unimaginable people live on Earth! Love and respect! 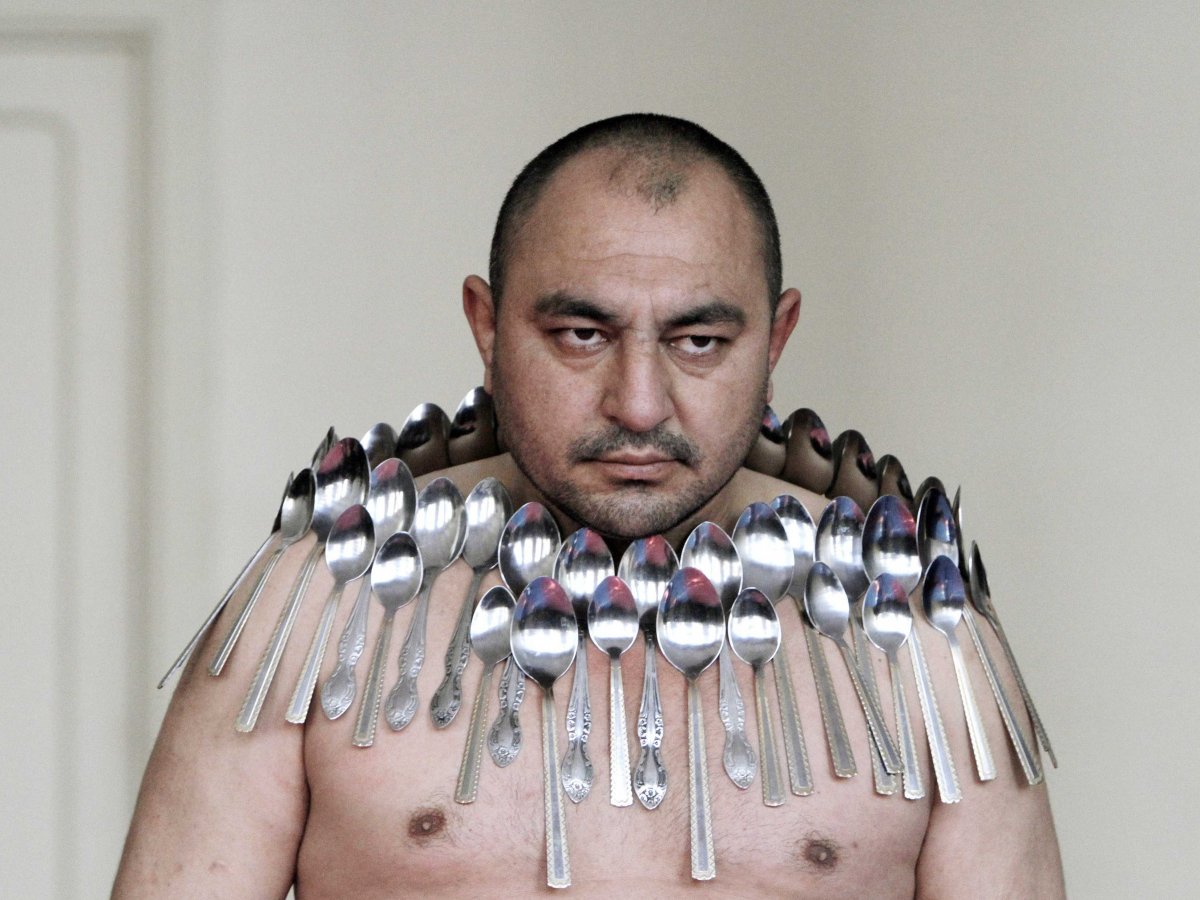 Buy all kinds of products for sports cheaper and safer on JiJi – the largest free ads portal! 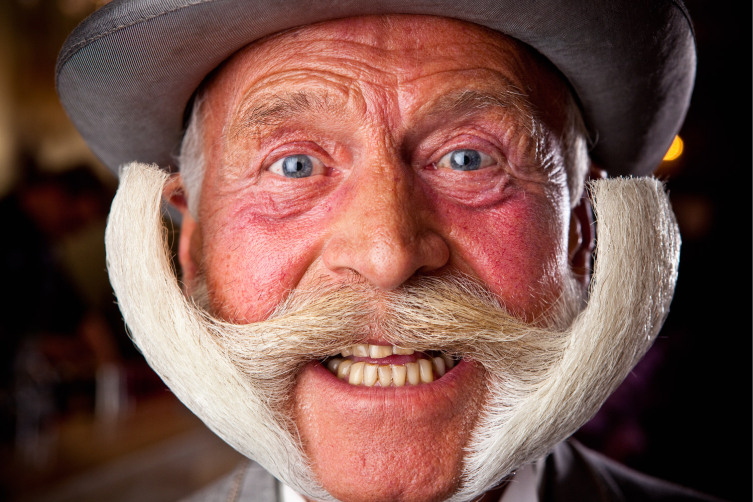 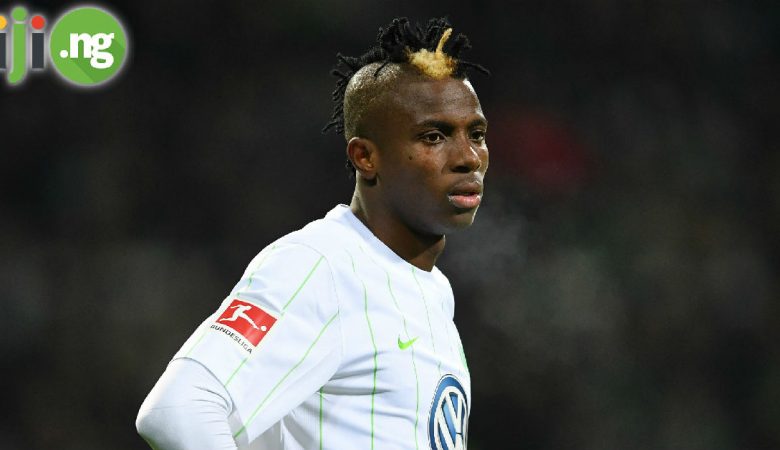 All The Biggest Football Transfers So Far This Year 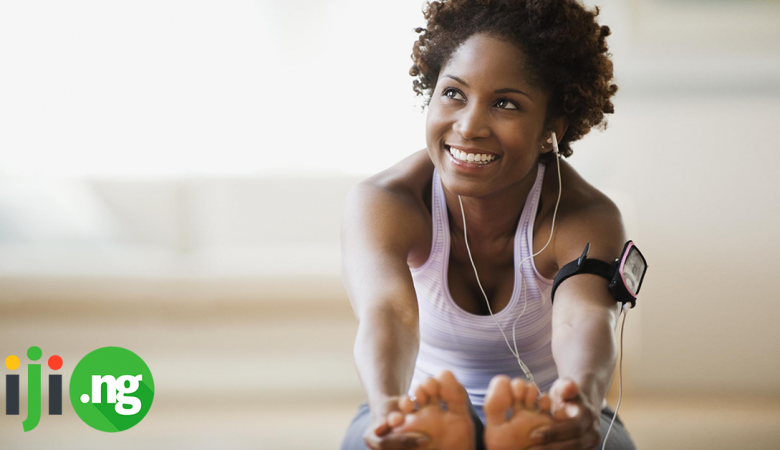