What Is A Walkie-Talkie And Why It’s Good To Have One?

If you never used a walkie-talkie in your childhood or ever in your life, then you have probably missed a lot. It is definitely fun, as it reminds of older times when people didn’t have cell phones yet and only some of them had the luxury to communicate on longer distances using walkie-talkies. They are still in common use among police workers and military personnel. The organizers of public events also find them useful for their everyday work. Let’s take a closer look what the walkie-talkies are and how you can benefit from having one at home!

Find the widest range of walkie-talkies on Jiji

The Story of Invention 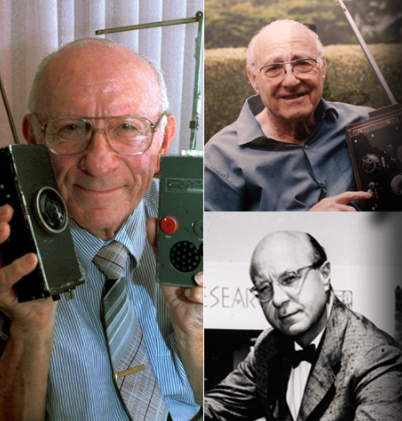 The walkie-talkie was invented in early 1900th by two inventors at the same time. The Canadian Donald Hings and the American Alfred Gross both fell into thinking of creating some kind of device that would help people communicate on distance. And they managed to develop a walkie-talkie that was later successfully used for military during the World War II. Both inventors proceeded with further inventions, such as pagers and numerous inventions for the radio, radars, and magnetic ground-survey devices, drawing the mankind closer and closer to the era of cell phones.

What is a Walkie-Talkie? 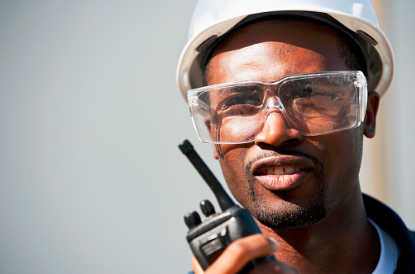 A walkie-talkie is a handheld portable radio, which is used for communicating wirelessly via one shared frequency band. The most simple walkie-talkies are featured with a loudspeaker and a microphone as two in one. To switch between the two, the electrical circuit is used. When connecting to the frequency band, only one speaker can talk at the time. The other ones can only listen up to the moment when the speaker says “over” and releases the push-to-talk button. Now, the radio is back into listening mode, so someone else can take their turn for speaking.

In defining the advantages and disadvantages of walkie-talkies, let’s start with the latter ones, as there is actually only one con. The walkie-talkies are easy to eavesdrop and only special walkie-talkies manufactured for military purposes use encryption. 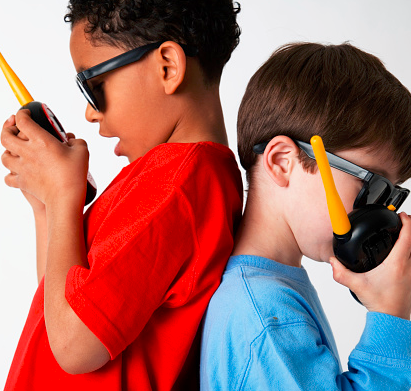 As for the rest, the walkie-talkies are robust, easy-to-use, and simple, which makes them perfect for children who need to stay in touch with their parents when on vacation, for example, or just for playing in the yard. The special feature of giving an opportunity to speak to one person only is especially handy for the situations when lots of people must listen and only one can talk. It is widely used among workers on a campsite when there is a necessity to give instructions. The walkie-talkies are also convenient due to their light weight of just about 100-200 g. They are also featured with a powerful battery of up to 20 hours of unstoppable working with a possibility to change the batteries when it is necessary. The walkie-talkies can be used for communicating on pretty long distances – 5-10 square km and can be switched to another frequency if other people are also using walkie-talkies nearby. And one more case you can use a walkie-talkie is for monitoring you newborn kid – if you live one walkie-talkie turned on in the baby’s room and take another one with you, you can go about your business and not worry about the kid left alone.