Meryl Streep With Her Anti Trump Speech Blew Up The Internet!

The scandal took place on January, 9 during the «Golden globes» ceremony where directors and actors of the American cinema are awarded for their outstanding performance. Hollywood star Meryl Streep, while speaking at the ceremony, accused US President Donald Trump of inciting hatred.

Read about what happened as a result of that in this post! 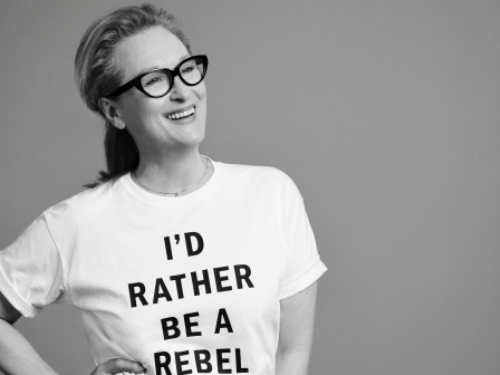 The beginning of the scandal

During the ceremony Meryl Streep gave a speech full of good intentions having tears in her eyes. She was speaking of tolerance and the fact that evil generates evil. The hearts of the audience were being torn apart.

It was obvious that she was talking about Donald Trump but she never said his name. Instead, she listed a lot of great Hollywood actors e who were born in different countries of the world. It was a clear insinuation to the anti-immigration position of the president.

“Hollywood is made up of outsiders and foreigners. If you expel them all [actors], you will not watch anything other than football and mixed martial arts. And they are not art, in fact “, – says Meryl Streep.

She also described the notorious situation where the billionaire parodied a journalist with a disability. Meryl was talking about New York Times reporter Serge Kowalski.

She admitted being repulsed and devastated when the person asking to occupy the most respected position in the US, was making faces while imitating the journalist with a disability. She clearly implied that such a person cannot be the president. 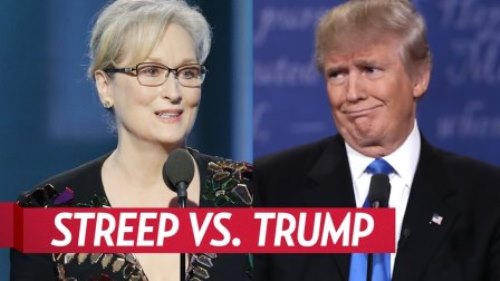 “This year there was one acting job that stunned me and sank its hooks into my heart. Not because it was good. There was nothing good about it.

This was the moment when the person asking to take the most respected seat in our country, imitated a disabled reporter, someone he outranked in privilege, power and the capacity to fight back. It broke my heart when I saw it”.

Check out this Trump speech, and you will understand what we are talking about:

Donald Trump is under fire again, this time for mocking a New York Times reporter that suffers from a chronic condition. CNN’s John Berman reports

We are aware of the position of Meryl against Trump: we saw Meryl Streep as Donald Trump at Public Theater Gala, wearing a full Donald fat suit, a Trump wig and lots of self-tanner all over her face. 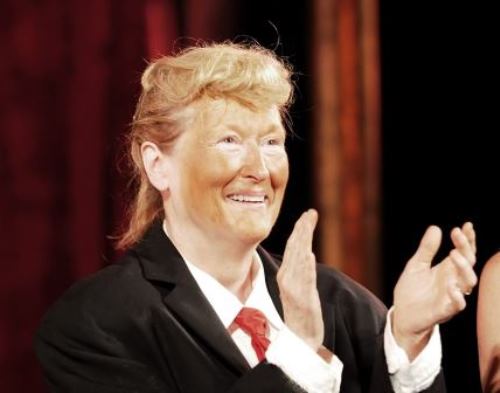 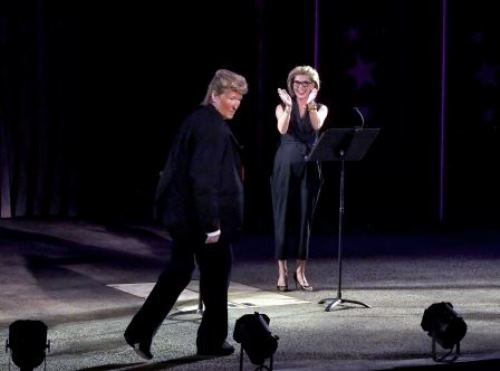 Donald Trump, in his turn, didn’t take long to respond. He was not surprised by the actress’ speech, though as the president admitted he did not hear it at all. 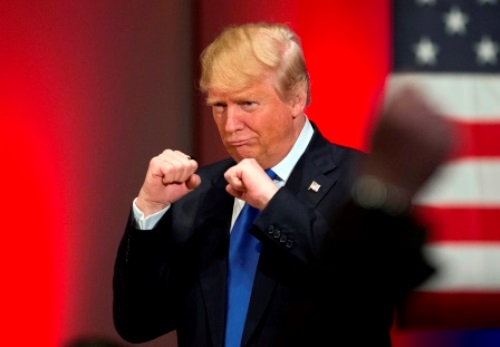 Trump called Meryl Streep a “Hilary flunky” and “the most over-rated actress ever” and her criticism – the “attacks on the part of liberal-minded filmmakers”. 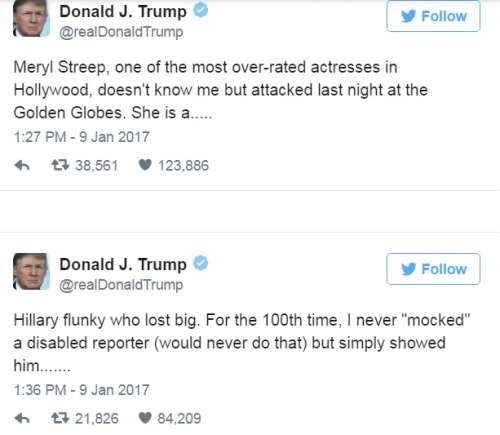 Trump called Streep “over-rated” and a “flunky” after Streep used a keynote speech at the Golden Globes to speak out against Trump’s mocking of a disabled New York Times reporter.

Reaction of celebrities to Meryl’s speech 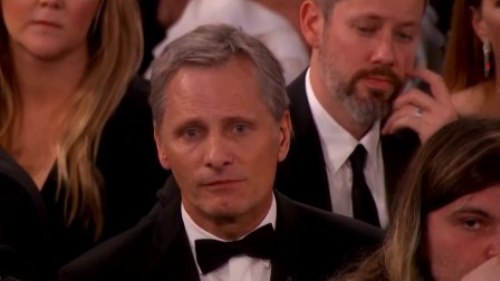 George Clooney was one of the first in Hollywood to react to this “cinema and political” scandal.

“Isn’t it us who are supposed to run the country?”, – Clooney said in response. “He is not the one who I voted for and support and I’ve never thought he’s the right choice.

“Now all we can do is hope that he won’t destroy what we have achieved. We are faced with a situation where have to hope he will try to do a proper job because if we fail, really horrible things can and will happen, so we have to pray that he will manage to do that”.

However, later he added: “I cannot see any signs of it yet”. 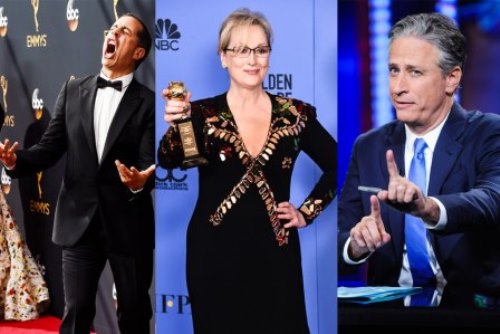 Robert De Niro has sent Maryl a letter where he said: “What you said was just great. It had to be said, and you did it perfectly”. 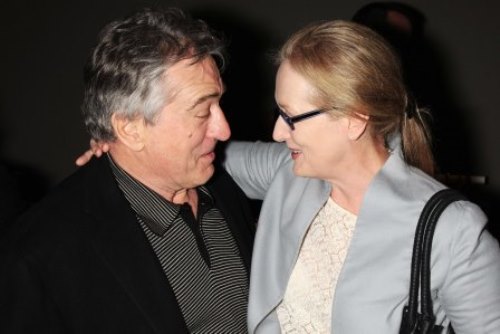 Viola Davis who introduced Meryl Streep to the audience at the “Golden globes” award ceremony, said afterwards that Meryl “earned the right to say this, and I think we all were relieved because she expressed our common feeling”.

After the speech, a lot of celebrities rushed to shake hands with Meryl Streep. The singer John Legend is one of them. The actress was supported by Alyssa Milano, Ellen DeGeneres, Sarah Silverman, Maria Shriver, Bette Midler, Anna Kendrick, Julianne Moore in Tweeter.

What was it all about?

“It was definitely a political order”, many experts believe, as the Obama administration’s immediately supported the actress.

“This is her carefully thought-out point of view that she deeply believes in”, – said White House spokesman Josh Ernest on the next day.

What do you think – was Meryl Streep right in her anti-Trump speech, or not?

Was it her personal initiative or the result of “anti-Trump forces” effort from out of the shadows?

Share your opinion in the comments as it is important for us to hear it! 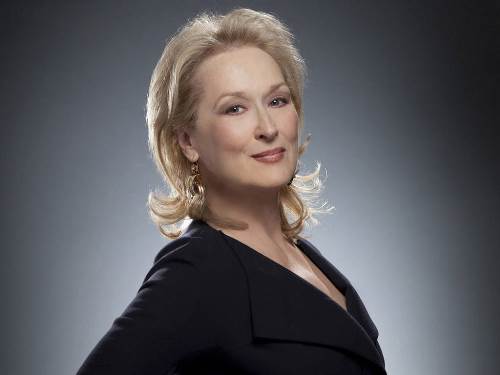