Manchester United is considered to be the favorite team of many football fans. We have analyzed information from the most reliable sources and publish the latest news about the most interesting events taking place in the favorite football club. 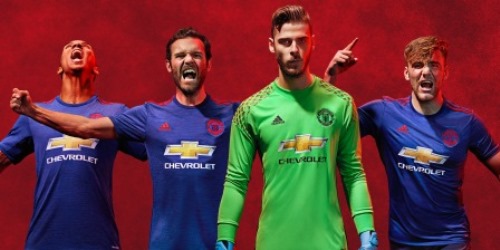 Stay up to date with the latest news in the world of big sports with Jiji!

The list of the highest paid players of all EPL clubs

The Times published the list of the most highly paid players of all Premier League clubs:

Thanks to beating the “Watford” (2:0) “Manchester United” scored 2000 points in the Premier League.

“Manchester United” has become the first football club ever to do it since 1992.

FourFourTwo published a ranking of the 100 best foreign players in the English Premier League.

The striker of Madrid “Real” Cristiano Ronaldo topped this list. He was playing for “Manchester United” from 2003 to 2009.

The second place went to former striker of “Arsenal” Thierry Daniel Henry, and the third – to the ex-striker of “MU” Éric Daniel Pierre Cantona.

Top 10 best foreign players of Premier League according to FourFourTwo:

The net debt of “Manchester United” after the referendum about leaving the European Union and the subsequent strengthening of the dollar in the United Kingdom has reached 409.3 million pounds.

“MU” is going to discuss a new contract with Mourinho

According to the Times, the head coach of “Manchester United” Jose Mourinho is going to discuss a contract extension with the English club at the end of the season. The current agreement with the Portuguese specialist is arranged for three years.

The managers of the ‘Red Devils’ are hoping to extend the contract with the coach for another year. After 24 rounds, “Manchester United” has scored 45 points and taken the 6th place in the Premier League table.