For the first time since Donald Trump was elected, the new President of the United States spoke to the Presdient of Nigeria, Muhammadu Buhari. The conversation took place on Monday, February 13. As President Buhari is currently in London on a medical leave, he took the phone call from his London accommodation. Trump’s call, together with a call to the South African President Jacob Zuma, was part of the Africa day celebration.

Stay in touch with Jiji

After the phone call ended, Femi Adesina, Buhari’s adviser on public relations and media, delivered a statement that offered a short recap of the conversation between the two presidents. The talk started with Mr. Buhari congratulating Mr. Trump for his victory in the presidential election of 2016. The main topic was the continued fight against Boko Haram: Donald Trump praised Muhammadu Buhari’s efforts in fighting against terrorism and Boko Haram as the main terrorist organization functioning in Nigeria. 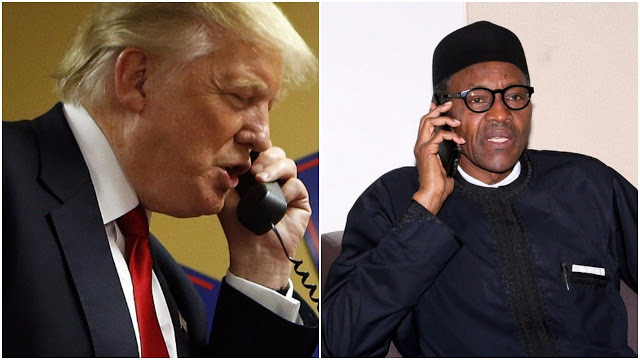 President Trump also discussed possibilities for further cooperation between the two countries, stating that the cooperation between the US and Nigeria is among his top priorities. He also promised unlimited support to Nigeria in its fight against Boko Haram, which includes a supply of military weapons. The phone call was done in a cordial tone and ended with Trump inviting Buhari to visit him in the White House whenever he pleases.