Spring is a special time the signifies the beginning of everything. In some, countries March is actually the beginning of the year, others claim it to be a month of love, and for these celebrities born in March this is the time commemorating the start of their great life path. So who are they, the March born celebrities, and what significance did they offer to Nigeria and the world?

Taribo West is a NIgerian former football player, born in March 26th, 1974 in Opebi, Lagos mansion. There are two things this March-born personality became famous for: 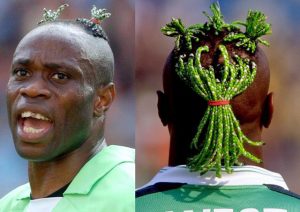 Another representative of Nigerian celebrities born in March 14, 1995, is Lil Kesh, a famous musician, coming from the suburban Bariga area of Lagos State. Being a real goody, Lil has successfully graduated from school, then entered a linguistic University in Lagos, where was a good student. But his path went another direction, as he always was interested in signing and dancing. 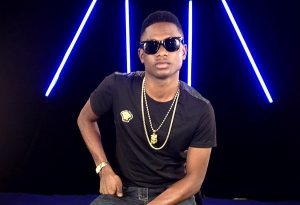 So he decided to become a musician, a rapper to be precise. In spite of his relatively young age, Lil has managed to win several awards so far, such as the Hottest single of the year for “Shoki” and was nominated as the Best New Act to Watch at the NIgeria Entertainment Awards.

Olamide also is one of the Nigerian people born in March and is another ‘musical’ personality. He was born in March 15th, 1989, in Bariga, Lagos State. Though a future famous Nigerian singer studied Mass Communication, he decided to walk a more creative path, bringing such famous singles as ‘Eni Duro’, ‘First of All’, ‘Voice of the Street’, ‘Durosoke’, ‘Stupid Love’, and others. 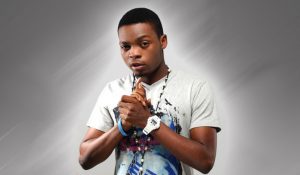 In spite of his young age and almost no time due to much of work, Olamide has managed to become a father. There are rumors that together with his long-term girlfriend, Adebunkunmi Aisha Suleiman, they are expecting a second baby.

Yemi Eberechi Alade, a famous Nigerian musician and just a beautiful lady, was born on March 13th, 1989 in Abia State. She is the fifth of seven children and is a sister to famous Stelea. 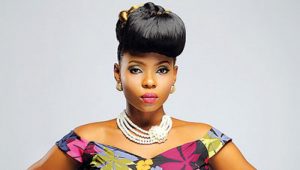 Her music video ‘Johnny’ released in 2014, gained over 800,000 Youtube views in just 2 months! Moreover, the single has become literally an anthem in such countries as Tanzania, Kenya, Ghana, Liberia, South Africa, Zimbabwe, Uganda, and the United Kingdom.

Chioma Chukwuka is a famous Nigerian actress born on March 12th, 1980, in Oraifite, Anambra State. She first attended a nursery primary school, then went to the Federal Government Girls College in Onitsha. Then she headed to a Lagos State University to study Finance and Banking. 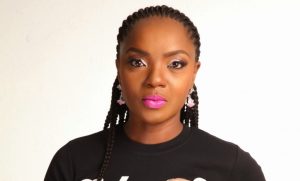 Her career as an actress had started in 2000 from starring in ‘The Handkerchief’. She got the Best Actress in a Leading Role award in 2007 for the ‘Sins in the flesh’, and starred in more than 80 Nollywood movies!

Wasiu Ayinde, a famous fuji musician, was born on March 3rd, 1957, in Agarawu, Lagos Island. His full name is KWAN, which is referred to as King Wasiu Ayinde Marshal I. And he is indeed a king – of his genre in music. Being raised in Lagos Island, Wasiu is grateful for it, as this is the place where as he believes he has raised his talent. 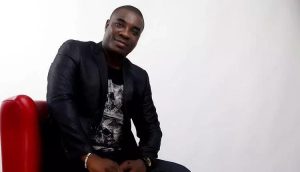 Wasiu is a happy man who was blessed with many children. Sometimes, it seems like he himself cannot say for sure how many of them he’s got, so his answer is simple, “I am blessed with children. Islam doesn’t allow counting of children…”

In his spare time, Wasiu is fond of reading, which helps him broaden his horizons and know what is happening around the world.

A multimillionaire fashion designer, Toyin Lawani, was born on March 1st, 1982, in Ekiti State, South West of Nigeria. Apart from being one of the richest (if not the richest) fashion stylists in Nigeria, she is a big philanthropist. Her entrepreneurial skills she has acquired from her mother, who gave a little 11-year old Toyin a product and told her to go and sell it. So she started making real money already in the age of 16. 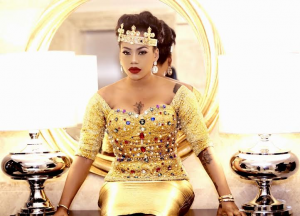 Though Toyin is a successful businesswoman, her life is not limited to working issues only. Besides that, she is also a good mother, and her daughter Tiannah is the one she named her company after.

Install Jiji App now and enjoy the easiness of using it right away!