Red Carpet Looks At The 2018 Grammys

The most prestigious awards ceremony in the music industry, Grammys 2018, took place this weekend in NYC, USA. There were pleasant surprises and disappointments in the outcome of the ceremony, but everyone’s attention was drawn to the fashion on the red carpet. See the best looks right now!

After the smashingly successful 2017, Cardi B finally enjoyed her first big red carpet moment, and what a moment it was! Like Cardi B, this look is slightly over the top, but it works just perfectly for the occasion. 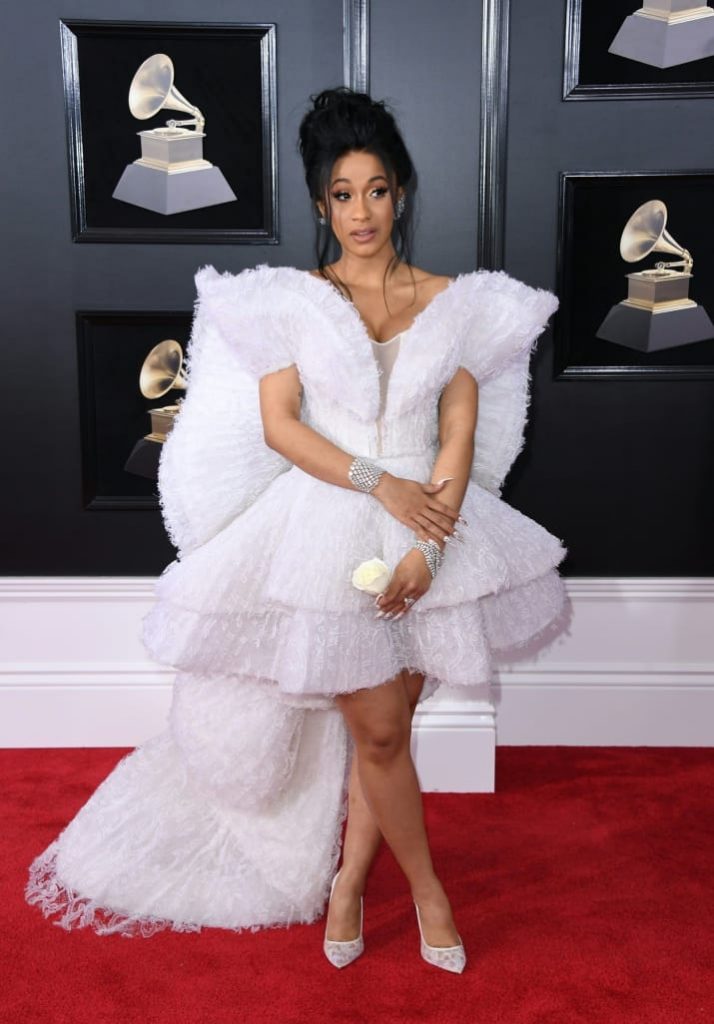 Chrissy Teigen, who is expecting her second child with singer John Legend, simply dazzled on the Grammys 2018 red carpet with her sparkly silver dress and matching metallic clutch. 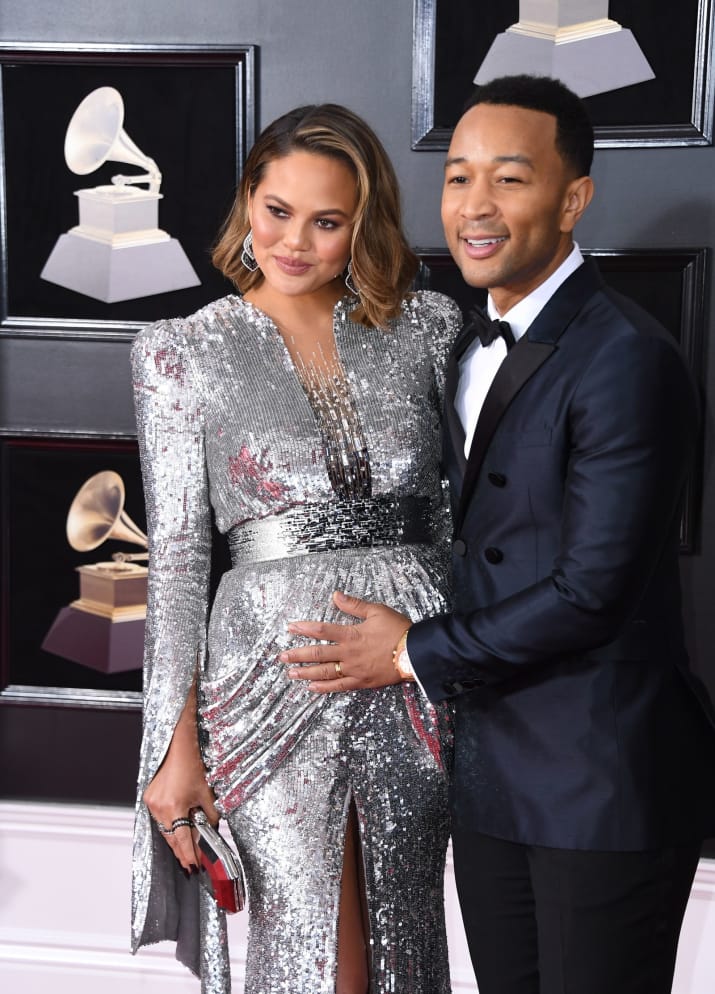 One of the most unexpected things at the red carpet this year was the amount of effort men put into their looks. Rick Ross flawlessly rocked outerwear on 2018’s Grammys and his look certainly made an impression! 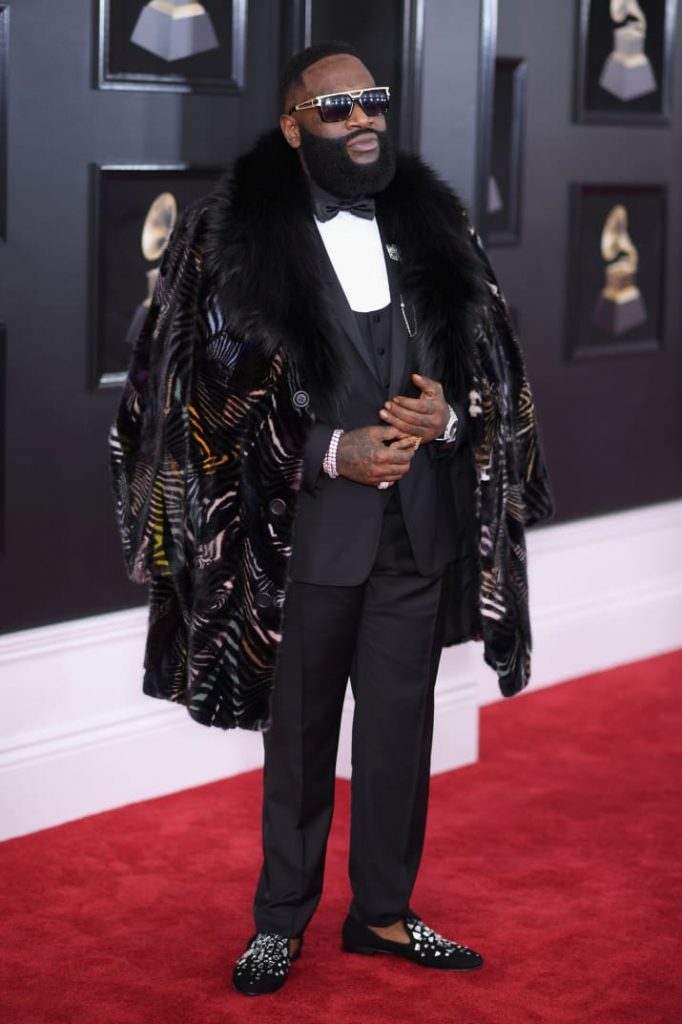 Many celebrities went for the sparkle for 2018 Grammys, which is not really surprising, given that it’s the biggest awards show of the year. However, few of them were as successful as Ashanti with her majestic golden gown. 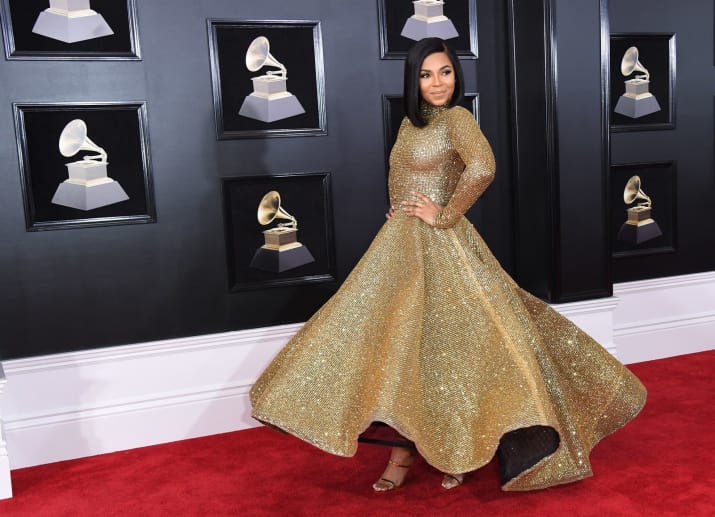 During the past year DJ Khaled’s son Asahd became as popular with fans as his superstar father. On the night of Grammy Awards fans were ecstatic to see the father and son duo in matching burgundy velvet tuxedos. 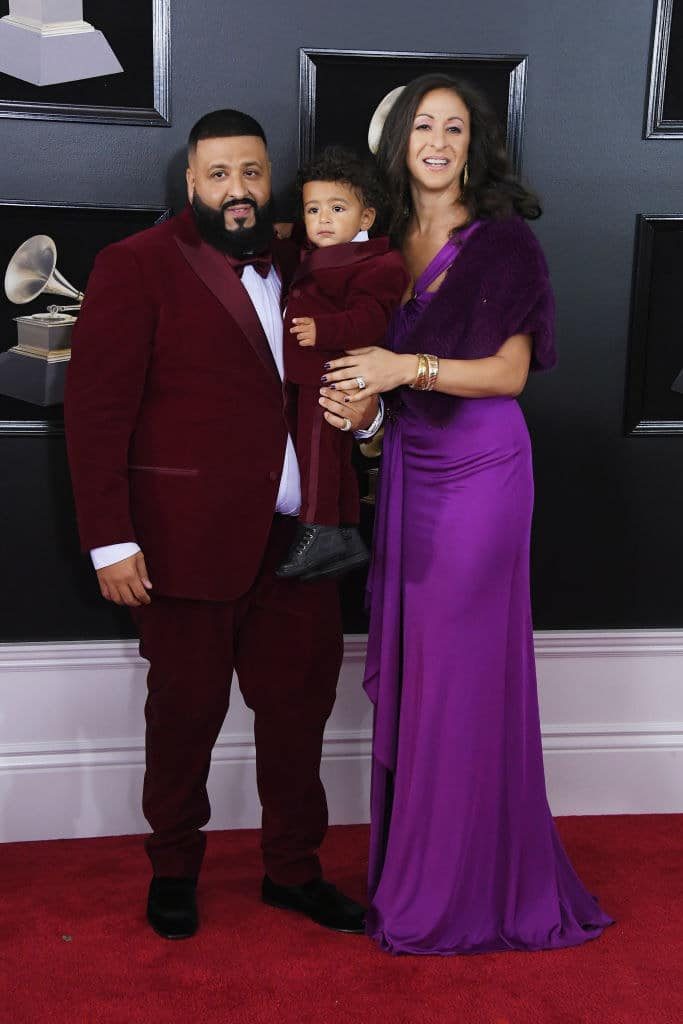 Leave it to Lady Gaga to never fail to surprise the fans and fashion critics with her red carpet choices. Her dress is the perfect combination of fashion, drama, and Gaga’s one-of-a-kind approach to style. 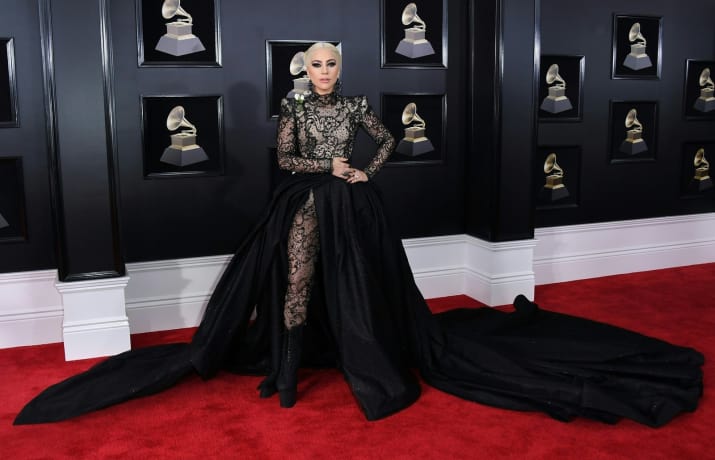 At the night when many celebrities went for fashion-forward and sometimes groundbreaking outfits, Rita Ora decided to stick with old school glamour. The vintage cut of this dress and the classic Hollywood hairstyle work great for this event. 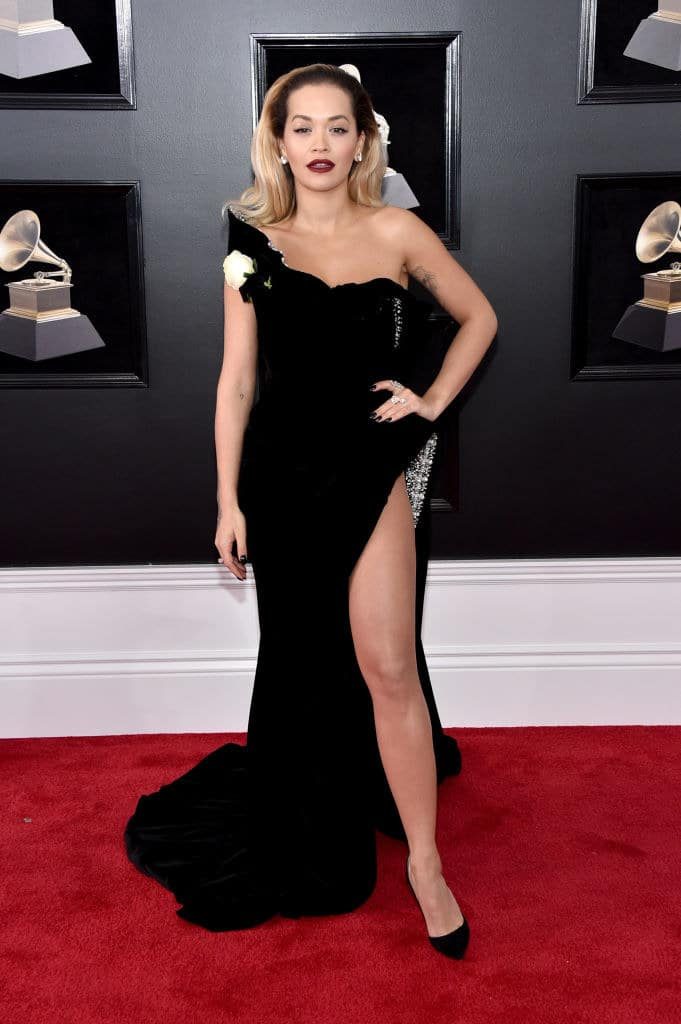 Janelle Monae is one of the celebrities who never looks boring on the red carpet, even though most of her looks are inspired by menswear. Janelle’s Grammys 2018 outfit was no exception: the beautiful embroidery takes the whole look to the next level. 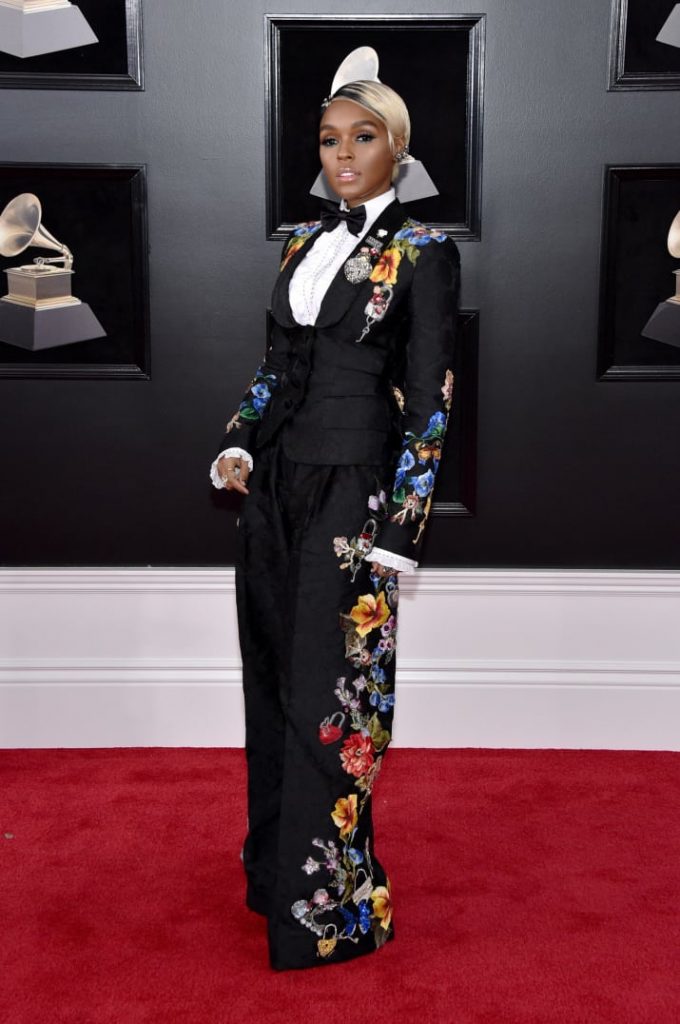 Many fans were upset when SZA didn’t win in the categories she was nominated for, but at least her red carpet outfit was among the most memorable ones of the night. The delicate fabric of the dress, the whimsical cut and SZA’s gorgeous hair are what makes this look great. 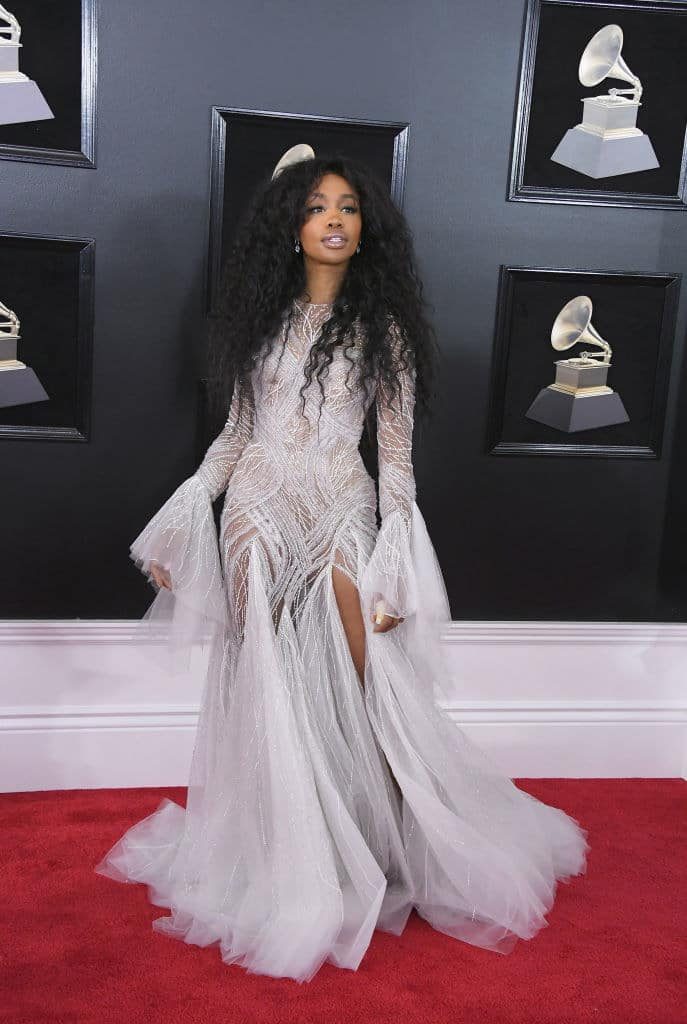 Eve hasn’t been a frequent red carpet guest in the past few years, which is why her appearance at the Grammys 2018, complete with her flawless sparkly suit, was a delight to millions of fans. 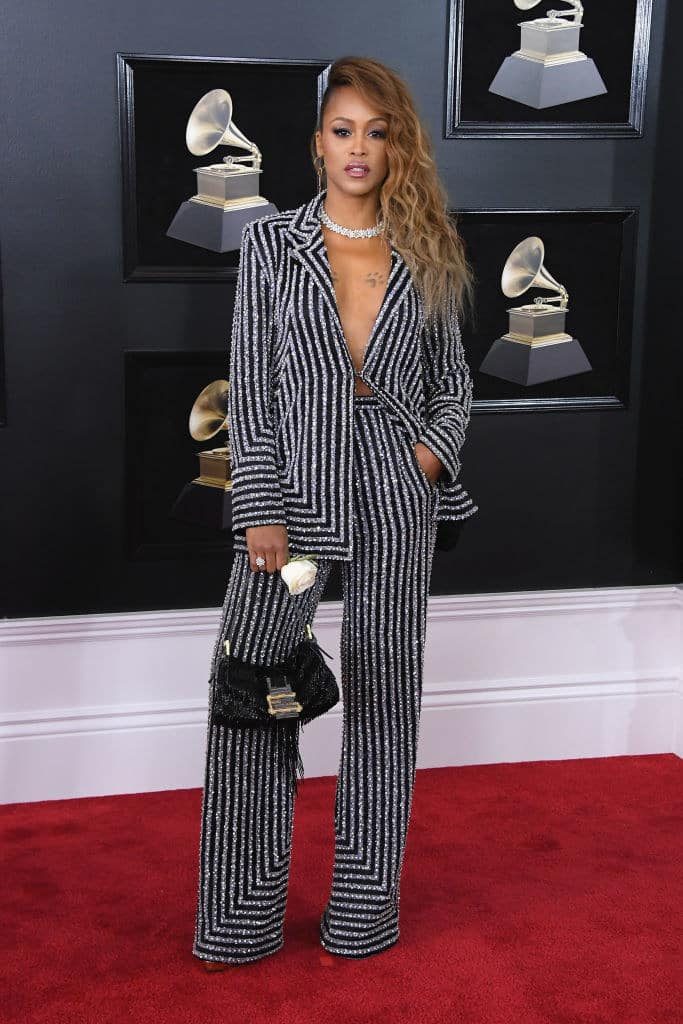 Rihanna didn’t walk the red carpet at this year’s Grammys, but she did have one of the most memorable performances of the night. For her energy-filled number she chose a striking fuchsia dress that is simply perfect for dancing. 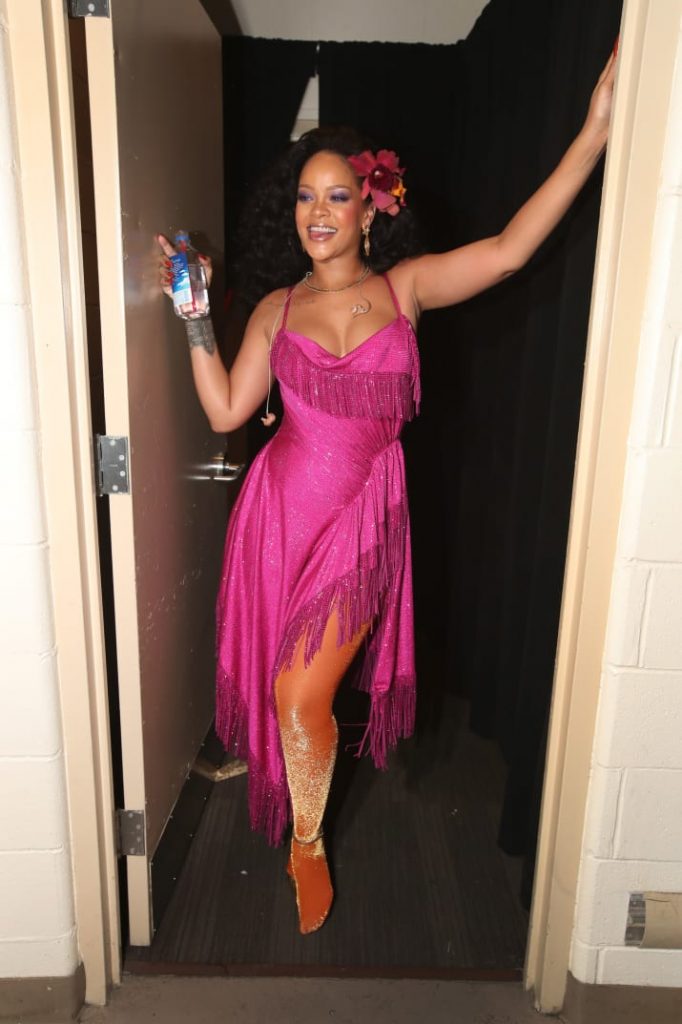 It’s always nice to see a man who isn’t afraid of sparkles on the red carpet, and this year Camryn Howard rocked one of the most impressive looks of the evening. His sequined tuxedo made everyone swoon! 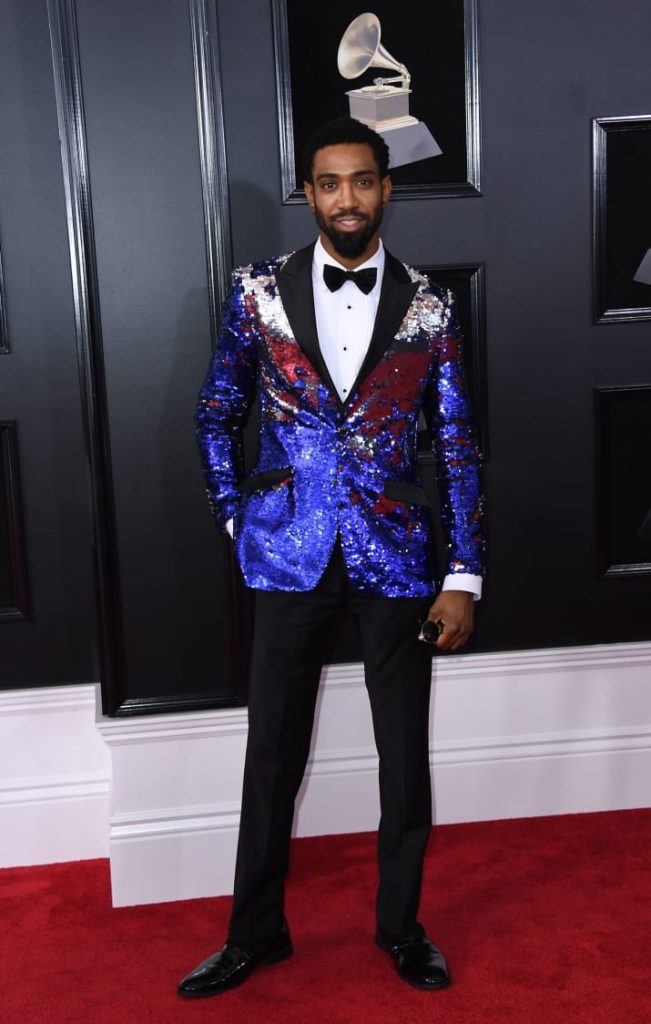 Out of all menswear-inspired looks worn by ladies for Grammys 2018, Andra Day’s was the most delicate and elegant one. The contrasting colours, the killer shoes and the striking nails – what’s not to love? 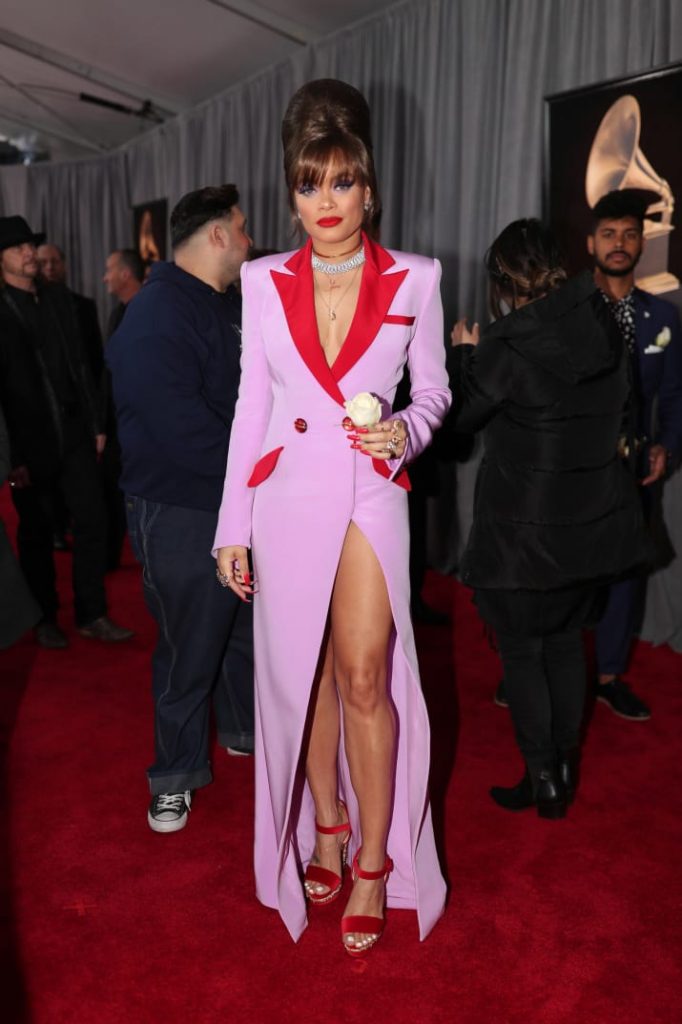 Lana Del Rey decided to keep to her usual aesthetic and showed up in the most ethereal and otherworldly look of the night. The outfit is made even better with the addition of a silver crown, which instantly became an iconic part of the 2018 Grammys. 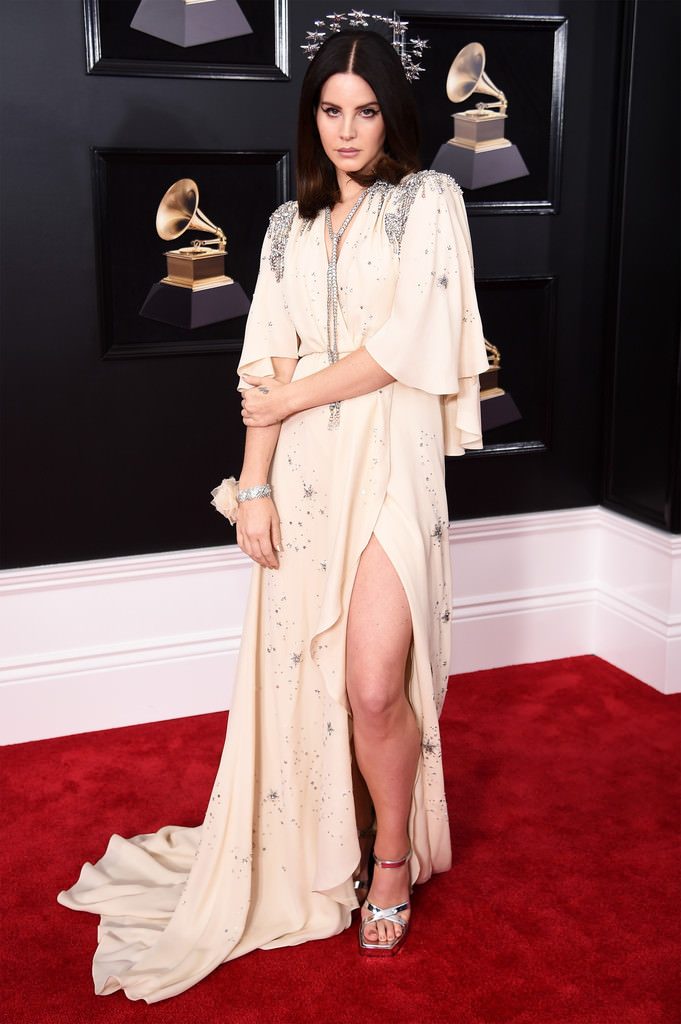 The winner of the Best New Artist award Alessia Cara stayed true to her relaxed and casual red carpet style. She is rarely seen in something other than sneakers and comfortable trousers, and her Grammys 2018 look was instantly recognizable. 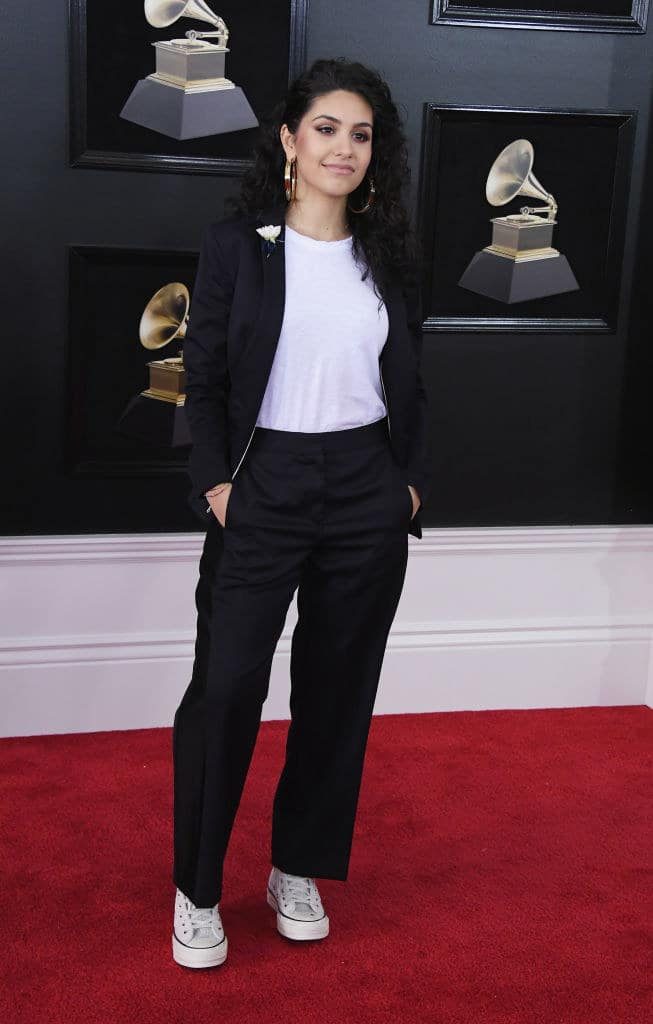 Find your new favourite outfit on the Jiji app