12 Most Luxurious And Beautiful Celebrity Weddings

They are gorgeous, luxurious and beautiful, dresses from famous designers and a honeymoon at exotic resorts – this all is about celebrity weddings. From John and Jackie Kennedy to Kim Kardashian and Kanye West, today, we will talk about 12 most beautiful and stylish weddings of the 20th and the 21st centuries: 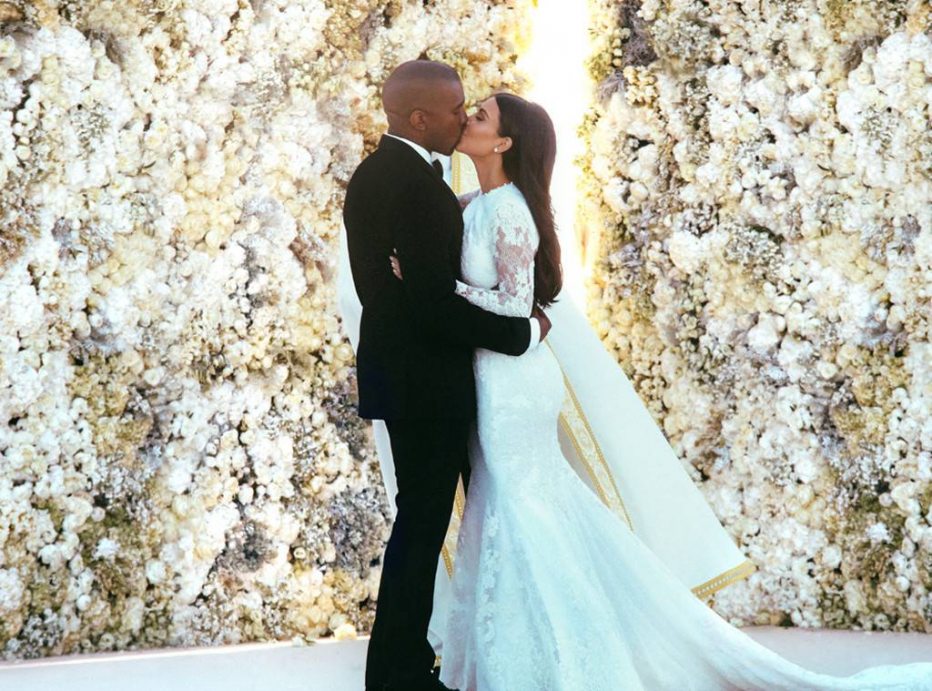 A magnificent celebration met all the expectations of the public: a beautiful ceremony in the medieval fortress of Forte di Belvedere in Florence, the bride chose a wedding dresses created by Givenchy, a lot of white roses, and a photo shoot against their background- the scope and entourage of this celebrity wedding can not fail to impress. 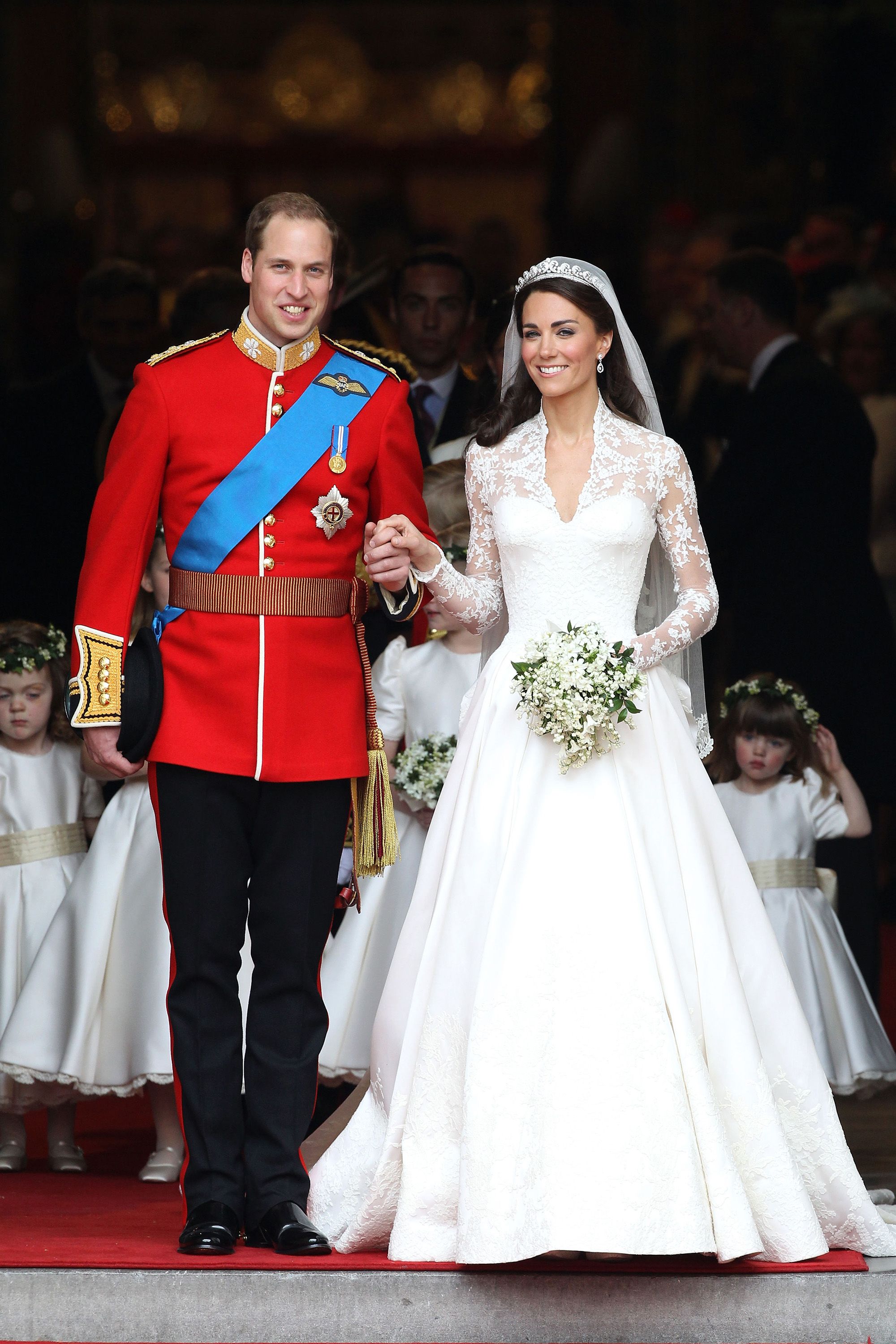 The ceremony was watched by the whole world – more than 72 million people watched the broadcast of the ceremony only on YouTube. Kate appeared in a wedding dress from Alexander McQueen. The wedding and the subsequent celebration were traditionally held at Westminster Abbey and Buckingham Palace, where about 2000 guests arrived, including Sir Elton John, Rowan Atkinson, Guy Ritchie, David and Victoria Beckham, and Mario Testino. 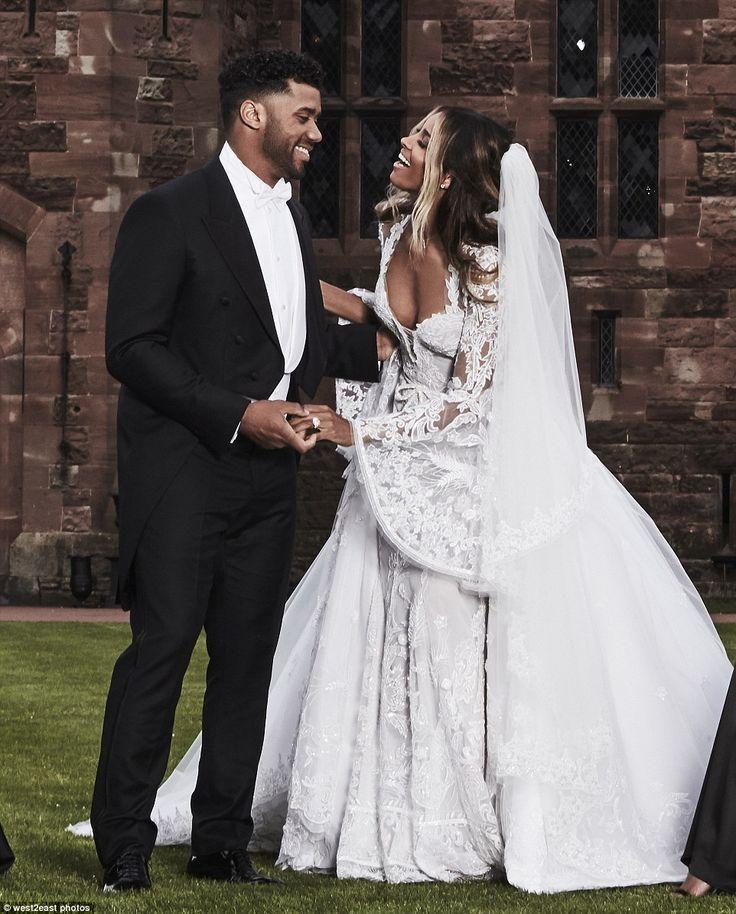 Ciara and her boyfriend Russell Wilson officially became husband and wife in 2016. The wedding took place in England. For the wedding ceremony, Ciara chose a dress with a lush skirt and lace sleeves from Roberto Cavalli, created by the creative director of the brand, Peter Dundas. There were only relatives and friends, including a close friend of the bride – Jennifer Hudson.

The wedding of Princess Diana and Prince Charles, which took place on July 29, 1981, is not in vain called the most beautiful and fabulous wedding of the 20th century. The wedding ceremony of Prince Charles and Diana Spencer can be described in three words – expensive, beautiful and non-standard. The wedding took place in St Paul’s Cathedral, at Westminster Abbey, where all royal weddings are traditionally held. When the bride left the crew, the crowd gasped – she was wearing a luxurious ivory wedding dress with an amazing 8-meter train, and her head was adorned with a precious family tiara. In case of unforeseen circumstances, two more exact copies of this wedding dress were made, which, fortunately, they were not needed. 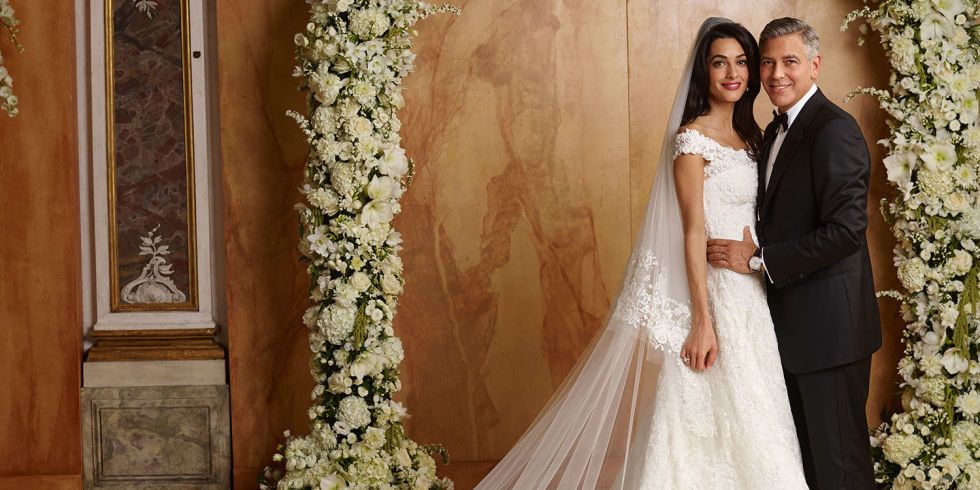 The wedding of the year – this is how the Italians christened the wedding ceremony of a famous American actor, director and producer George Clooney and British lawyer of Lebanese origin Amal Alamuddin. Since Clooney is a convinced atheist, the wedding was not in the church, but in the mayor’s office. Numerous friends and colleagues of the couple were present at the event, the most notable of which were: Cindy Crawford, Bill Murray, Bono, Wintour, Matt Damon with his wife Luciana Barroso. The celebration was held in the luxurious hotel Aman Canal Grande, located on the Grand Canal of Venice. The bride was in the dress created by Oscar de la Renta. 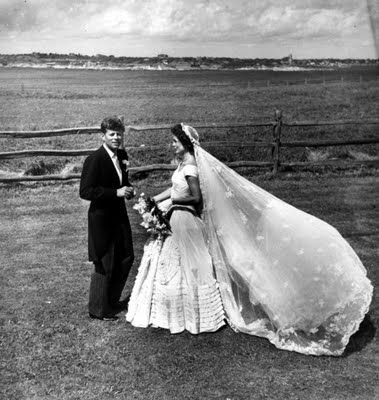 Jacqueline did not want a sensation and luxury wedding. However, John Kennedy (or rather, his father) insisted on the pathetic ceremony. The newlyweds received blessing for a long happy life from the Pope. The wedding dress was made by a famous designer from New York. That dress went down in history. It was the most famous wedding dress in the world. 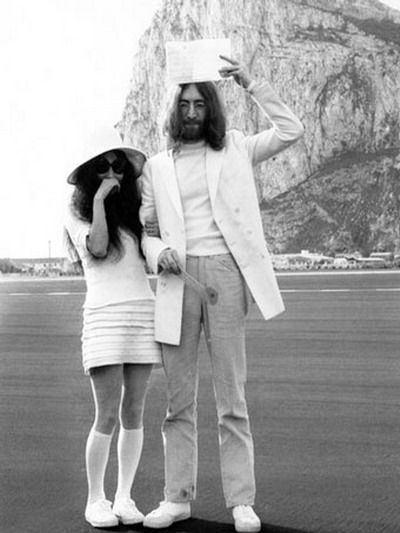 The wedding of the legendary John Lennon and the avant-garde artist Yoko Ono was on March 20 in 1969. The wedding was unusual but very romantic: March 1969 was spent in Paris, it was a honeymoon, and then they flew to Gibraltar with a special plane to register the marriage. The bride and groom were in white and wearing white tennis slippers.

Their wedding was in Italy. The ceremony was a family one – surrounded by close friends and relatives. Neil and David were dressed in tuxedos from Tom Ford. In addition, singing of Elton John became one of the significant events at the wedding. 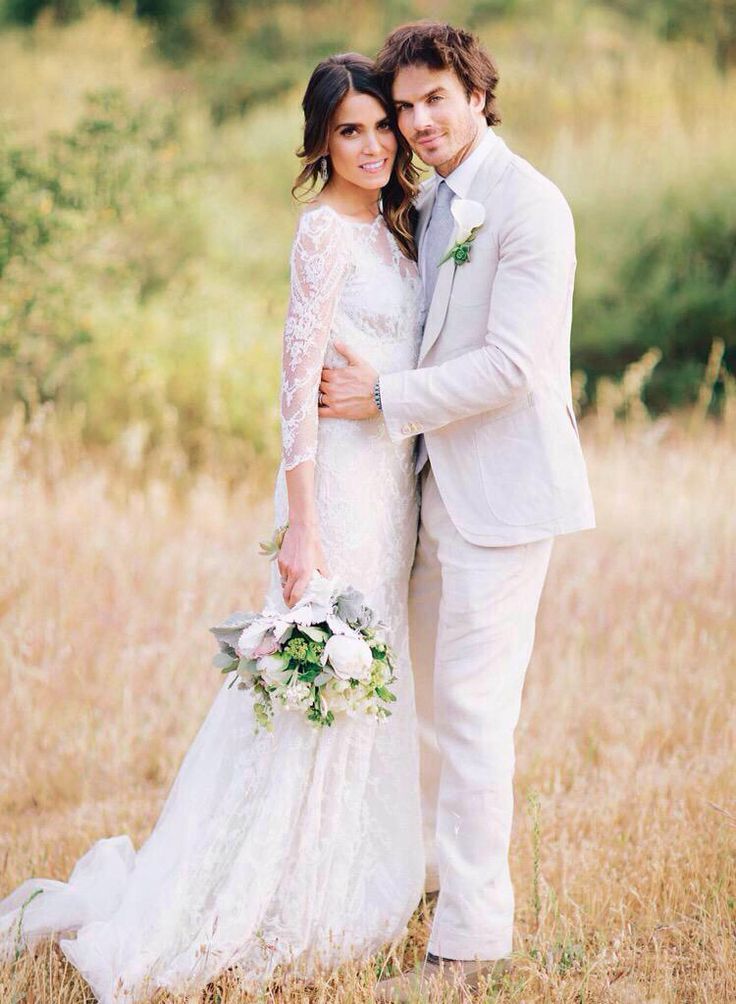 In the spring of 2015, a couple of talented and young actors decided to legitimize their relationship. The wedding of Ian Somerhalder and Nikki Reed was to remain a secret, but the ubiquitous paparazzi hired a helicopter to have time to photograph the guests and the newlyweds from the air. On this day, Nikki had a lacy snow-white wedding dress with long sleeves, a train and a deep neckline on her back. Ian was wearing a light suit and a blue tie. 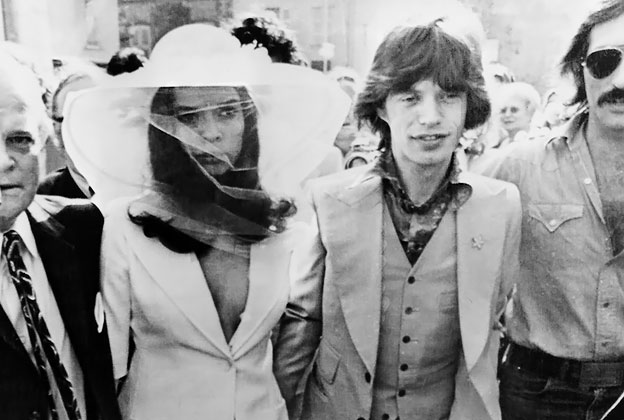 The wedding of Mickey and Bianchi Jagger was in May 1971 in the south of France in Saint-Tropez. It became no less famous in the fashion world than the marriage of Grace Kelly and the Prince of Monaco. In the 70s, the suit of the bride from Yves Saint Laurent was one of the most talked in the press and at the parties: Bianca wore a tuxedo jacket and a skirt on her naked body (with full and obvious lack of underwear). 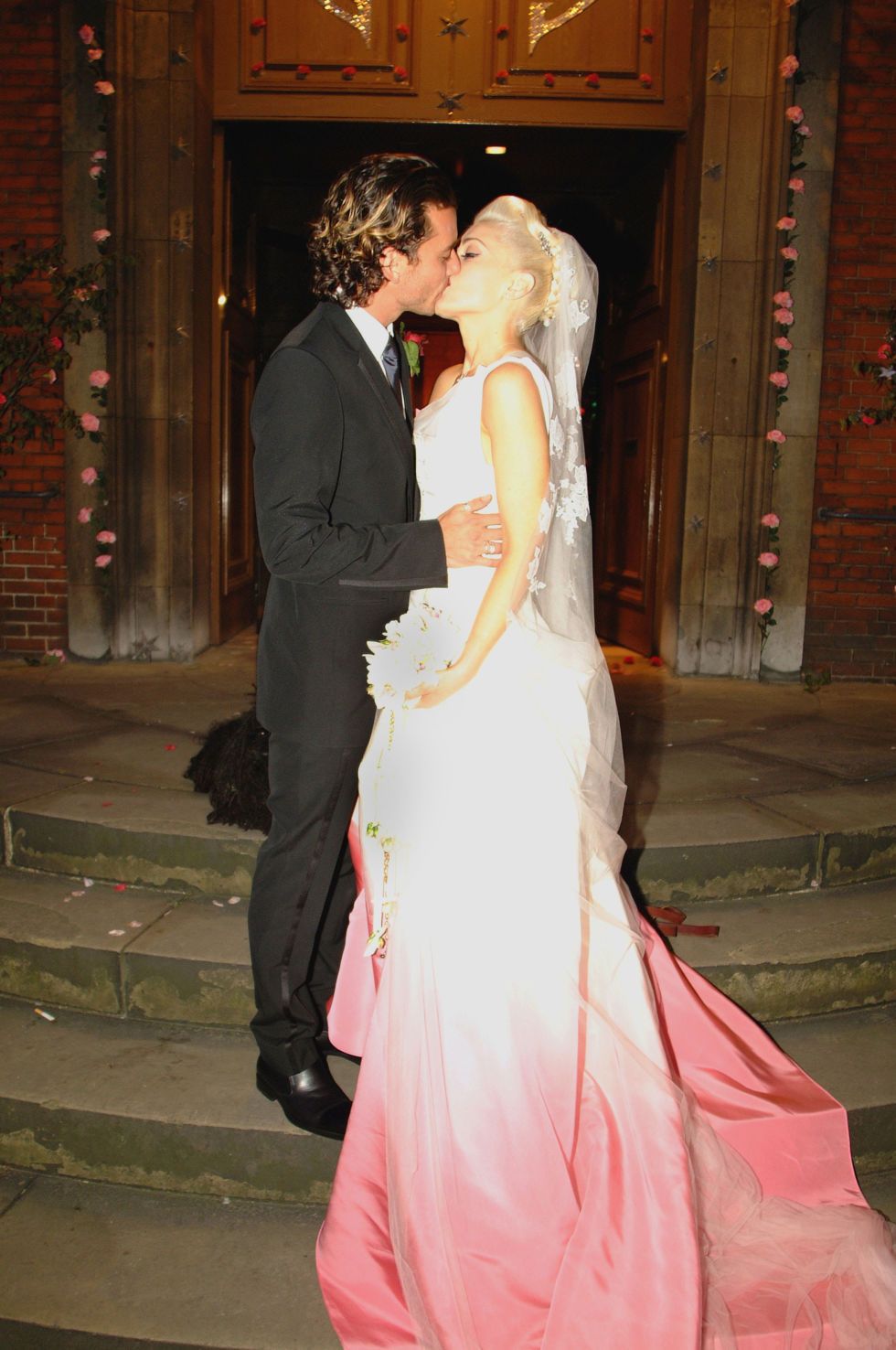 On September 14, 2002, the wedding of a famous singer Gwen Stefani and a musician Gavin Rossdale took place. The 32-year-old Gwen and 34-year-old Gavin went to the St.Paul’s Church in London. Gwen looked great in her wedding dress from Galliano, which gradually changed from white to bright-red to the bottom. Gavin preferred a traditional black classic suit. In addition, the ceremony was attended by Gwen’s beloved shepherd that was decorated with roses. 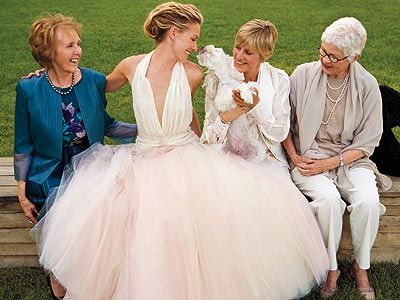 The wedding took place on August 16, 2008, in Los Angeles, it was attended by only 19 of the closest people. Both celebrities were dressed in Zac Pozen outfits and held bouquets of roses in the same color.