Is Melania Trump The Only One In A Long Line Of First Ladies To Not Have A Degree?

The beautiful first ladies of the United States have a lot in common – they are intelligent, smart, family oriented, and extremely supportive to their husbands. Nevertheless, there is a tiny detail that differentiates the current first lady, Melania Trump, from other American presidents’ wives. We are talking about her degree, or as it’ll be more correct to say – its absence. 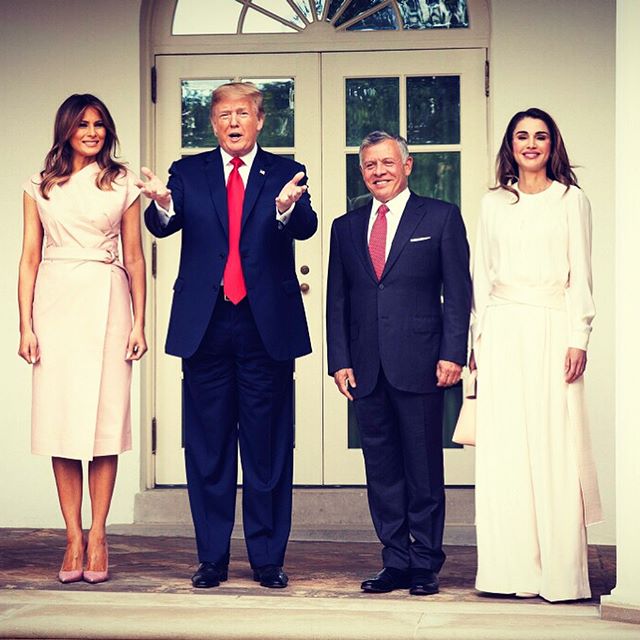 What is Melania Trump’s education?

Melania Trump is the wife of President Donald Trump and the mother of their 12-year-old son Barron. Melania was born in Slovenia. At the age of she signed a contract with a modeling agency in France. Melania worked with renowned fashion houses in Paris and Milan and graced covers of top fashion magazines.

Then, as you know, Melania moved to the U.S. where she met her future husband and current president of the United States, Donald Trump. Unlike other American first ladies, Melania Trump does not have a college degree. In fact, Mrs. Trump studied architecture and design at the University of Ljubljana for 1 year, but she dropped out to concentrate on her modeling career. According to Wikipedia, as well as CBS News, Melania is not listed in the university’s official public records as having finished with a degree. 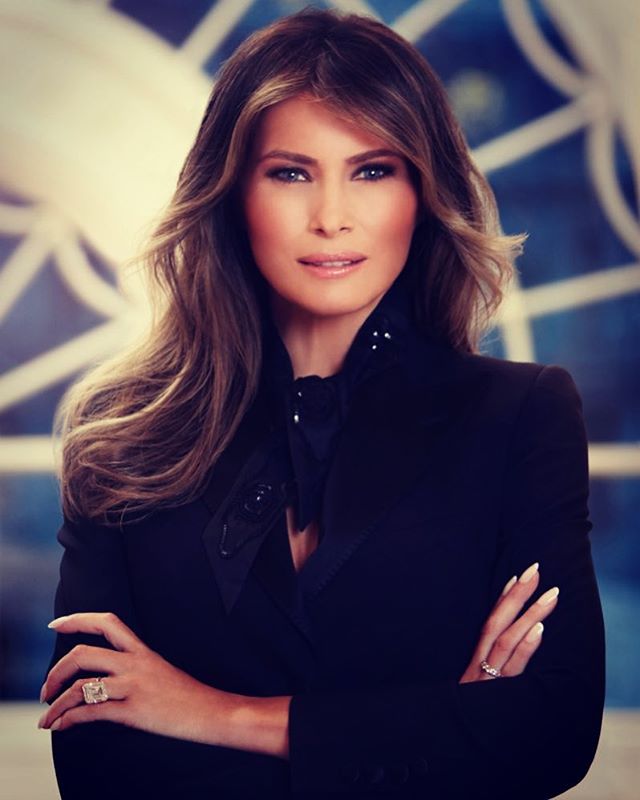 What about other first ladies?

As for the rest of the first ladies of the United States, all of them have higher education.

As you see, American first ladies are not only beautiful and sophisticated but well-educated as well. In our opinion, they all could have run for president and gotten the victory just like their smart spouses. Who knows, maybe Melania will still get her diploma in the future. After all, it is never too late to learn!

Other interesting facts about Melania

Melanija Knavs was born in then-Yugoslavia in 1970. She walked her first catwalk at only 5 years of age. She got her start in fashion thanks to her mother, Amalija Ulčnik, who developed patterns for a clothing factory.

After a year of architecture classes at the local university, Melania started modeling full-time. She Germanized her name to Melania Knauss and worked in Milan and Paris until an agency owner (and friend of Donald Trump) brought her to New York. She later appeared in Vanity Fair, Vogue and the Sports Illustrated Swimsuit Issue. 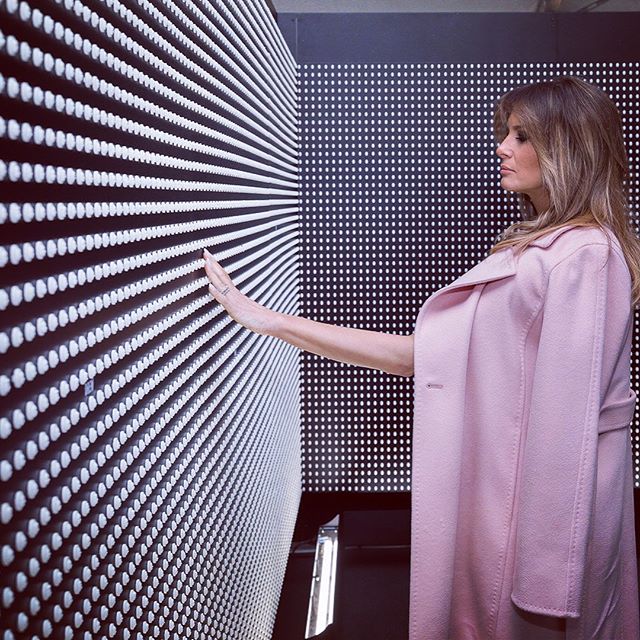 The couple reconciled within six months and got engaged in 2004. Their winter wedding in Florida featured a star-studded guest list (including Katie Couric, Heidi Klum, Shaq, Barbara Walters, Simon Cowell, Billy Joel and yes, the Clintons), as well as a $200,000 Dior dress that reportedly took over 1,000 hours to make.

She is a philanthropist

Melania has served as a Goodwill Ambassador for the American Red Cross and as a member of the Police Athletic League. She does not use a nanny Despite her glamorous lifestyle, Melania believes in being a hands-on parent when it comes to raising her son Barron. “I don’t have a nanny,” she told Harper’s Bazaar in 2016. “I have a chef, and I have my assistant, and that’s it. I do it myself. You know, those hours with your child are really important ones.» 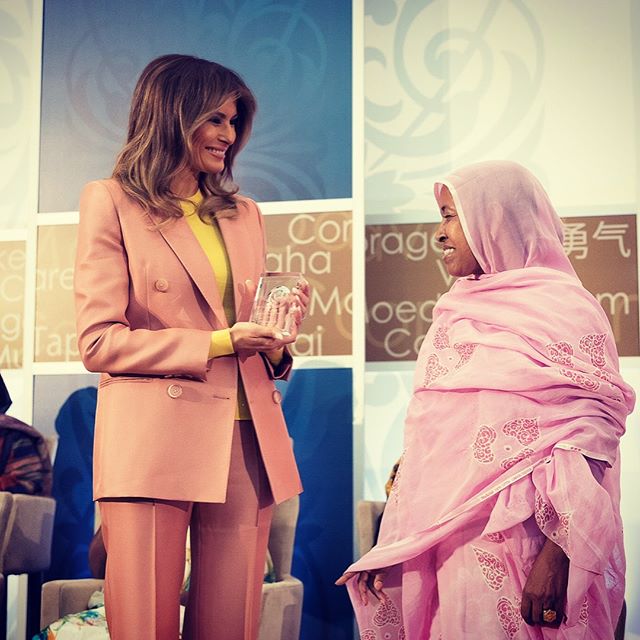 There is a reason she did not have a second child

When in 2013 she was asked by ABC News about the possibility of more children, Melania replied, “We are happy and my hands are full with my 2 boys — my big boy and my little boy!»

She knows an insane number of languages

Besides her native Slovene, Melania speaks English, French and Italian fluently, and apparently some Serbo-Croatian and German as well, according to Vox. She recently put her Italian to use while visiting a children’s hospital in Rome this spring.

After her visit to the Vatican, her spokeswoman confirmed Melania practices Catholicism. She was obviously secretly baptized as a child because the League of Communists of Slovenia controlled the country at the time.

She is the second foreign-born First Lady

Louisa Adams, the wife of 6th president John Quincy Adams, was born in London. Melania became a permanent resident of the United States in 2001, and a citizen in 2006. 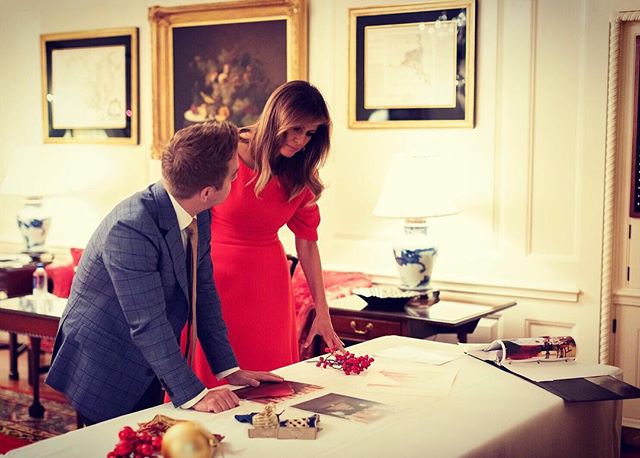 Her Secret Service name is «Muse”

Per tradition, it starts with the same letter as her husband’s alias, Mogul. Other First Ladies have gone by Evergreen (Hillary Clinton), Renaissance (Michelle Obama), and Tempo (Laura Bush).

She is one of the tallest First Ladies

Given her former career, you would think Melania took the top spot but her 5-foot-11 frame actually stands even with Michelle Obama and Eleanor Roosevelt, according to CBS. She holds others superlatives though, like the first naturalized U.S. citizen to become First Lady and the only one born in a communist country.