As time goes by, our society is becoming more and more supportive of LGBTQ+ individuals, and this has paved the way for these 2018 celebrity coming out stories. From models to actors to musicians, plenty of stars came out as gay, bisexual, pansexual, and more in 2018.

Despite the fact, diversity is on the rise across television, movies, and other mediums, many groups still feel their experience is not touched on as often as it could be. The stories below helped many other LGBTQ+ people feel more accepted and represented in the media. Here, you’ll find a chronological list of people who came out this year with the most recent celebs to come out listed first.

Who are some famous people who came out in 2018? After a poem he penned caused widespread speculation about his sexuality, singer Jason Mraz confirmed he was attracted to both women and men in a Billboard interview. Amandla Stenberg, best known as Rue in The Hunger Games, came out as a lesbian in 2018. While Tessa Thompson and Janelle Monae would not confirm whether they were dating, they both opened up about their respective sexual orientations this year.

Here are the celebrities who came out in 2018.

Model and actor Derek Chadwick came out as gay just before he appeared on the August 2018 issue of Gay Times Magazine, stating: “I would identify now as gay…I think I realized vaguely at school that I was gay, like officially.

There was a point that I just knew. I have a very private life, and because I haven’t been out, I’ve been nervous about people seeing my personality because I didn’t want them to jump to conclusions about me without knowing my whole story”.

In response to backlash for her lyrics on the 2018 hit “Girls,” Rita Ora apologized via Twitter. While the song faced criticism for reinforcing stereotypes, Ora came out in her Tweet and stated the song was meant to reflect her own personal experience as a member of the LGBTQ+ community:

“‘Girls’ was written to represent my truth and is an accurate account of a very real and honest experience in my life. I have had romantic relationships with women and men throughout my life and this is my personal journey”.

Jason Mraz’s contribution to Billboard’s 2018 “Love Letter to the LGBTQ Community” series led to widespread speculation that the singer is bisexual.

Mraz confirmed his sexuality in a July 2018 interview with Billboard, stating: “But I’ve had experiences with men, even while I was dating the woman who became my wife. It was like, “Wow, does that mean I am gay?” And my wife laid it out for me.

She calls it “two spirit,” which is what the Native Americans call someone who can love both man and woman. I really like that”.

Steven Universe creator Rebecca Sugar came out as non-binary in an NPR interview in July 2018. She said, “I am also a non-binary woman which is been really great to express myself through these characters because it’s very much how I have felt throughout my life.”

First day of tour. Can’t believe I’m touring with @weezer this summer. How did this asshole 👆🏻 get his childhood dreams to come true. I may never know. Thank you to everyone who came out and rocked out with us. And my best outfit ever designed by my beautiful friend @afrancodesigner This is gonna be an unbelievable summer. #weezer #panicatthedisco

359.9k Likes, 10k Comments – Brendon Urie (@brendonurie) on Instagram: “First day of tour. Can’t believe I’m touring with @weezer this summer. How did this asshole 👆🏻 get…”

In a July 6, 2018 interview with Paper, Brendon Urie came out as pansexual. The Panic at the Disco singer stated: “I guess you could qualify me as pansexual because I really don’t care. If a person is great, then a person is great. I just like good people, if your heart’s in the right place. I’m definitely attracted to men. It’s just people that I am attracted to”.
Age: 30
Birthplace: Summerlin, Nevada, United States of America

my coming out video hit 1 million views AHH🌟🏳️‍🌈 Thank you so much. I’m so proud to donate all the money to incredible LGBTQ+ charities. I’ve grown immensely as a person since uploading that video and I’m just really proud of myself. I hope my story and opening up can help many others. Love to you all ❤️🤗

YouTube celebrity Jessie Paege came out as bisexual in a series of YouTube videos in the summer of 2018. She later said in an interview with The Advocate:

“I always was a bit hesitant when it came to relationships and romance growing up. I was never the friend in a relationship or talking about crushes, and I think that came from my own insecurity and feelings. I realized that the term “bisexual” is fluid and the label fit me perfectly and the feelings I was scared of in high school.”
Age: 19
Birthplace: New Jersey, United States of America
Profession: YouTuber.

took a little Instagram nap. I’m up now. #tbt to @stylistmagazine shoot. what a fun one.

In a 2018 interview, Tessa Thomspon spoke openly about being bisexual. She said, “[In my family] you can be anything you want to be. I’m attracted to men and also to women. If I bring a woman home, [or] a man, we don’t even have to have the discussion.”

Thompson is rumored to be in a romantic relationship with Janelle Monae, but Thompson did not directly confirm or deny the relationship in the interview. She only stated that the two loved each other deeply and she understood why people speculated about their relationship.
Age: 34
Birthplace: Los Angeles, California, United States of America

208k Likes, 13 Comments – Paris-Michael K. Jackalope (@parisjackson) on Instagram: “stoked to announce that i’m the newest face of @penshoppe! watch out for the rest of my campaign on…”

In 2018, Paris Jackson came out as bisexual publicly though she had been out to her family and friends since she was 14. She confirmed her sexuality in a Tweet, stating: “How many times have I publicly referred to the community as ‘my fellow LGBTQ+’? Like, even on stage. I’ve been apart of the community for years. I even mentioned having crushes on girls when I was eight in a magazine before. I’ve been caught kissing girls in public”.
Age: 19
Profession: Actor, TV Personality.

GIVEAWAY! 💕 We’re BACK with this contest, this time as #BMGLiveOutProud! 🌈SWIPE RIGHT to watch the video & read below: (Also a huge thanks to @clarencemortonphoto for this amazing photo!! Check out his page for more epic art and creativity!!) 🌸 1) Follow @boymeetsgirlusa, @cassandrabankson & @trevorproject. 2) Comment below, and tell us what LOVE means to you on @boymeetsgirlusa’s post as well as @cassandrabankson’s post. 3) We will be selecting TEN winners! 4) Each winner will receive a BOY MEETS GIRL PRIDE UNISEX T-SHIRT (with the choice of the BOY MEETS BOY logo, GIRL MEETS GIRL logo, or BOY MEETS GIRL logo). From there, upon receiving your t-shirt — we ask that you make a video with your t-shirt, with the answer you posted to the question. It will then be shared on @boymeetsgirlusa’s Instagram. Good luck! 👍🏻 This contest will run from 5/22/18 until 5/25/18 at 11:59 PM EST. We thank you in advance for your patience while we verify the winners. Per Instagram rules, this is in no way sponsored, administered, or associated with Instagram, Inc. By entering this giveaway you are confirming you are 18+ years of age, release Instagram of responsibility, & agree to their terms of use. #boymeetsgirl #boymeetsgirlusa #boymeetsboy #girlmeetsgirl #cassandraxboymeetsgirl #cassandraxboymeetsboy #cassandraxgirlmeetsgirl #trevorproject

785 Likes, 72 Comments – Cassandra Bankson (@cassandrabankson) on Instagram: “GIVEAWAY! 💕 We’re BACK with this contest, this time as #BMGLiveOutProud! 🌈SWIPE RIGHT to watch the…”

YouTube star Cassandra Bankson came out as gay in a 2018 video where she stated: “I struggled with self-harm growing up, and a lot of that stemmed from trying to mitigate my attraction to other women. I was destroying myself over something I can’t change. Maybe this will be the wake up call to someone who is homophobic or hateful, to show that who I love doesn’t change who I am”.

In a June 2018 interview, Amandla Stenberg spoke openly about being gay. She stated, “I’m grateful for how being gay has afforded me this ability to experience and understand love and sex, and therefore life, in an expansive and infinite way.”
Age: 19
Birthplace: Los Angeles, California, United States of America 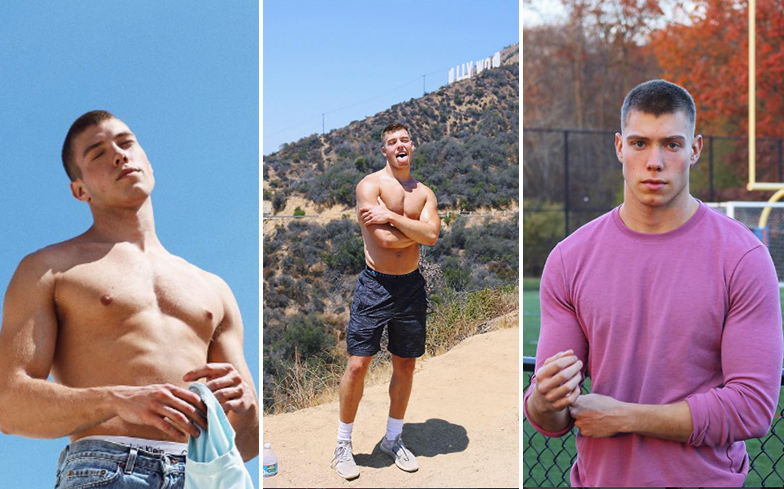 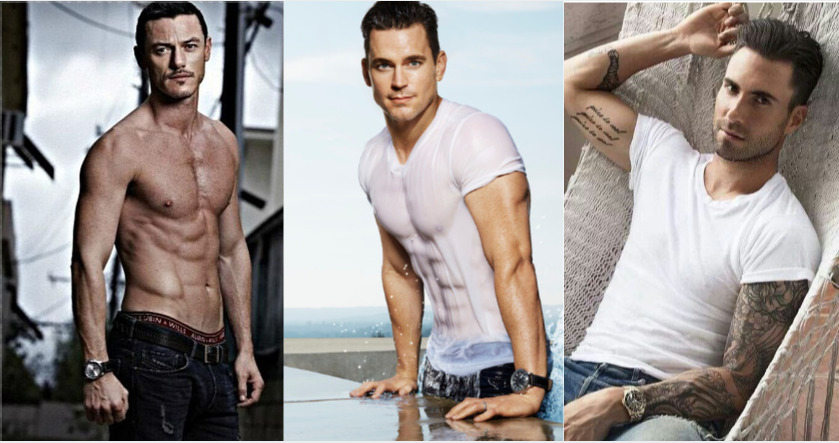