Most Adorable Moments Between Celebrity Parents And Their Kids

Celebrities are just like regular parents: they bake, cuddle, take day trips with their kids and love to show them off on social media. Take a look at these adorable pictures of some of the aww-worthy moments between celebrity parents and their kids.

Hilary Duff had a fun beach day with her six-year-old son Luca. Flaunting her baby bump, the actress shared a cute snap of her and Luca posing to Instagram, writing: “My sweet sweet boy. Oh the adventures we’ve had.” The pair seem to be enjoying their one-on-one time together before a new baby comes into the picture.

Justin Timberlake and Jessica Biel’s son Silas has a smooch from his mom during the family’s time in Paris. The singer, who is in town for his Man of the WoodsEuropean tour, shared the adorable shot on his Instagram with the caption: “If that pic doesn’t say ‘City Of Love’ then I’m out…”

Ciara, who posed for husband Russell Wilson with their daughter Sienna in their first photo together on February 16, returned the favor and posted this adorable image of the NFL star and their baby girl. The singer captioned this photo: “Daddy and SiSi. To Sweet ”

Megan Fox shared a rare photo of her and Brian Austin Green’s youngest son Journey with her mom Gloria on January 11, 2018. The mom-of-three captioned the photo of her one-year-old boy, “Clone Wars” as the trio bare an uncanny resemblance.

Drew Barrymore only had eyes for her daughter Olive in a new Instagram post that kicked off what she is thankful for in 2017. The mom-of-two wrote alongside the image of her five-year-old: “The love of my life. Olive. Sunday. Thanksgiving weekend. I hope everyone had a safe and happy holiday. This is a very special time. And may it bring out the best in all of us. And all the spirit of family and loved ones. I never knew I could love so much. I never knew I would be so lucky one day to be a mom. Thank you to all our many blessings for our family. And we wish them right back to yours.”

Kevin and Danielle Jonas taught their daughters Alena and Valentina about giving back during their day to kick off the Ronald McDonald House Charities Raise Love campaign.

Orlando Bloom was gearing up for Father’s Day 2017 with his son Flynn. Both dad and son sported wide grins with his and Miranda’s boy showing off his missing front tooth.

New mom Ali Fedotowsky shared some beauty secrets with her daughter Molly, including her way to defeat tired looking eyes! Ali took to Instagram to share the adorable moment (and tip), writing:

“These are the faces of a momma and baby that got little to no sleep the past few nights. The time change traveling back and forth to the east coast did not help us in the sleep department. Have you guys tried Witch Hazel to get rid of under eye puffiness (both from air travel and no sleep)? My grandma swore by it and now so do I. This @DickinsonsWitchHazel de-puffing eye gel, inner eye highlighter (opens the eye) and coffee are what’s getting me through this week. Go snag yours at CVS.”

Prime minister and a painter! Justin Trudeau, in his sweats, helped his and Sophie’s three children Xavier, nine, Ella-Grace, eight, and three-year-old Hadrien paint a mural that featured a castle in their home.

Sophie showed off their work on Instagram writing, “What did we do after staring at the beige basement walls on a rainy day? A mural!!!! Nothing better than art and colours to wake up our spirits. A vos pinceaux les enfants!”

Katie Holmes’ daughter Suri Cruise has made a furry new friend! The youngster was seen cuddling up to a baby kangaroo, in a photo posted on Instagram by her proud mom. The ten-year-old was the picture of happiness while backstage at Good Morning America, cradling the joey in her arms and beaming down at the animal while Katie posed behind her daughter.

Kate Hudson and her ex Matt Bellamy surprised their son Bingham and his brother Ryder with the show of a lifetime. The actress posted a photo of her, the boys and Matt smiling around the band, Twenty One Pilots.

“Surprised the boys tonight with their favorite band @twentyonepilots. Thank you guys and the whole TOP family for making it so special. We had a blast.”

David Beckham enjoyed a day out in New York City with his kids. While Victoria was hard at work, the proud dad took Brooklyn, 17, Romeo, 14, Cruz, 11, and five-year-old Harper – to the Museum of Natural History. Lucky for us, he shared snaps of their family day on Instagram! Seen here, David showed a giddy Harper a butterfly at the museum. He wrote:

“Natural History Museum .. The Butterfly Room if you haven’t been there trust me you need to go… But watch out for the HUGE blue ones ….”

Will Kopelman enjoyed a date night in New York City with his and ex-wife Drew Barrymore’s daughters, Olive (left) and Frankie (right). The trio were all smiles as they attended a screening for The Lego Batman Movie.

Supermen in training! Chris Hemsworth and his twin boys Sasha and Tristan had a fun day at superhero camp.

Heidi Klum looked snug as a bug in bed with her children, Helene, Henry, Johan and Lou. “Bed time. ZzzzZzzzZzzzz,” the model captioned the family photo.

Kanye West showed off his paternal side in new photos released by his wife Kim Kardashian. The rapper held his son Saint close in one photo, while he played outdoors with his stylish daughter North in another.

Jeremy Renner might play a superhero in the Avengers, but he’s also a super dad! The actor treated his daughter Ava and friends to a sweet spa day and tea party. Sharing a picture of his little girl getting a pedicure, the Hollywood star penned, “Thx ms katie @thepaintednail for girl spa day and tea party with all the little ladies #theonlydude #hostingladies #ohboy.”

Kim Kardashian has been all about family since making her return to social media. The reality TV star shared an intimate snap of her holding on to one-year-old son Saint with the sweet caption “My son.”

Like father, like daughter! Charlie Sheen posted a rare photo of himself with his and Denise Richard’s 12-year-old daughter Sam. Attached to the picture, the actor wrote, “sami: So how was your day dad? dad: well sweetie, it went a little something like this… ❤ © &.”

Jerry and Jessica Seinfeld enjoyed a winter getaway with their three children (Sascha, Shepherd and Julian). The Seinfeld’s star’s wife posted a rare picture on Instagram of her kids in their snow gear writing, “And for one half of a second, they stopped fighting. I am about to lose it. This is our holiday card because I didn’t do one. Happy holidays. If we make it to 2017 it will be a miracle.” 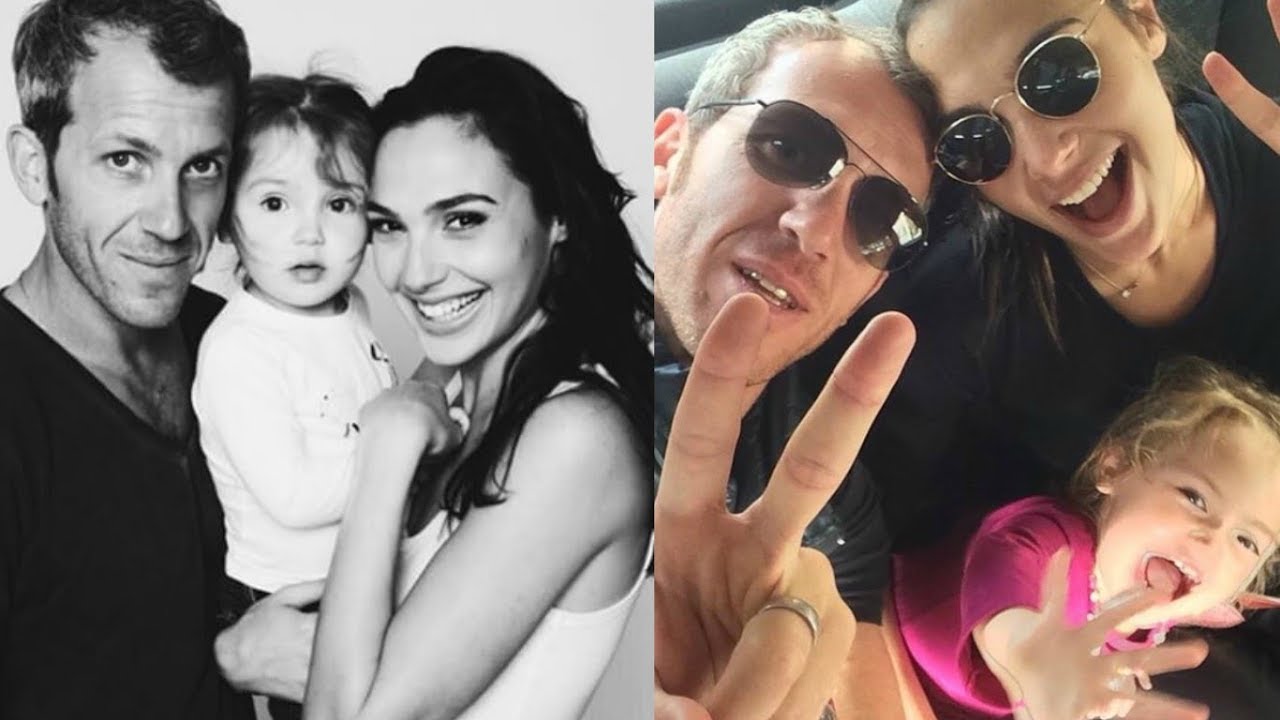 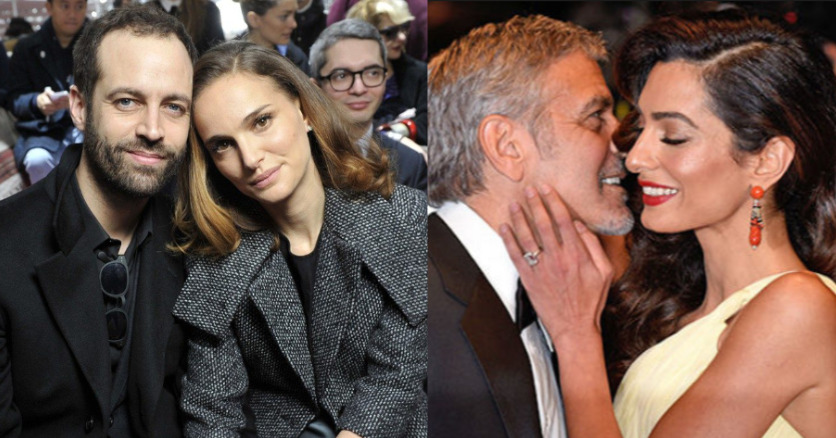 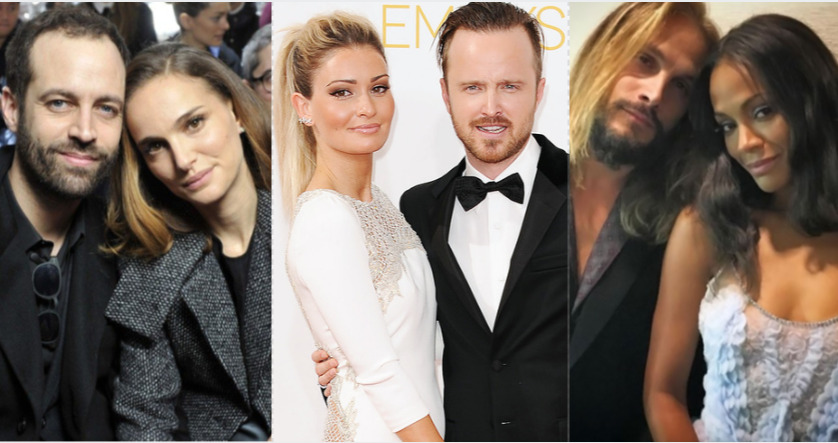 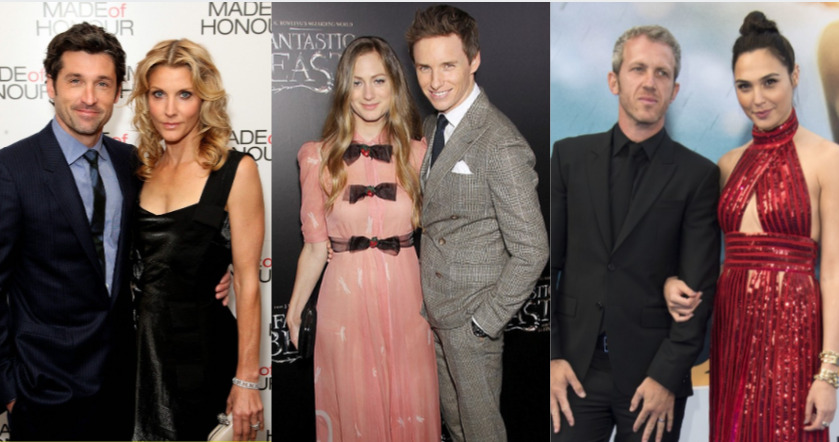