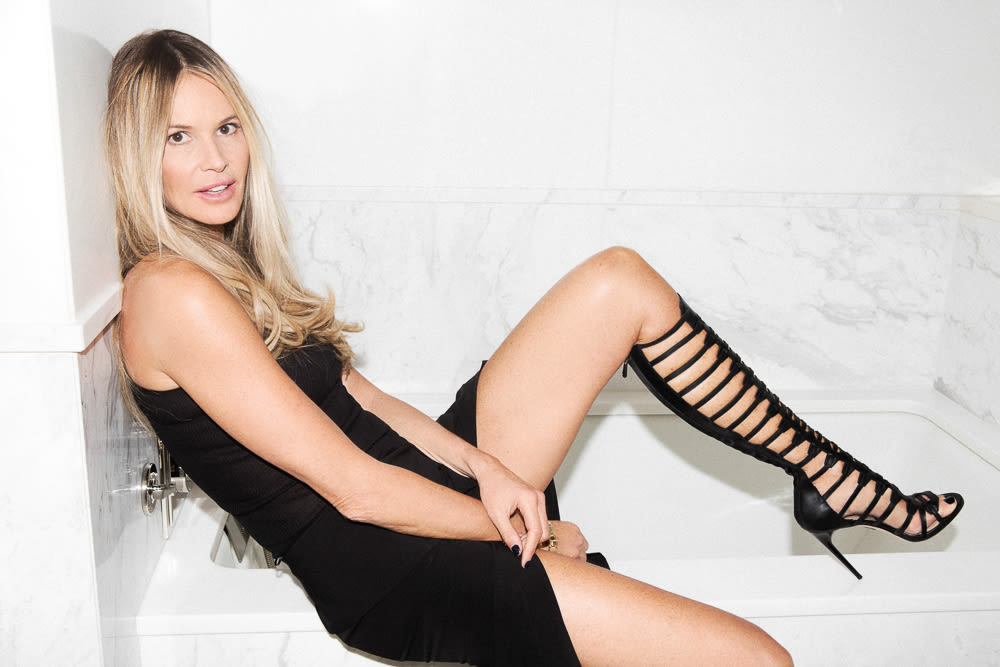 Her name is mentioned next to the world famous Naomi Campbell, Eva Evangelista and Cindy Crawford. Once she enjoyed insane success and took part in the advertising campaigns of almost all the famous brands. Initially, Elle did not even think about the career of the model. But, fate likes to present surprises. During the summer holidays, a slender and pretty girl was noticed by a man from a modeling agency and suggested to go with him to New York.

The first photo session turned out to be quite successful and the beginning model was offered to sign a contract with the Click agency, which gave her confidence and influenced the decision to quit everything and to stay in New York. In the future, she was seen in such major publications as Harper’s Bazaar, Cosmopolitan, GQ, Vogue and even Playboy.