Infinix Launches The Infinix Hot 8! Price And Specs In Nigeria

The Infinix Hot lineup of smartphones is known all over the world for its ability to fit the most coveted characteristics under a budget-friendly price tag. The Infinix Hot 8 is the latest addition to the series that was unveiled last week. Here is everything you need to know about the Infinix Hot 8!

If you are a fan of the Infinix Hot series of smartphones, you already know that these affordable devices are perfectly capable of everyday tasks but not too outstanding in their specs. So what exactly can buyers expect to find under the hood of the Infinix Hot 8?

The Infinix Hot 8 is one of the many Infinix phones released this year that have a waterdrop-shaped notch on top of the screen, so the design of the front of the device will probably not surprise you. The 6.52-inch IPS display is certainly big, but the 20:9 aspect ratio makes operating the large display easier and more satisfying.

As soon as the Hot 8 was unveiled, viewers were surprised to see a budget smartphone to feature a glass back panel design. This design cue instantly elevates the look of the device and makes it look far more expensive. The Infinix Hot 8 comes in four colour options: black, grey, purple, and cyan. The fingerprint scanner is again located in the back of the device, even though many brands have moved their scanners under the front glass. 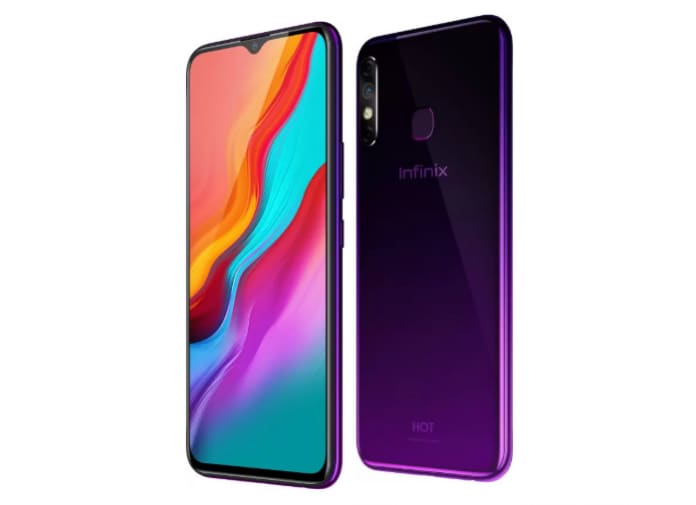 As it’s often the case, Infinix released two versions of the Hot 8. The first one comes with a MediaTek MT6761 Helio A22 chipset that is paired to 2GB of RAM and 32GB of storage. The more expensive option is equipped with an MT6762 chipset and has 4GB of RAM and 64GB of storage, which is twice as much as the most affordable option has.

With the PowerVR GE8320 GPU, you can expect your new phone to run all the latest games and apps, especially if you go for the 4GB version of the Infinix Hot 8. Both versions are running Android 9.0 Pie with Infinix’s own XOS 5.0 for improved performance and usability. 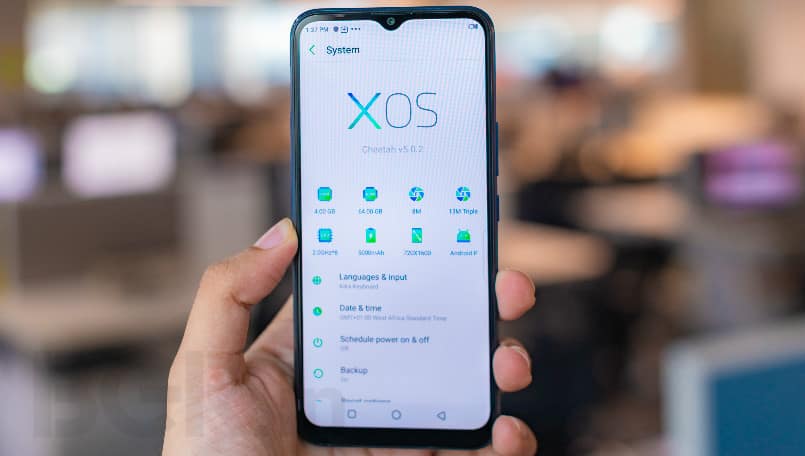 If you have closely watched the Infinix releases this year, you are probably not going to be surprised by the fact that the Infinix Hot 8 comes with a triple camera setup in the back. The 13MP + 2MP cameras, along with the QVGA camera under the LED flash, will satisfy your photography needs in any lighting. The front camera is represented by an 8MP shooter for beautiful selfies.

One of the most noticeable improvements in the new Infinix Hot 8 is the battery, which got a 5,000 capacity upgrade and should last you for a whole day on heavy use. Unfortunately, there is currently no information on how long the phone takes to charge or whether there is a fast-charging feature, although we expect these specifications to be released soon. 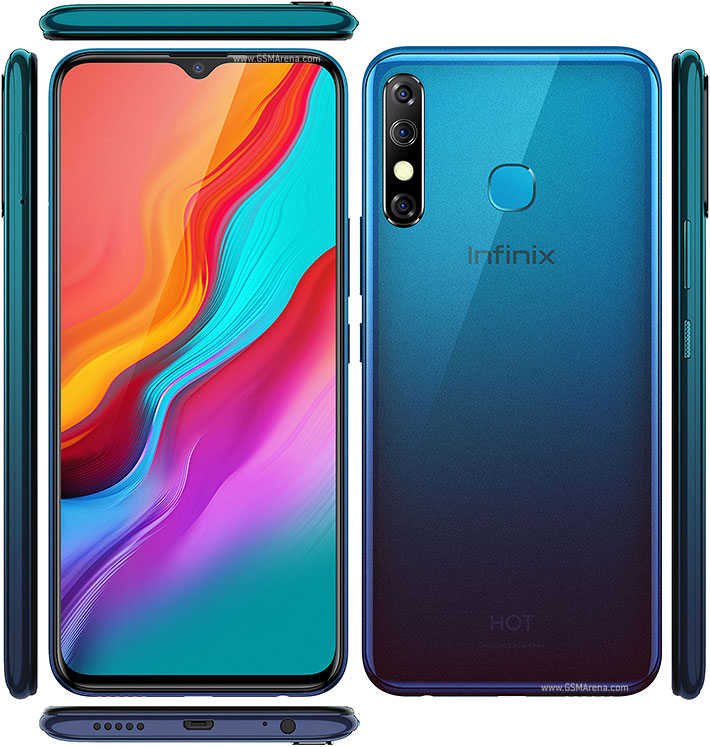 The Infinix Hot 8 was made officially available on September 12th, which means that you can already find it in select stores around the country. The price for the Hot 8 starts at ₦35,000 for the 2GB version.