If you’re only going to buy your first iPad, or already have this awesome tablet, you probably plan to use it for work and entertainment. iPad has decent working capabilities and lots of useful office apps, but entertainment is where it truly shines. There are thousands of games designed specifically for iPad. Use our list of top 8 most fun and addictive iPad games that you can download absolutely for free and never get bored again!

Buy your new iPad on Jiji

This game belongs to the racing iPad games, but it looks and feels nothing like the usual racing apps. Here you will have to drive your car across the craziest terrains you can imagine. There are stunts and jumps to perform and graceful landings to make, but most importantly, your car has no brakes, which just adds to the thrill of the game. 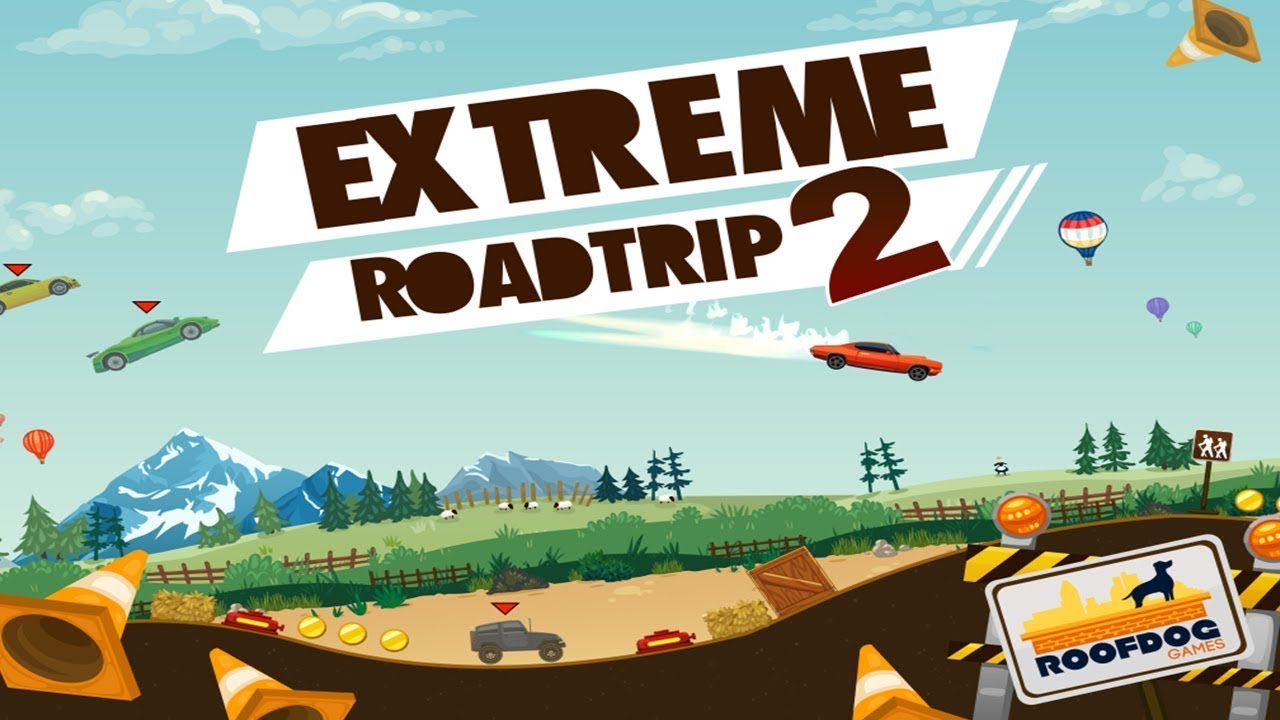 Who doesn’t know the good old Sims? You can play this classic game on any device, and iPad is no exception. Sims FreePlay lets you do everything you normally do with your Sims characters, including building a perfect home, creating a family, and managing them, completing objectives and discovering new things to try in this game along the way. 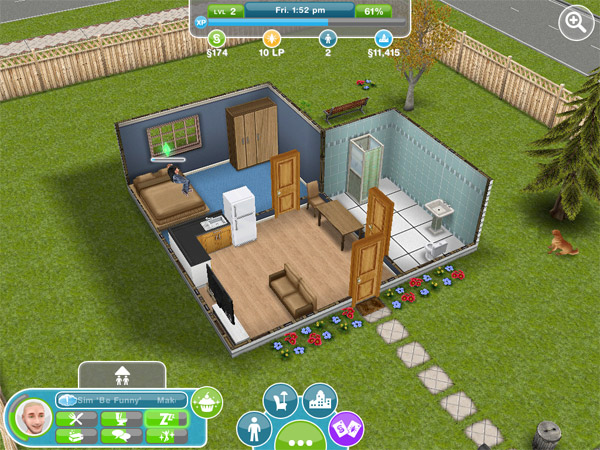 There are games that already achieved an iconic status among iPad owners, and Fruit Ninja is one of them. The objective couldn’t be easier: all you have to do is chop up fruits that appear onscreen. There are several game modes, and you can even play with your friends. As you progress in the game, you can buy new blades and backgrounds to enhance your playing experience. 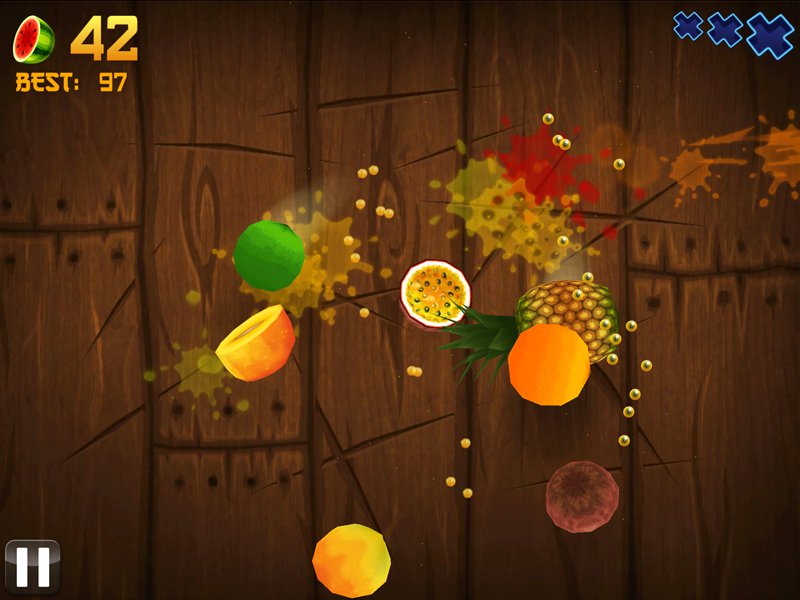 This game belongs to the side scrolling games, where the screen constantly moves to the left. You play as Barry, a guy who’s just got his own jetpack and is now determined to test it. Fly through different levels, use various weapons, battle evil scientists, and achieve objectives to move forward. You can spend hours playing Jetpack Joyride without even noticing! 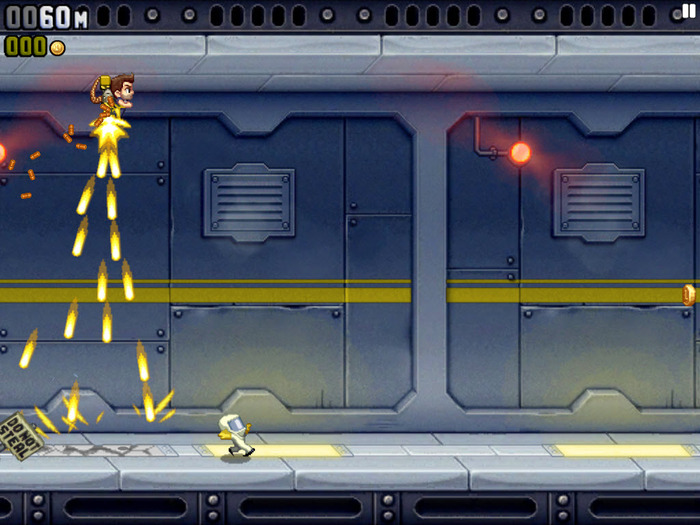 Although there is already a sequel to this game called Temple Run 2, the original Temple Run is still a fan favorite. What makes Temple Run especially addictive is the iPad’s built-in accelerometer, which allows you to tilt the screen and control the game. The controls in this game are super simple, and if you’re careful enough, you’ll break records and move upwards in the game pretty quickly. 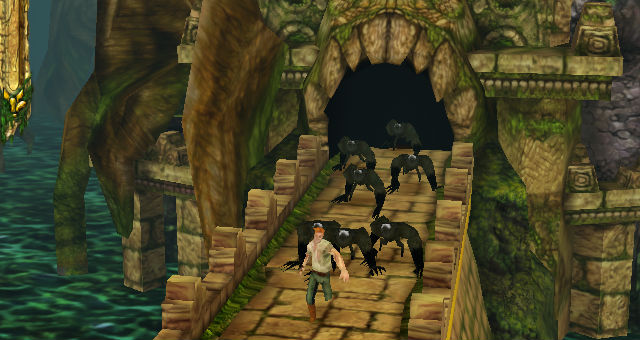 We couldn’t make a list of top iPad games without including at least one shooter. If you like Counter Strike and similar games, this one is definitely your cup of tea. One of the best things about Frontline Commando is the graphics, which, paired with iPad’s high quality screen, provide for an unforgettable experience. Plus, the game physics are surprisingly realistic, which is what a lot of shooter fans wanted to see in games. 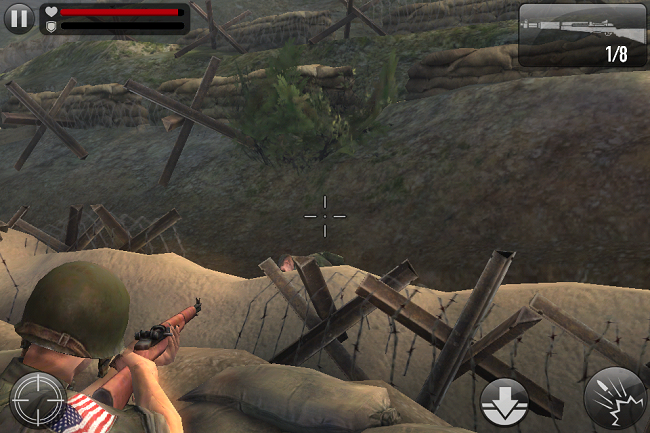 Even though iPad games are very diverse and represent any genre imaginable, time-killers are still as popular as ever. Bejeweled Blitz is one of the pioneers of time killing games, and with every update it just gets more exciting. The objective is simple: match and blow up gemstones as quickly as possible in just 60 seconds. The stunning graphics are the biggest benefit of playing Bejeweled Blitz on iPad. 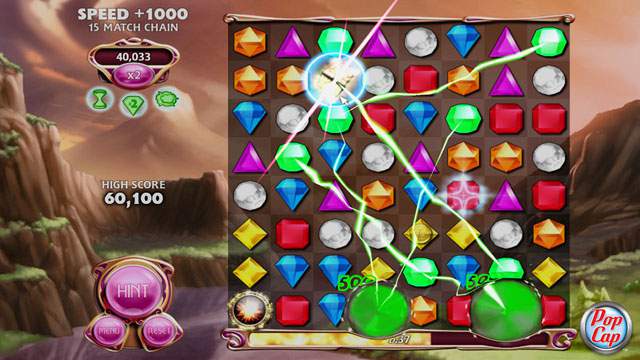 If you want to test your tossing skills while relaxing your mind, here is a game for you. The only thing you need to do here is shoot balls of crumpled paper into a basked in the middle of a busy office. It’s hard to say what exactly makes this game so addictive, but the popularity of Paper Toss 2.0 is as high as ever. As you progress in the game, other items become available to you instead of paper, including bananas, tomatoes, and other objects. 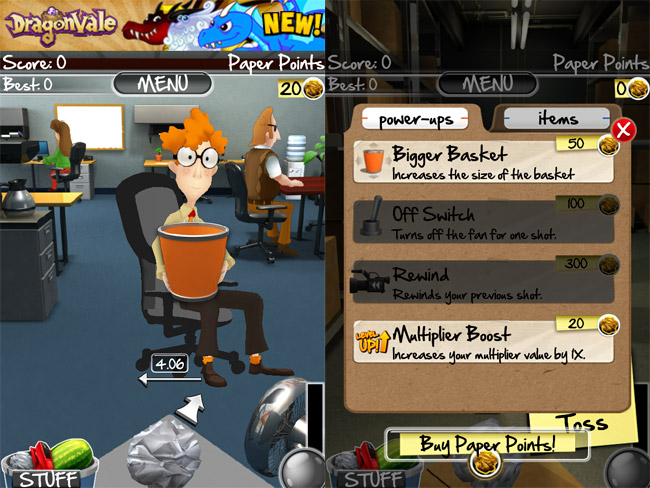