There are many smart phones appearing every year, featuring the better and better characteristics and competing for the bigger part of market share. Apart from Samsung and Apple, there are other brands worth considering and the latest Blackberry phones are expected to be much updated this year.

The top Blackberry phone of the 2017 year is expected to be the Blackberry Mercury smart phone. The smartphone is going to have not only a sexy name but a sexy appearance. Moreover, the features are going to surprise every Samsung or Apple owner, due to its going to be a 100% modern device packed with the latest specifications. 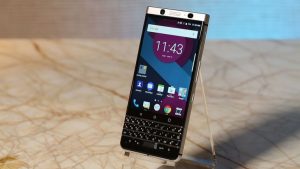 Though it will not lose its brand keyboard, the display will be represented by a 4.5-inch screen providing 1920×1080 resolution. This makes it a worthy competitor to both Samsung and Apple due to its compactness. It also will have a touchscreen with a fingerprint sensor inbuilt. It will also have two high-quality cameras and a powerful battery, allowing for a long-time working.

Display: As we mentioned before, the 4.5-inch touch screen will be complemented by a brand Blackberry keyboard, which makes the device stand out from its competitors. 16M colors will be supported by the IPS LCD capacity and all of this is going to be protected by a Gorilla Glass. 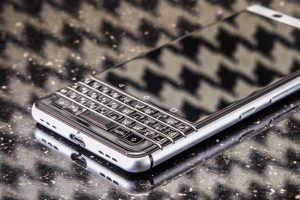 OS: The operating systems is represented by Android 7.0 Nougat.

Battery: The non-removable battery provides with 3505 mAh and a long time of ceaseless working with the device.

Memory: The internal 3GB RAM and 32GB will be complemented by a microSD card slot for up to 256GB.

Cameras: The main camera will come with 12MP and a dual-LED flash. The front camera will beat all Blackberry’s competitors due to its 8MP and high-quality selfie pics. 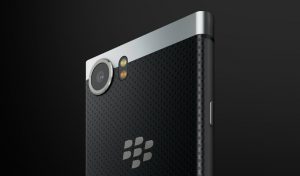 Release date: The phone is going to see the world in late April this year. In Nigeria, it is more likely to appear in late May. The initial price is expected to be $549, which is undoubtedly a relatively low price for such a good-looking device featuring out-of-the-box functionality.

Install Jiji App to be the first one to know about the appearance of new Blackberry phones in Nigeria!