Nokia 3310 was first introduced to wide audience in September, 1, 2000, and since then it has earned a reputation of one of the most reliable phone in the world. Indestructible, working for weeks and even months without a recharge, modernly designed (for the time), it is still known as a legend, which, unfortunately, has become obsolete when an era of smartphones has started.

But recently this modern classic has gotten a reboot and everyone is hyped about it! Is this reaction justified? Let’s find that out in this Nokia 3310 review. To get a phone for the best price, choose a Nokia on Jiji!

A renewed version of Nokia 3310 was announced last month at Mobile World Congress along with a few new smartphone Nokia models. There are quite a few differences from the old model, so let’s examine them more closely. 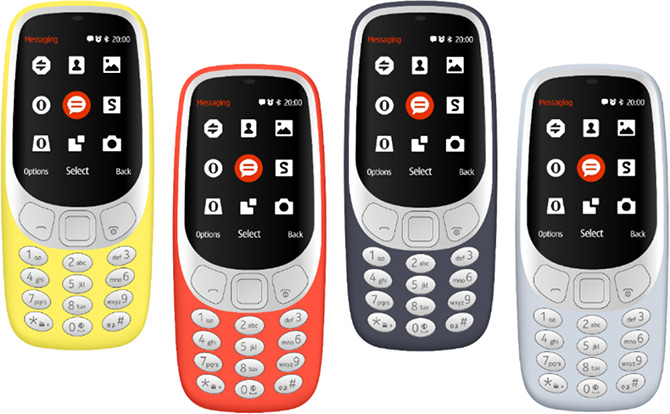 The first thing you notice, when you take this phone in your hands, is how much lighter and thinner it is. It’s obvious, because technology has come a long way since 2000. Now all the filling the phone needs is a small chip, that takes almost no space at all.

Also, now 3310 is equipped with a colored display, much larger than it was, on which you can watch your photos and even play some videos. Moreover, now the phones come not only in blue and grey, but in red, black and even yellow! 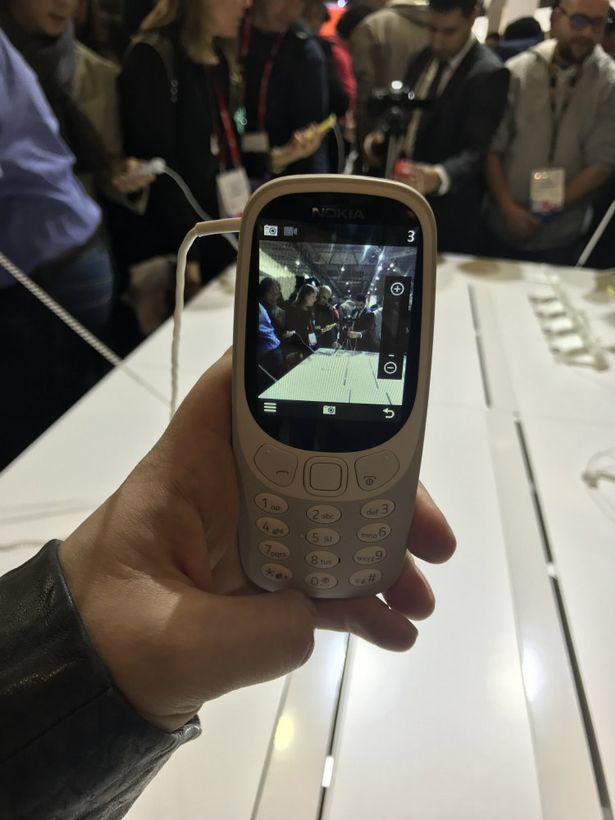 With some place left after optimization, developers have apparently decided to use it and put a 2 MP camera inside the phone. Now you can snap poor quality photos and even worse videos with your brick phone. Of course, this feature was never supposed to become the main, but, in today’s standards, such camera stands next to nothing. On a plus side, there is an LED flash, which you can use as a flashlight. 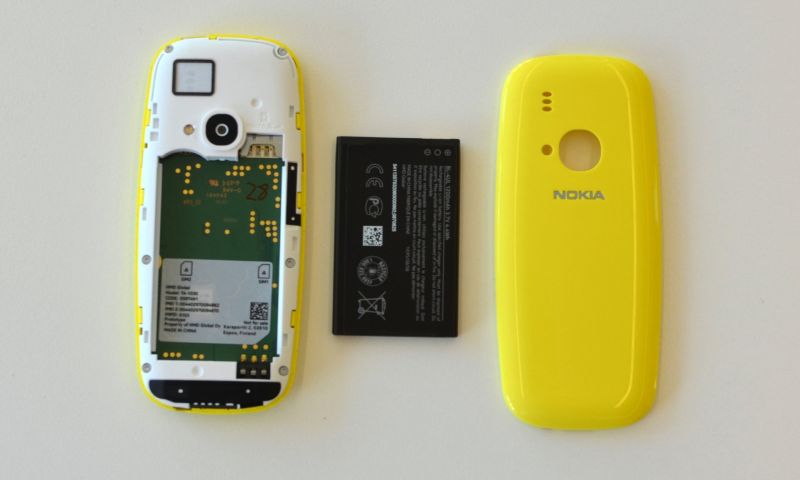 Battery life was one of the best things about classic Nokia phone, so does the successor continue the tradition? Apparently, it does, as new 3310 is equipped with 1200 mAh battery, which allows it to work for 22 hours while you talk and for over a month in a stand-by!

And, following the modern standards, this phone charges with a microUSB cable, so you won’t have a hard time looking for a specific charger. 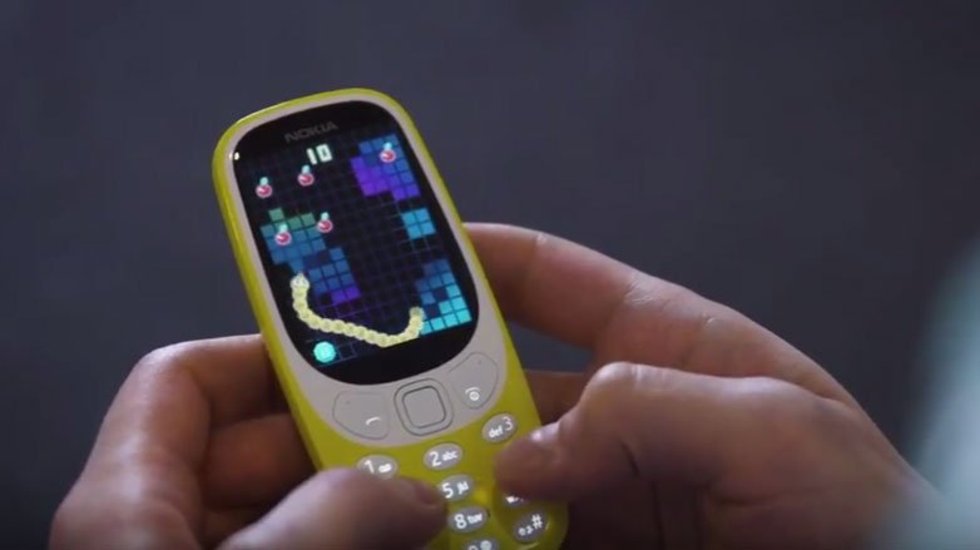 In addition to all, mentioned above, there are some more new features, like 3.5 jack for headphones and mp3 player, support of microSD cards with up to 32 GB of memory, FM radio and even Bluetooth.

Unfortunately, it doesn’t support 3G or WiFi, so you won’t be able to check your messages, but maybe that’s the point – to move your eyes from the screen and to the world around you. Also, an old Snake game is back, so be prepared to be addicted to it once again!

All in all, new Nokia 3310 wants to appeal to the nostalgic feeling you have for the old one, and it kind of succeeds. Developers have done a great job creating something new, but still something familiar and close to people’s hearts.