The annual winter awards season has just started with the Golden Globes ceremony, which took place last Sunday in Los Angeles. This year most of the female actresses wore black in solidarity with the Time’s Up movement, but it doesn’t mean the fashion of the ceremony was any less exciting. See the best looks from the night right now!

For her red carpet appearance, the supermodel Kendall Jenner went for a princess gown with a twist – the frilled layered design of the dress creates a nice contrast with the asymmetric skirt that instantly makes the look edgy. 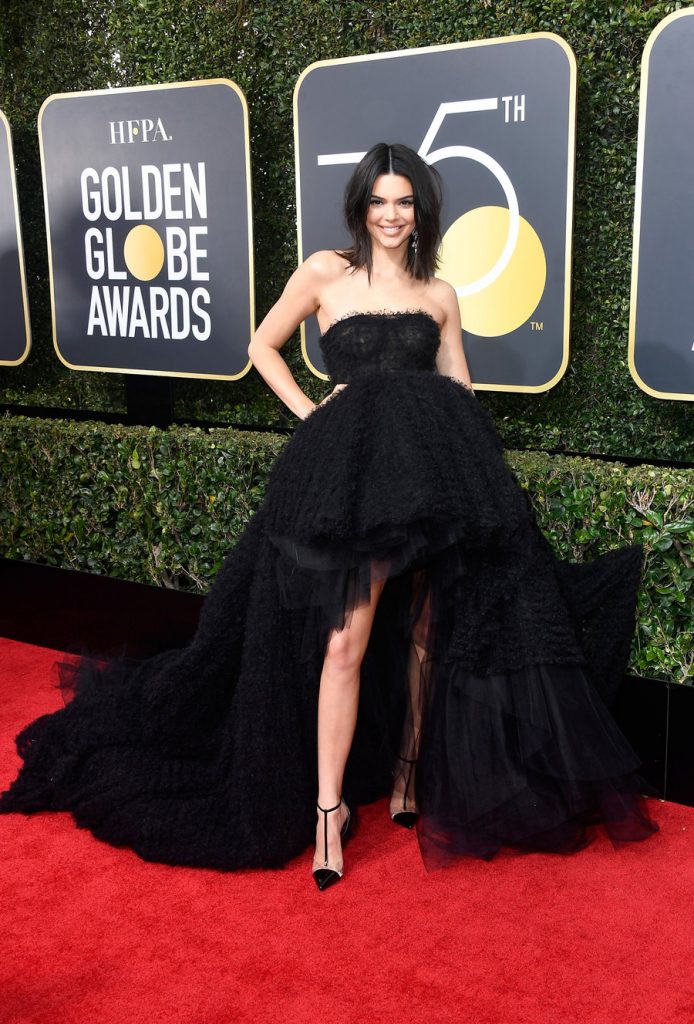 Mary J. Blige decided to stay true to her style and chose a perfectly classy gown for the Golden Globes. The elegant pairing of black and silver along with the asymmetric sleeve cut keep the look from appearing boring. 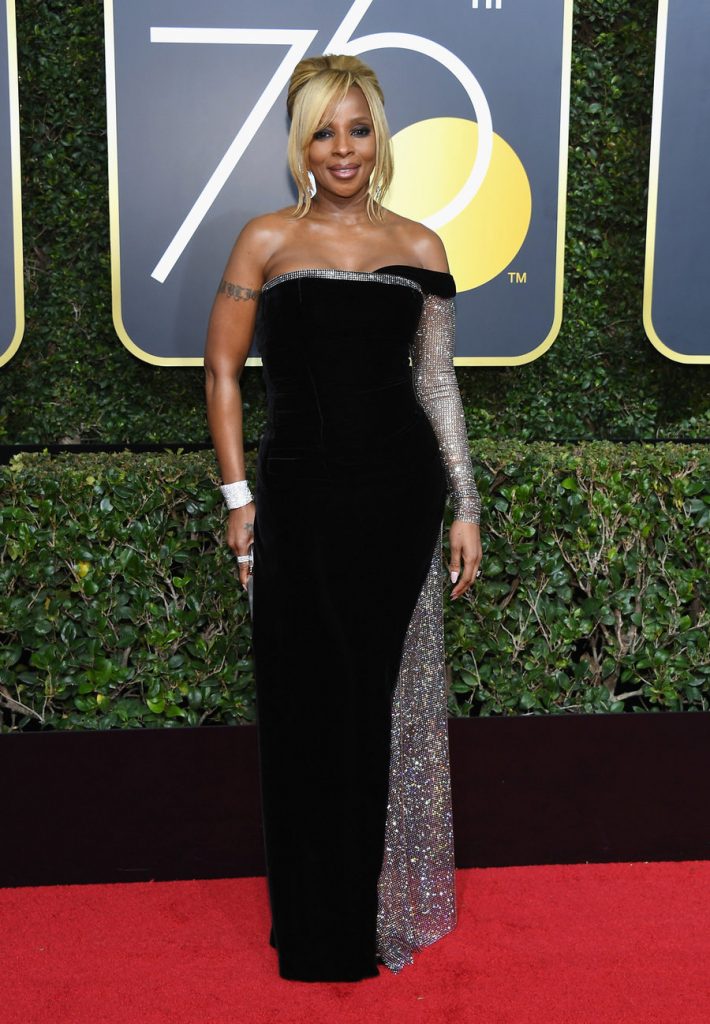 2017 has been a breakthrough year for Issa Rae, and her Golden Globes red carpet look certainly reflects that. Issa’s dress with a metallic finish is interesting on its own, but the shoulder flowers and the glorious cape take the outfit to the next level. 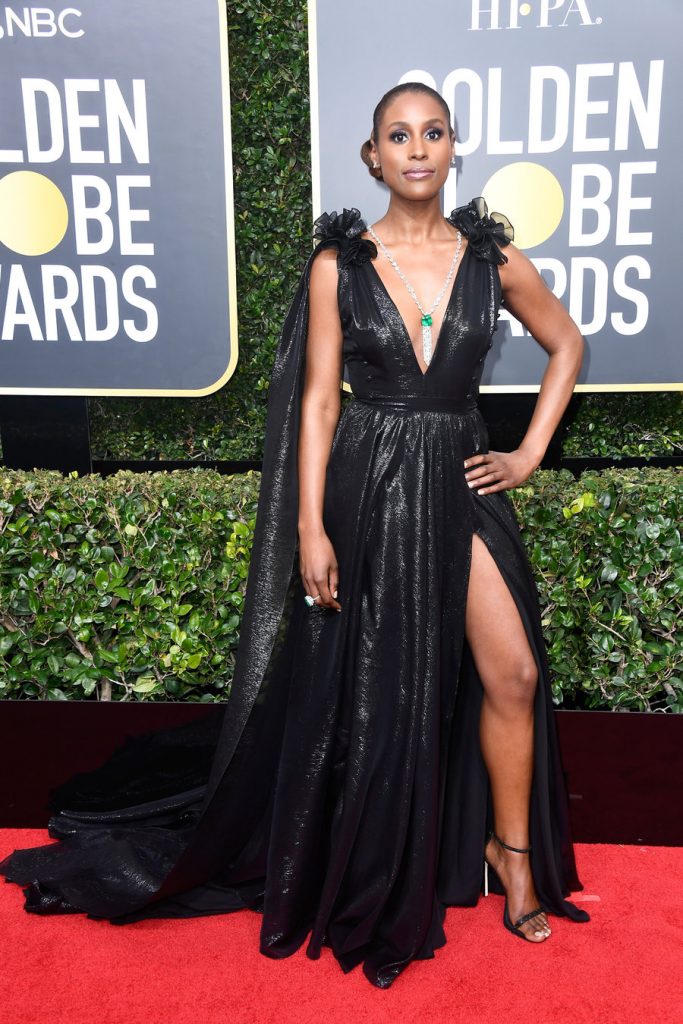 Salma Hayek is never afraid to show off her stunning curves, and even an all-black outfit won’t stand in the way of her beauty. The cut of Salma’s gown couldn’t be more simple, but the jewelry and the clutch perfectly complete the look. 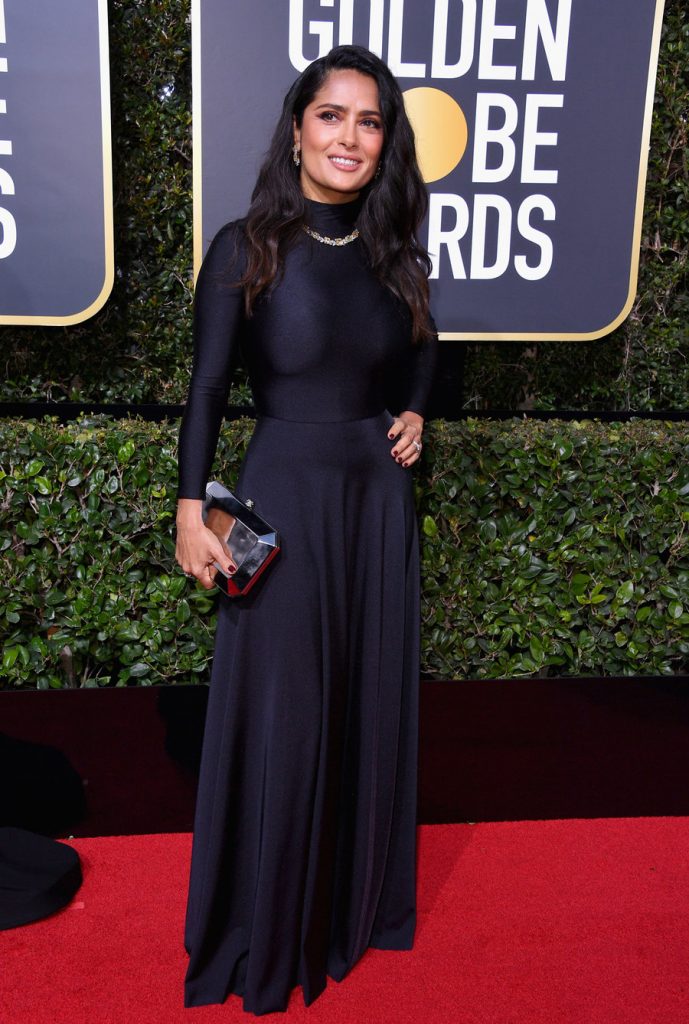 Black velvet is a foolproof way to execute sophisticated red carpet fashion, but this fabric often puts the wearer at risk of looking much more mature than they really are. Luckily, that is not the case with Dakota, as her black velvet dress with a train and silver belt works perfectly for the actress.

You can always count on Angelina Jolie to arrive to an event in a show-stopping outfit, and she didn’t disappoint at the Golden Globes either. Of course, the most eye-catching parts of her look are the sleeves with unusual feather detailing. 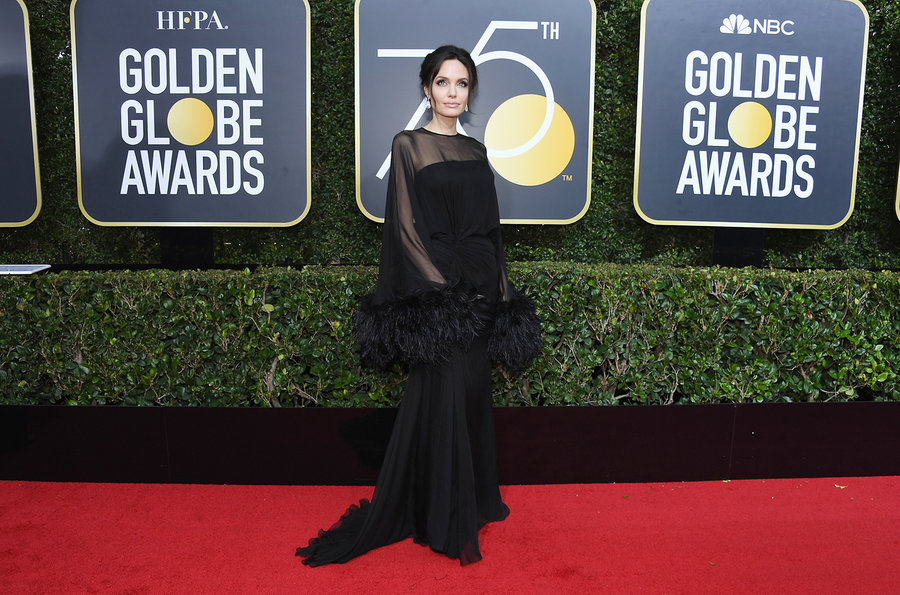 Not all actresses went for total-black gowns for this year’s Golden Globes – for example, there is a pop of color in the dress worn by Allison Williams. This is how you can put your own twist on the theme of the event while still supporting the cause! 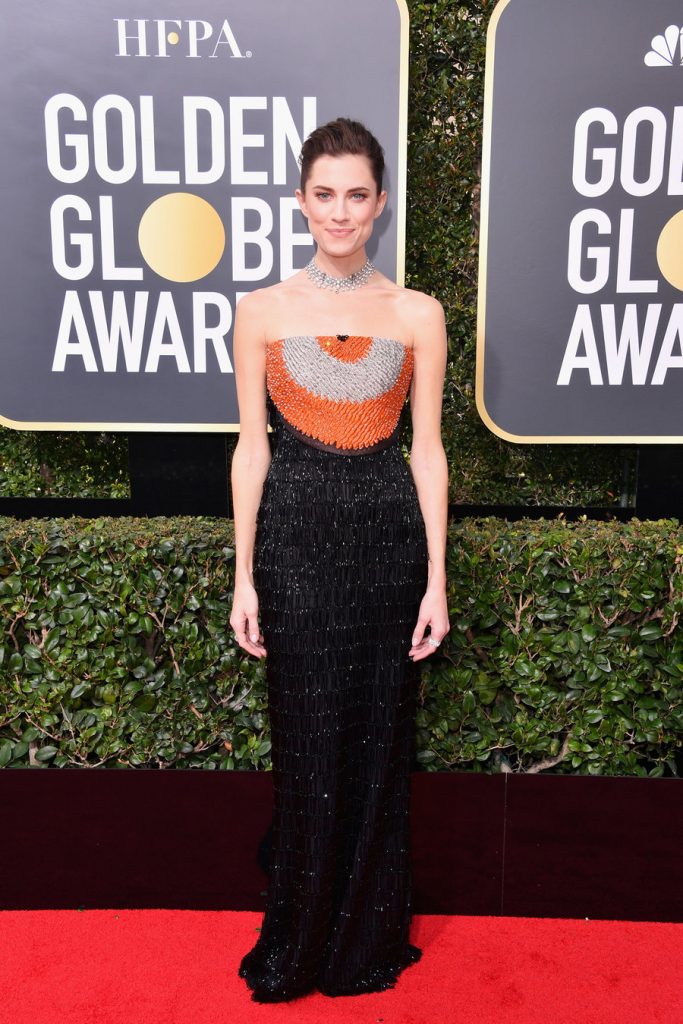 Viola is one of the best examples of Hollywood actresses who know what works for them in terms of fashion and how to make an impression. Her black velvet strap dress is fairly simple, but thanks to the impeccable cut certainly it works in her favor. 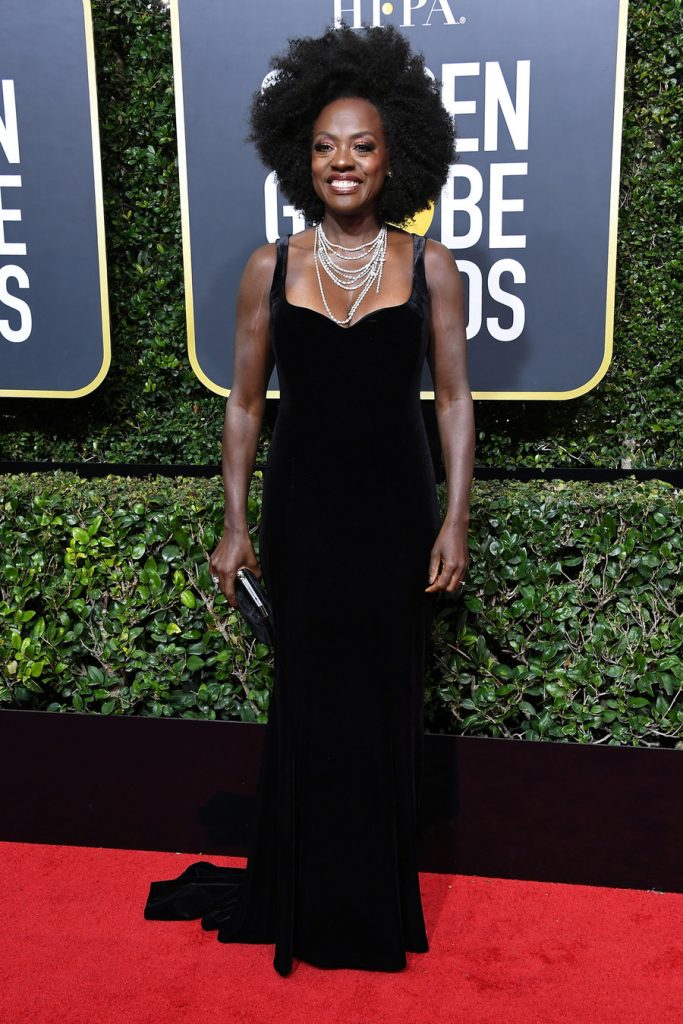 This year there were plenty of menswear-inspired fashion on the red carpet of Golden Globes, but we like Susan Kelechi Watson’s execution of the trend the most. It’s fashionable, elegant, eye-catching, sexy, and Susan’s hairstyle is simply dreamy. 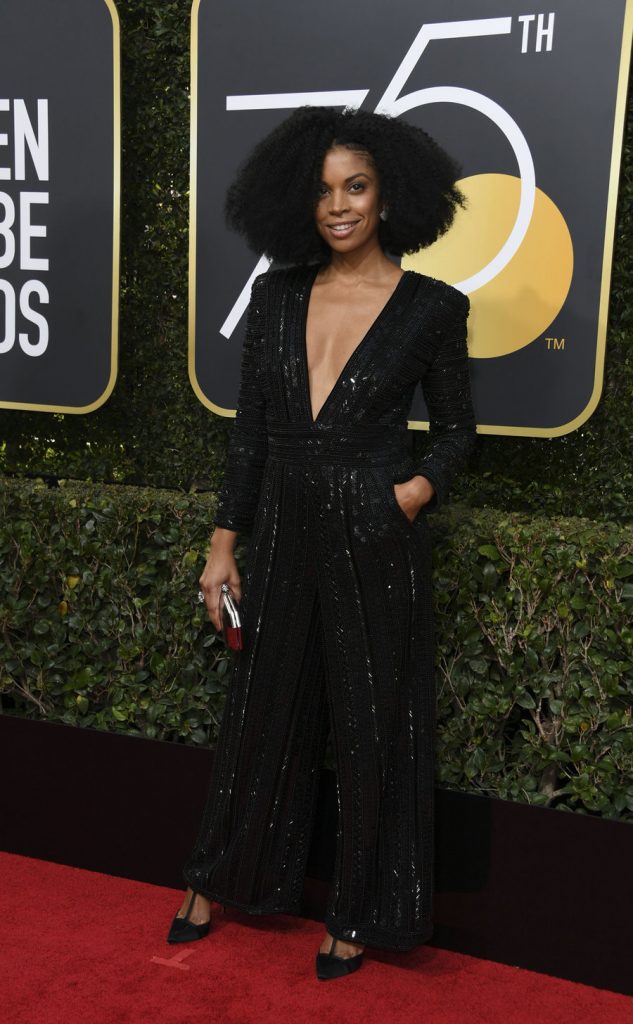 Mariah Carey isn’t always the best-dressed celebrity at a red carpet event, but she killed it at this year’s Golden Globes. Her dress is everything we expect to see in a high-fashion gown, and the fabulous train only makes it better! 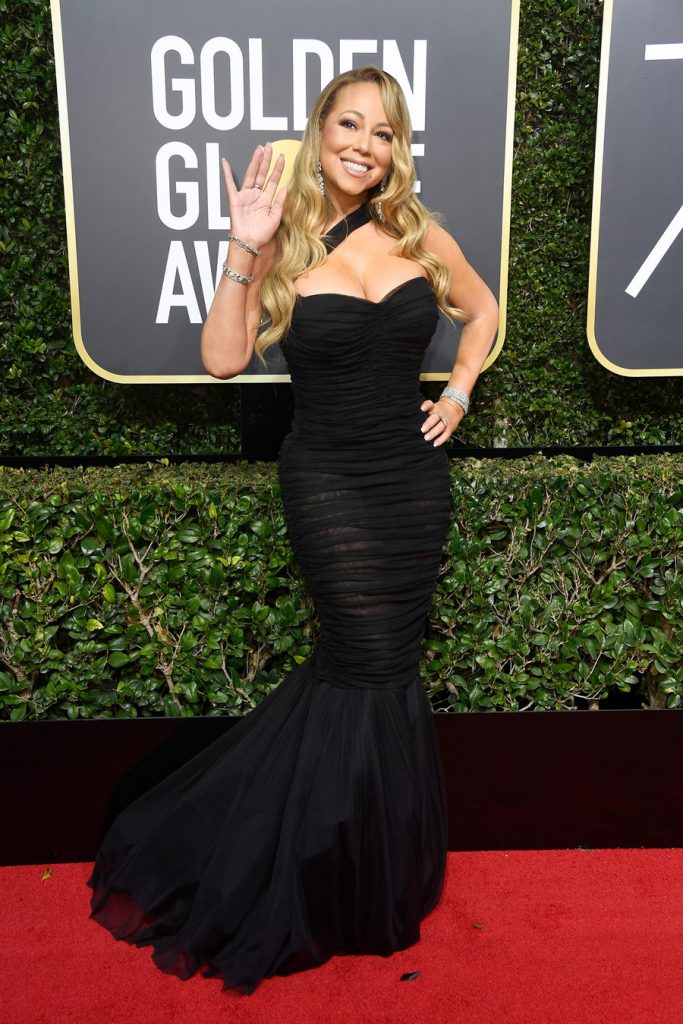 Upgrade your wardrobe for less using the Jiji app