After the rumors of their engagement becoming rampant after an instagram leak by Priyanka Chopra’s actress friend Raveena Tandon, the couple finally announced that the rumor was true and followed it up with festivities to mark the event.

American singer Nick Jonas on Saturday announced Indian superstar Priyanka Chopra will be “Mrs Jonas” after the couple performed a traditional ceremony in Mumbai, the home of Bollywood cinema. Jonas, 25, posted a photo with Chopra on Instagram, captioning it: “Future Mrs. Jonas. My heart. My love.»

Chopra, 36, posted the same photo on her Instagram page, writing: “Taken… with all my heart and soul.” She was seen wearing a diamond ring that Jonas reportedly bought after shutting down a Tiffany store in New York last month. 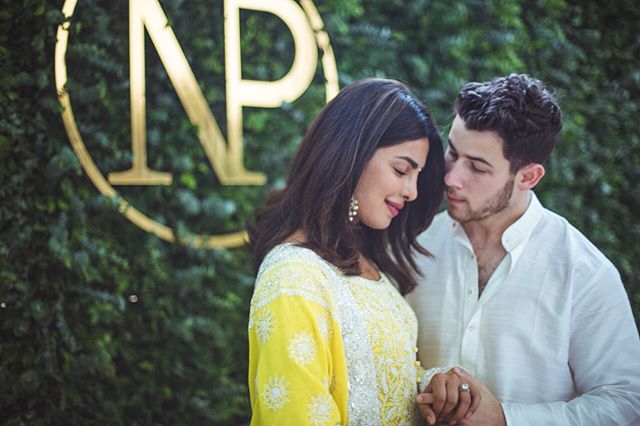 Jonas and Chopra have experienced great success in their careers and have become renowned as worldwide celebrities.

Chopra, who won the Miss World pageant in 2000, is one of Bollywood’s most identifiable stars and one of the few to have achieved success in the West.She stars in the ABC thriller series “Quantico” and has released songs with US chart-toppers including Pitbull and The Chainsmokers.

Jonas first found success as a child as the frontman of The Jonas Brothers with his two siblings. The brothers hailed from a deeply devout Christian family and presented a wholesome image, including wearing purity rings to promote chastity.

In more recent years Jonas remoulded himself with a more mature and edgy musical image, as well as turning to acting. He has been romantically linked to a number of celebrities including Miley Cyrus and Selena Gomez. In photos shared on social media Saturday, Chopra and Jonas were seen performing a prayer ritual in traditional Indian attires. 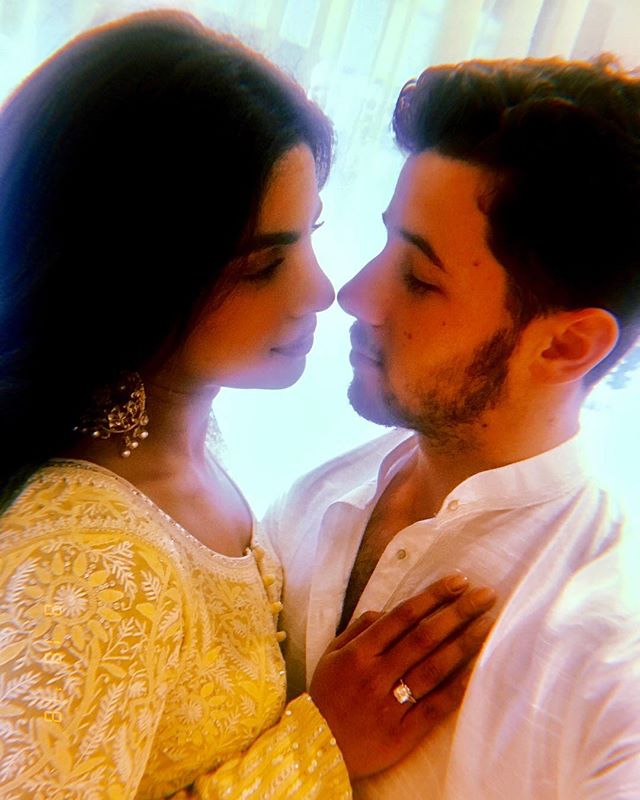 There was no doubt that the couple were happy and their smiles and those of the families surrounding them were evidence enough that the event was joyful to everyone. Following their formal engagement celebrations, the soon-to-be-married Priyanka Chopra and Nick Jonas continued the festivities with a second party. Jonas took to his Instagram stories to document the night, lovingly filming his new fiancé dancing with family and friends.

Chopra’s sister, Parineeti also took to social media to document the engagement celebrations, sharing her love for the couple. Jonas’ parents also joined the couple of their second engagement party, posing both with the loved up pair, and with Chopra’s parents. 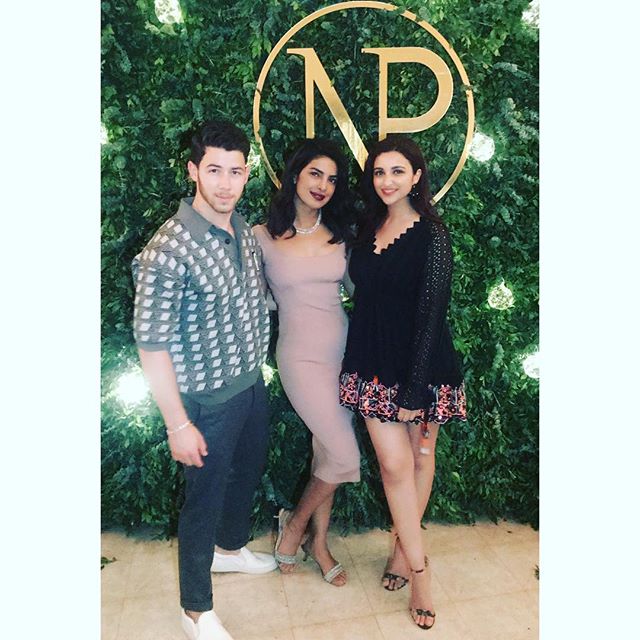 A few days before the big event, Nick asked that they close down the Tiffany & Co. store in New York City so he can purchase the perfect engagement ring.A friend of the singer/artist told PEOPLE Magazine: “His friends and family have never seen him like this, and they’re all really excited for him. He’s definitely very serious about her.”

The person went on to say that while they only have two months together, it was always very serious between them. The pal added: “It’s a huge deal that Nick brought Priyanka to his cousin’s wedding,.He’s dated a lot over the last couple years but it’s never been anything serious, so this is a big step. Nick and Priyanka really like each other, and his family enjoyed getting to know her as well. She fit right in!”

In a recent interview, the Quantico star, who is close to Meghan Markle, said she is eager to start a family. She stated: “I am a very ‘live in the today,’ maximum ‘live in the next two months’ kind of person. But [in] 10 years, I definitely want to have kids. Well, hopefully, earlier than that. I’m very fond of children, and I want to be able to do that.” 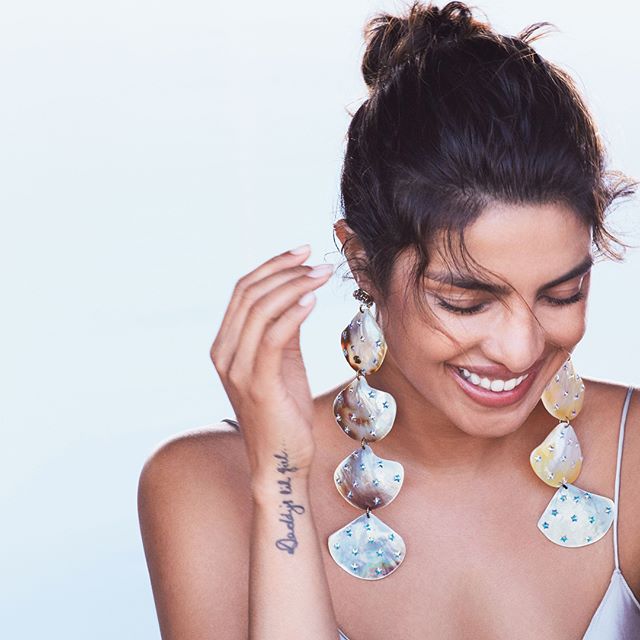 We can all imagine the cute Nickes and Choprases running around and becoming very talented like their parents. We also can’t wait for those baby bumps and we hope Priyanka flaunts hers well so we can all have a good look with the cameras of course. She would no doubt make a beautiful mom.

After the ceremony, the priest who officiated the ceremony told the Indian Express: ‘We have performed a puja [a prayer ritual] for a happy and a prosperous life of Priyanka Chopra and Nicki Jonas. After Lord Ganesha’s puja, the two performed the engagement ceremony. All of the family members were present at the puja.’ To properly celebrate their love there was a bigger party.

A report surfaced that Chopra really wanted an Indian wedding and that is what they are doing! Priyanka wants everything to be traditional to respect her family’s values, and definitely an Indian wedding. All the plans are moving quickly, and by the look of things Priyanka and Nick don’t want to have a long engagement. 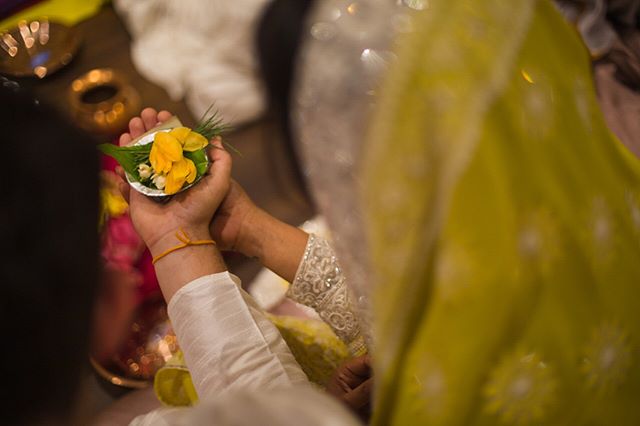 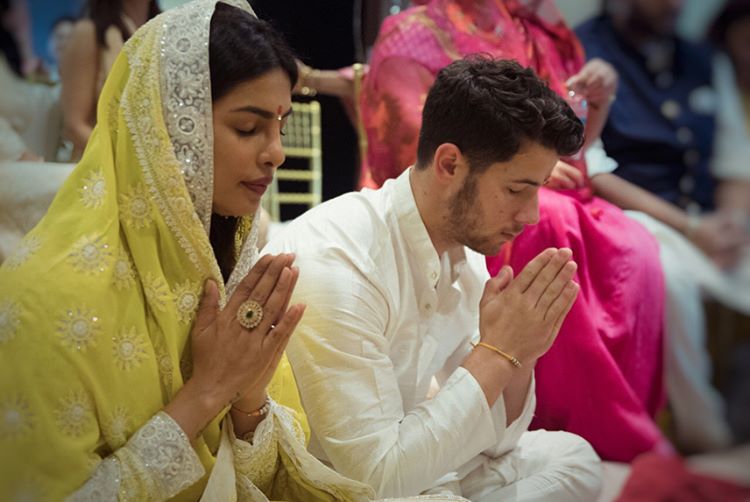 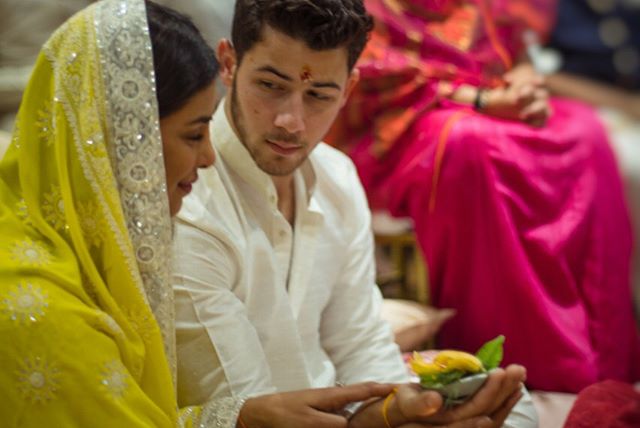 It now official, Priyanka Chopra is off the market because she is now engaged to Nick Jonas.It has been confirmed that Nick proposed in London, England last week as Priyanka was celebrating her 36th birthday. We have seen the instagram posts the great show of rumor and facts. The coded messages on instagram by people working closely with them.

We have also seen many cozy moments of these two lovebirds who couldn’t hide the fact that they are in love from the world. Seem like their love couldn’t stand it anymore and they proceeded to make it official.

Even though they haven’t announced their wedding date yet we know that will be soon because they seem like the kind of couple who don’t like prolonging things. All the best to this happy couple!