This is a great piece of news for the fans of Google+ social network.

Despite the fact that it is difficult to estimate how many people are using it, Google reports that hundreds of thousands of users are active there. According to the developers, the new update intends to make the platform larger and more focused on real-life networking. 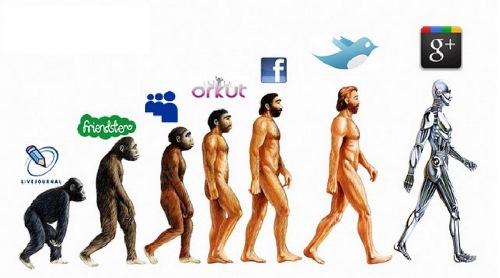 Simply check out the new update for Google+ and it’s new features that we introduce in this post!

A lot of Google users have been complaining about the huge number of unwanted notifications and requests they receive each time they log in. Google has decided to respond to these complaints, so the first new update for Google+ deals with deleting ‘low quality comments’ from your feed.

Google claims that they are trying to make the platform smarter for its users to enjoy quality conversations so they are hiding poor quality comments from posts. If you still want to see other comments, all you have to do is press on “View more comments.”

The fight with low-quality comments has long been a big deal on such platforms as Facebook, Instagram and Twitter that automatically hide suspicious posts before anyone see them. Google+ has finally decided to join the trend too. 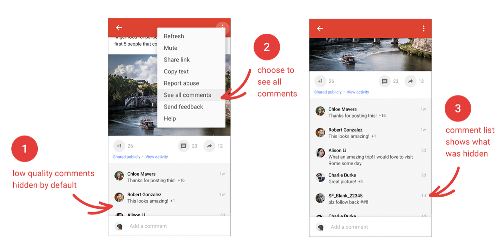 In November 2015 Google shifted the focus of the network to Communities and Collections thus giving the users the opportunity to make collections of posts grouped according to a certain topic. These collections can then be shared with everybody or with particular groups of people.

There are normally a lot of images in these Collections, and Google+ is starting to consider the improvement of image quality especially after the rising popularity of Google Photos. Besides that, one more new update for Google+ is the possibility of zooming photos.

In addition to that, Google has also started using a revolutionary RAISR technique (Rapid and Accurate Image Super Resolution), that allows using up to 75% less traffic without any decrease in image quality.

According to Google, this implementation will improve the situation with slow Internet speed and high cost of page loading. The only drawback is that the new features are only available in Google+. 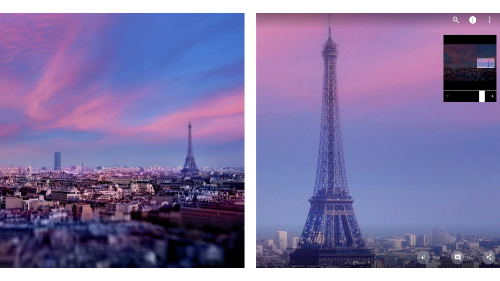 Google’s also going to re-introduce G+ Events, the feature that allows the users to create and join various events on Google+ in the same way as it was possible some time ago. However, the users of G Suite will not be able to use Events for a while. 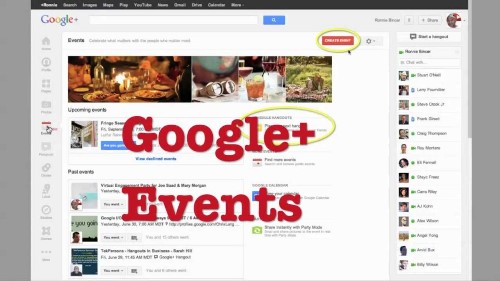 An finally, there is another new update for Google+: they are going to say goodbye to the classic Google+ look and make the new look Google+ with a new layout and functions (introduced in 2015) obligatory without the option to view the service in the old format.

Google believes it will be a pleasant surprise for the users who haven’t logged on to the platform for quite a while. 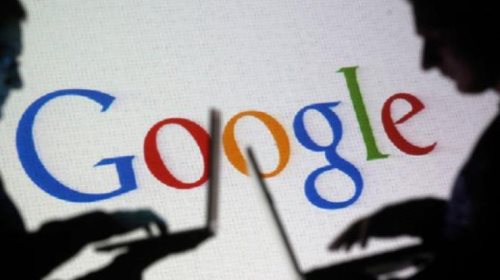 Stay up-to-date with the latest software news with Jiji!