Everything You Need To Know About Android Q

On March 13, 2019, Google released the first beta version of the new Android Q exclusively for its Pixel smartphones. The final release is planned for the third quarter of 2019 after six beta versions planned in between, each supported by more phones.

Android owners were excited to hear about the new OS, and some have even tested it already. We decided to share everything we know about the software so far.

What name will it get?

Since version 1.5, Android was naming each release after something sweet: 1.5 Cupcake, 1.6 Donut, 2.0 Eclair, 2.3 Gingerbread, up to current Pie version. So after what sweet thing the newest OS will be named? The options are not numerous.

There is also Quench Gum, but it isn’t very popular, and there is Quaker Oats dry breakfast cereal, but that would be weird. So maybe Google will decide to change the traditions and use some other foods names or move straight to R with its rice pudding, red velvet cake, and Raffaello.

Android Q is the 10th generation of Google’s OS for mobile devices. As every anniversary release, it is expected to present some highlights and considerable improvements users didn’t get in Android 9 Pie. We’ve learned a bit about the newest features, and here are some we like the most.

Google didn’t kill the Back button as it was supposed earlier but developed a method of switching between the running apps with gestures. Now users can do it by drawing a small semi-circle from left to right. To delete the notifications, you’ll need to swipe to the right.

It’s true, there will be no need to install apps to capture what is going on the screen. You will be able to do it with built-in tools, although some settings are required. You’ll need to activate developers mode (this may bother some users) and activate a feature.

Now, all the windows in the multitasking menu will have rounded edges. This is not a huge innovation, but it can’t go unnoticed. It seems that Google decided to support the latest smartphone design trends or maybe just to unify the look of devices and windows they display.

The button for confirmation of password entering will look different. Instead of a monochrome check mark, we’ll get a LED-lit blue arrow in Android Q. It will look much more impressive and it is more convenient, according to the users.

After you delete an icon from the home screen, you’ll see a window with a “yes/no” suggestion, just in case you’ve changed your mind quickly or accidentally deleted a wrong thing.

You can share an active Wi-Fi connection with your friend by letting them scan a QR code. For this, you’ll need to open a list of connections, choose an active one, and receive a QR code by confirming your identity.

Google developers changed the design of the sharing menu. Now it will remind the one used in iOS more. The functions won’t change: users will be able to send links and files to other users or save in drafts.

Users will be able to change interface fonts and colors, as well as colors of icons, in the notifications center, but only after activating the developer mode. If having an original interface sounds like something you’ve been waiting for, and you enjoy personalized experience, it’s time to cheer up.

You’ll be able to find out for how long your Android Q is going to work by a single look at the home screen. The information is located in the notification center next to the battery charge level, which doesn’t have a percentage next to it now.

Developers decided that highlighting the text shouldn’t come unnoticed. Thus, your phone will vibrate every time you want to copy something. It’s difficult to say whether this will be helpful or more convenient, we’ll see. 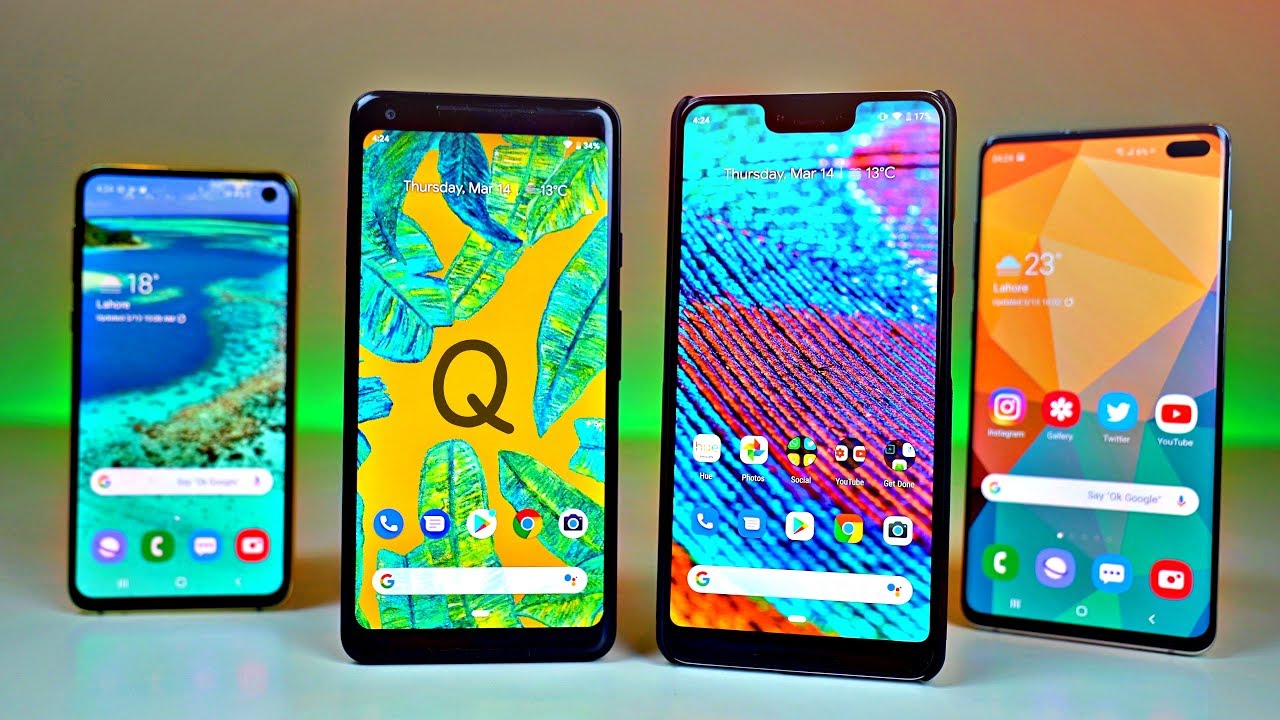 What about the security features?

Android Q will feature security features. There are several system mechanisms that are going to prevent tracking by the installed apps. It is a little bit surprising that Google didn’t come up with these features before. Here’s what you’ll get:

What is this new night theme?

According to the vice-president of Google Play, this decision has nothing to do with the aesthetic aspects of the interface as some think. It is just for convenience, which is on the list of the company’s key priorities. The screen will not be blinding when you are in a dark room.

Just one click and reading at night will become convenient. Google decided to add a feature that can switch between light and dark modes in all installed apps. This feature, however, doesn’t work well yet, particularly because these apps weren’t optimized for such a solution.

One more advantage is power efficiency. Even smartphones with IPS displays need fewer resources for displaying the dark theme, needless to say about the AMOLED ones. Users will be able to reduce energy usage by up to 60%. Just remember that this is a bonus, not the main function.

Is that thing about ID in smartphones true?

The digital copies of these documents will be stored in a devoted storage segment, which will be well-encrypted. Besides serious security barrier, this section will be fully nonvolatile. It means users will be able to prove their identity even if the battery discharges and the device goes off. 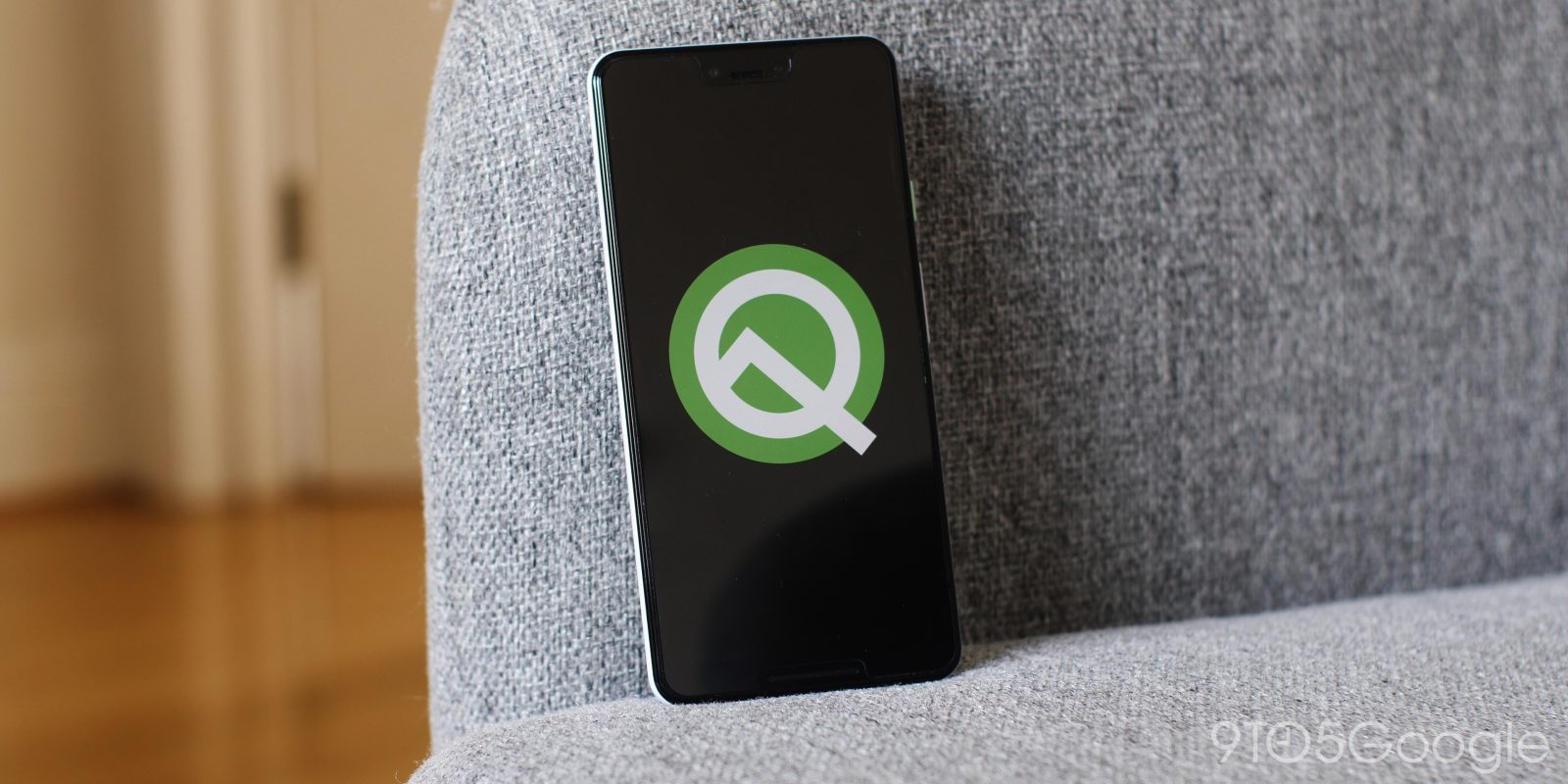 What innovations can make it worse?