Shop over 4,000 Tecno mobile phones for any budget on Jiji

The Tecno Camon series of smartphones are mostly known for their outstanding camera characteristics, but surely the amazing camera setup is not the only reason to consider buying the Camon 16 Premier. Here is what else you will find in the new Tecno release.

The Tecno Camon 16 Premier is equipped with a 6.9-inch IPS LCD display, which, although not completely bezel-less, ensures a great video or gaming performance thanks to its competitive resolution of 1080x2460p and 19:9 screen ratio. The phone has sharper edges than most of the smartphones released lately and generally feels like a breath of fresh air in the sea of similar-looking mobile devices. 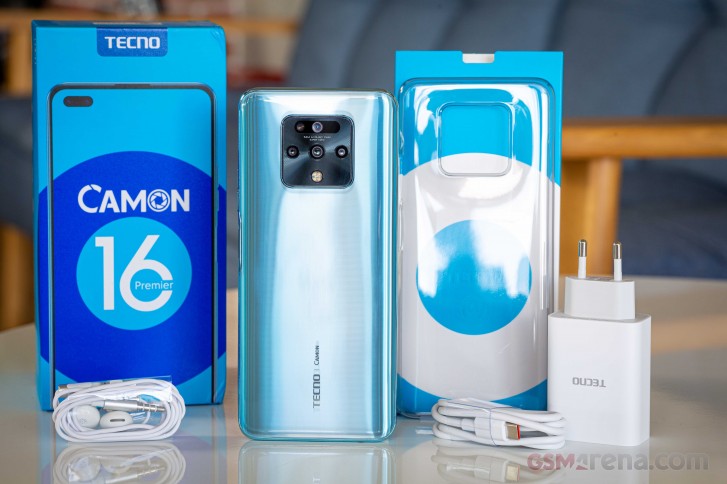 The premium design of the Tecno Camon 16 Premier makes you hope for an equally impressive range of performance specs, and the newest Tecno smartphone does not disappoint. The device is powered by an octa-core Mediatek MT6785 Helio G90T processor and has a Mali-G76 MC4 GPU.

There are 8GB of RAM in the Camon 16 Premier, which should be more than enough for everyday tasks. The device comes with 128GB of storage on board and with an opportunity to upgrade it with a microSD card through a dedicated slot. On the software front, there are hardly any surprised: the Tecno Camon 16 Premier runs Android 10.0 with Tecno’s own HIOS 6.0 on top of it to meet the needs of Tecno users. 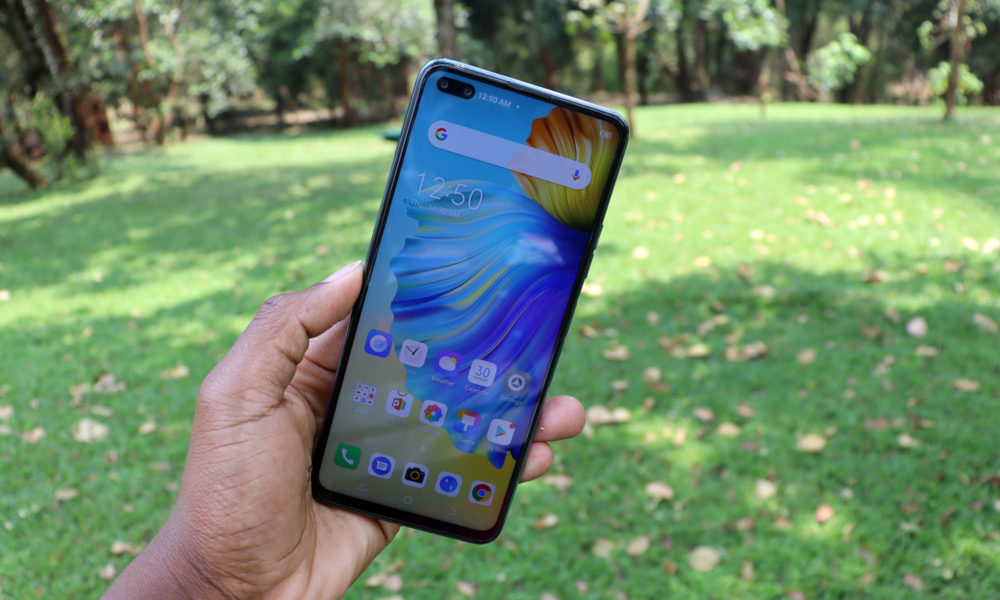 As a member of the acclaimed series of Tecno smartphones with powerful cameras, the Tecno Camon 16 Premier faced a lot of expectations from the buyers. The phone features quad-camera setup on the back that includes a 64MP, 8MP, 2MP, and 2MP sensor, as well as penta-LED flash and a range of software features to make the photos even more breathtaking and professional-looking.

The front camera, which is located in a hole-punch cutout in the upper left corner of the display, features two sensors, 48MP and 8MP, as well as dual-LED flash. To support the ambitious display, performance, and camera specs, the Tecno Camon 16 Premier includes a 4500mAh battery that supports fast charging and takes only 30 minutes for a 70% charge.

The Tecno Camon 16 Premier was announced in the middle of last week and is currently available for pre-order from the official Tecno website. If you place the pre-order until September 21, you can get a pair of wireless headphones with your order. The new Tecno smartphone will cost you around ₦115,000.