Last week, Apple held its annual event where it announced not one, not two, but three new iPhone models. The iPhone 12, available in four different varieties, became one of the most discussed tech topics of the month. Find out more about the iPhone 12 specs and price in Nigeria right now!

Shop over 14,000 iPhones in Nigeria for any budget on Jiji

There has been a lot of rumours surrounding the release of the iPhone 12, and now it’s time to see whether any of those predictions were true. Here is what the iPhone 12 has in store for its buyers.

All phones in the iPhone 12 family come with Super Retina OLED displays: the iPhone 12 and 12 Pro with 6.1 inches, the iPhone 12 Pro Max with 6.7 inches, and the 12 Mini with just 5.4 inches. The phones have slightly sharper edges compared to the previous generations of the iPhone, but other than that, there are not as many changes in the visual department.

The choice of colours ranges from Blue, Green and Red to Silver, Gold and Graphite, with the more expensive models getting more neutral colour options. One of the most controversial things about the new iPhone models is APple’s decision to stop including earphones and the charger with the iPhone packaging – if you need those things, you will need to buy them separately. This was done supposedly out of environmental concerns, but it’s safe to say that Apple fans were left unhappy with this development. 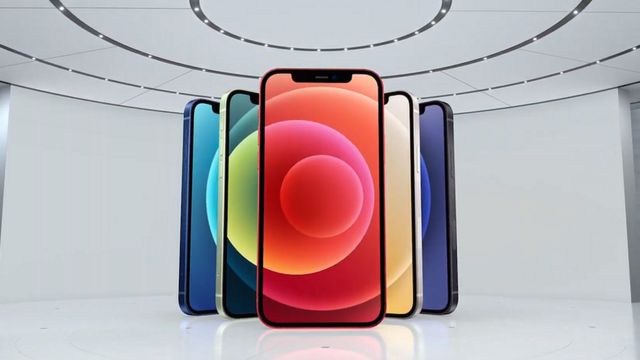 The performance specs of iPhones rarely disappoint, and the iPhone 12 is no exception. The performance specs in all found new iPhones are nearly identical: there is an Apple A14 Bionic chipset, a hexa-core CPU, and Apple’s own GPU that supports 4-core graphics. All phones come with the latest version of the iOS, the iOS 14.1 on board.

The memory situation is different on different iPhone 12 models. The iPhone 12 and 12 Mini, the cheapest phones in the lineup, come with 4GB of RAM, while the 12 Pro and 12 Pro Max are equipped with 6GB of RAM. The storage on the new iPhones ranges from 64GB on the iPhone 12 to 512GB on the iPhone 12 Pro Max, which means everyone will be able to find a memory option that fits their needs and budget.

Cameras are often the strongest point in iPhones, and here is what the new iPhone 12 can offer in terms of photography. The iPhone 12 and the 12 Mini come with similar dual camera setups consisting of 2 12MP sensors and Quad-LED dual-tone flash. The iPhone 12 Pro and Pro Max, on the other hand, come with quad-camera setups that include 3 12MP sensors and a depth scanner along with Quad-LED flash. The selfie camera is identical on all four models and has a single 12MP sensor.

As it’s often the case, Apple did not disclose the exact capacity of its batteries, but it probably won’t be long until someone publishes that information. Until then, we know that all four models support fast charging and can be charged from 0 to 50% in just 30 minutes. It’s highly likely that the capacity of the new phones is different to support their different display sizes and specs. 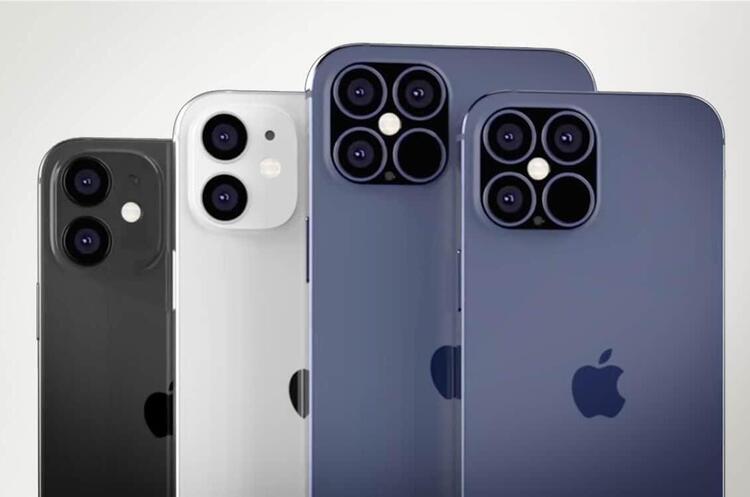 iPhones are traditionally some of the most expensive phones available in the market, and we shouldn’t expect anything different from the new generation of the Apple iPhone. The iPhone 12 price starts at $799, or over ₦300,000, while the 512GB iPhone 12 Pro Max costs $1,299, or almost ₦500,000. The pre-orders for the new iPhones have already started and they will be shipped in late October or early November, depending on the model.