In September 2016 FIFA and France Football stopped their cooperation and now each of them gives their own award.

On January 9 in Zurich FIFA gathered the best representatives of the football world. The organization was giving their new award to Best Player of the Year – FIFA the best for the first time. And, of course, it was taken by Cristiano Ronaldo!

Let’s see how it all happened and who other winners in different nominations are! 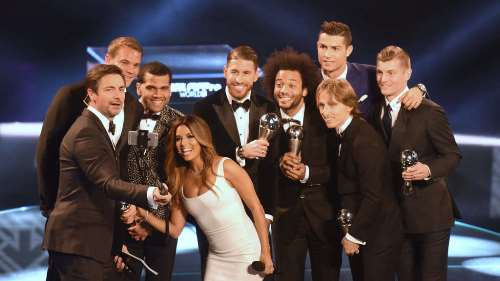 Stay tuned with the latest sports world events with Jiji! 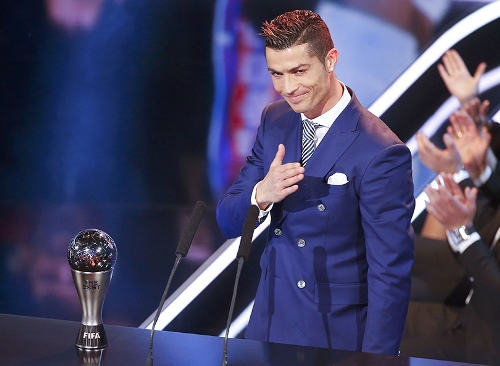 The winner was determined by vote among the coaches, captains of national teams, journalists and fans equally contributing their 25% to the general vote.

The best footballer award of 2016 according to the FIFA was given to the striker of Madrid “Real” and the national team of Portugal – Cristiano Ronaldo. The forward received the prize from the FIFA president Gianni Infantino.

Ronaldo, who collects awards and prizes as autumn apples (Cristiano Ronaldo awards are numerous), did not express any particular delight because of getting another trophy. However, he could not resist joking that FIFA’s The Best award came tax-free! 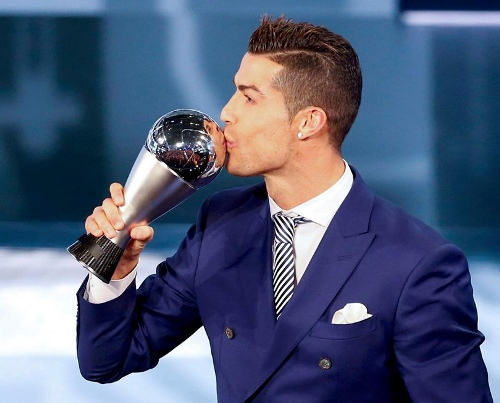 “This is just awesome! For me, this is not the first experience of such kind, but I’m getting this award for the first time. I am very happy.

First of all I would like to thank our partners, the whole “Real Madrid”, and our team coach. Thanks to my family, my brother, my mother – to everyone! 2016 was the best year in my career.

I had many doubts, but this trophy reflects my success “, – says Christiano.

Cristiano Ronaldo will remember 2016 for reaching the pinnacle on three fronts: for club, for country and individually. He was crowned a European champion for both Real Madrid and Portugal – with victory in the UEFA Champions League and UEFA EURO 2016 – and the legendary No7 further rubberstamped his place in the annals of footballing history by being named the world’s best player for the fourth time. 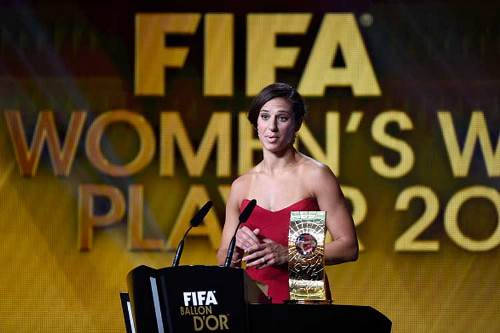 FIFA the best woman football player of the year award was given to Carli Lloyd (“Houston Dash”).

She was sincerely surprised by it, because the US team left the competition as early as in the 1/4 finals at the Olympic Games in Rio, while the Germans became the champions.

Not since Marta’s astonishing run of being named the world’s leading women’s player five times in a row ended in 2010 has any woman won the top award in consecutive years – until now. 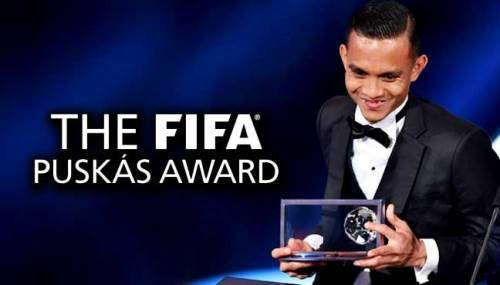 The «Puskas” award (for the best goal) was given to a guy named Mohd Faiz Subri from Malaysia.

He was clearly embarrassed by the announcement of his name, and upon coming up the stage, was trying desperately to find something in his mobile phone for a long time, and finally read some English text written on a paper.

The first Malaysian to be nominated for the FIFA Puskás Award has claimed the prize, with Mohd Faiz Subri’s remarkable swerving free kick emerging as the best goal of the year after millions of votes on FIFA.com from fans across the world.

Award «for an Outstanding Career» 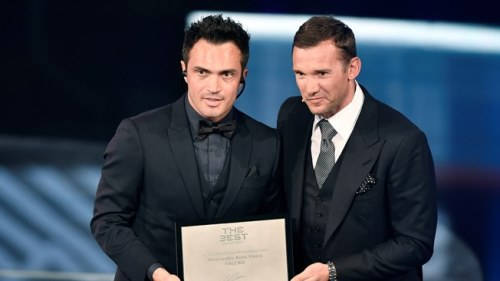 The award for an outstanding career was given to the 39-year-old captain of Brazil national futsal team Falcao. His full name is Alessandro Rosa Vieira and he is the two-time world champion. 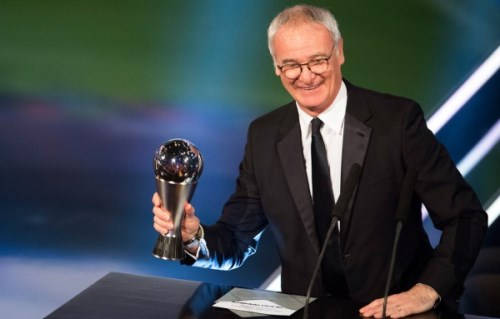 FIFA the best coach award was given to an Italian Claudio Ranieri who helped the «Leicester» to win sensationally in the championship of England.

He managed to get ahead of such venerable colleagues as Fernando Manuel Fernandes da CostaSantos from Portugal (who with his national team won Euro 2016) and Zinedine Zidane (responsible for the triumph of “Real” in the Champions League). 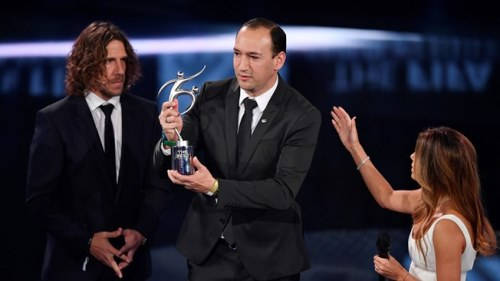 The “fair play” award went to “Atlético Nacional” club from the Colombian Medellin. 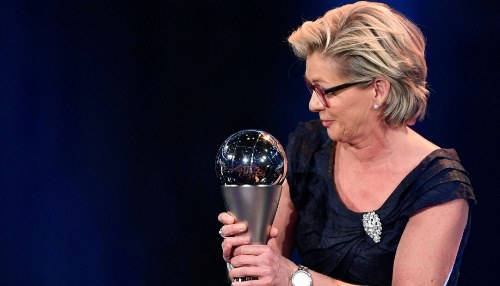 The best women’s football coach in 2016 was declared Silvia Neid from Germany.

The national team under her leadership won the Olympic Games in Rio. Neid was the head of bundesteam in 2005-2016 but has already left the coaching position. Steffi Jones was appointed to be the new coach. 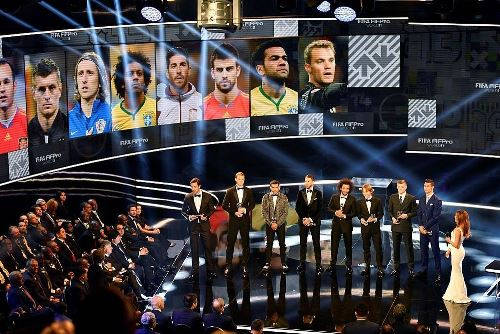 Moreover, they announced the «Team of the Year» on the stage. 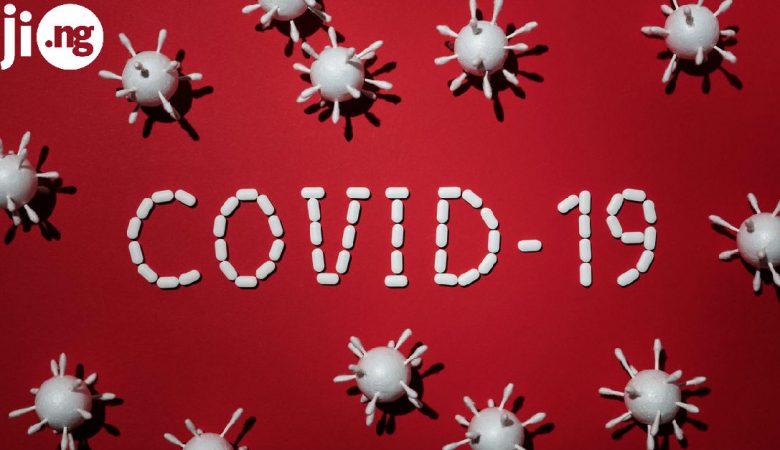