Nokia had one of the most unexpected stories of success in the mobile phone market. After being on top of the tech world for years, Nokia seemingly disappeared only to come back even stronger. Nokia’s latest smartphone release, the Nokia 5.3, finally became officially available in Nigeria. Here is everything you need to know about the phone.

Shop hundreds of Nokia mobile phones for any budget on Jiji

Lately, you may have noticed that many Android-based smartphones are starting to look the same and have nearly identical features. That is not the case with the Nokia 5.3, who will easily surprise you with both its looks and its functionality. Here is what you can expect from the newest Nokia phone.

The first thing you see in the Nokia 5.3 is its huge display. The 6.55-inch IPS LCD display with a 720x1600p resolution and 20:9 aspect ratio not only looks impressive, but also promises a satisfying video or gaming experience. The phone features slim bezels on all four sides of the display with the Nokia logo being located on the bottom.

The fingerprint scanner of the Nokia 5.3 is located on the back panel just below the camera. The back of the device is made from a scratch-resistant composite material. The Nokia 5.3 is available in three attractive colours: Charcoal, Sand, and Cyan. Overall, the Nokia 5.3 has a very appealing design that effortlessly stands out from other Android phones within the same price range. 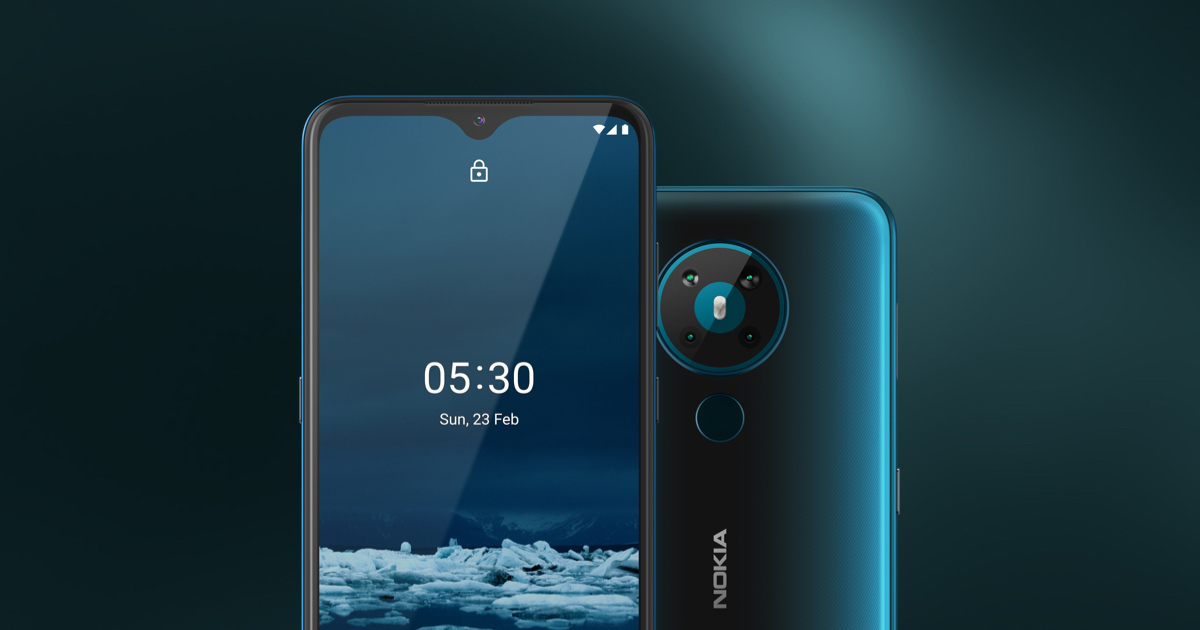 Nokia smartphones are known for packing impressive performance specs in a moderately-priced device, and the Nokia 5.3 does not disappoint you with its specs either. At its core, you will find a Qualcomm Snapdragon 665 processor, which is powerful enough to support any modern game, as well as work tasks. There are three RAM options available for the Nokia 5.3: you can find the phone with 3GB, 4GB, or 6GB of RAM.

All three versions of the Nokia 5.3 have the same amount of storage: 64GB that you can upgrade with a microSD card. As for the software, you will hardly be surprised to learn that Nokia 5.3 runs Android 10, which is based on Android One and offers a streamlined Android experience tailored specifically to your phone. The Nokia 5.3 will get regular Android upgrades, so you will be able to experience Android 11 OS and beyond as soon as they are released. 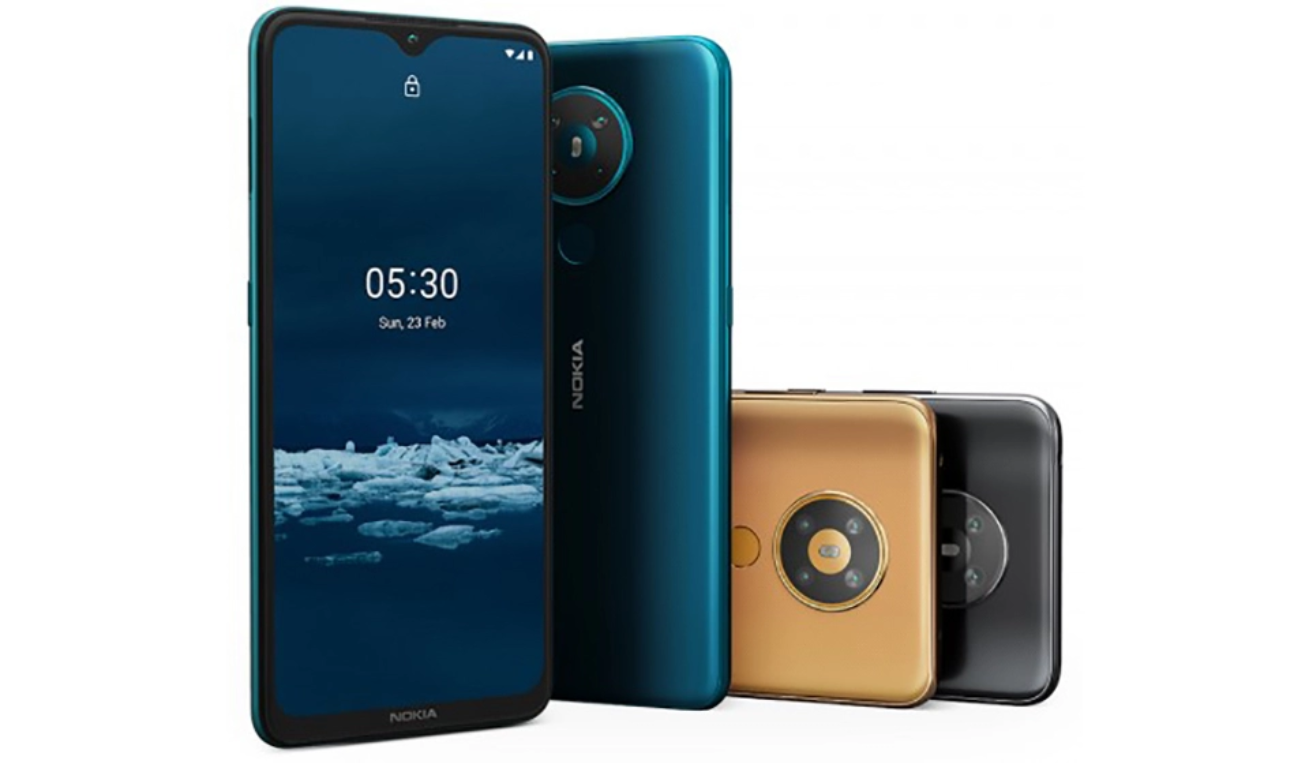 Although the Nokia 5.3 is not marketed as a camera phone, its camera specs are advanced enough to support your passion for smartphone photography. The device features a quadruple camera on the back that has 13MP, 5MP, 2MP, and 2MP sensors with Zeiss optics, LED flash, and a variety of AI tools for perfecting your photos in any situation. The front hole-punch camera has 8MP with no LED flash.

The battery is another strong suit of the Nokia 5.3. With a 4000mAh capacity and the Adaptive Battery feature that is based on AI and manages the battery consumption by the apps you don’t use as much as the most frequently used apps, you can go for up to 2 days on a single charge. 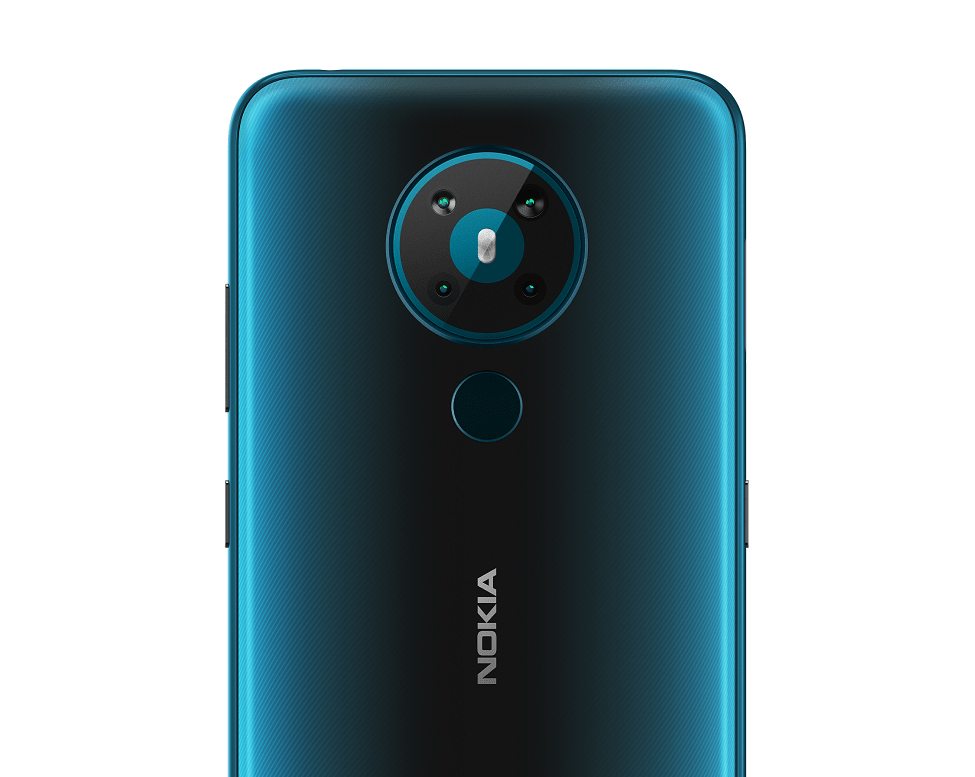 Announced back in spring, the Nokia 5.3 finally became available in numerous Nigerian online and offline stores last week. The purchase of the Nokia 5.3 will set you back ₦79,000. Unfortunately, most stores now only offer Nokia 5.3 in the Charcoal colour option, but we hope the other two colours will also become available in Nigeria soon.