When you browse mobile phones online or in a physical store, you can find plenty of expensive smartphones with amazing specs. However, there is a category of luxury mobile devices that you will never find in a nearby tech store, since they were created in one single copy. Here are the five most expensive mobile phones the world has ever seen.

Shop thousands of mobile phones for any budget on Jiji

The iPhone 3G may look outdated by 2020’s standards, given that the phone was released back in 2008 and was one of the earliest generations of the iPhone. However, the 2009 version of the iPhone 3G known as Kings Button, which was carried out by an Austrian jewelry designer called Peter Aloisson, became the world’s most expensive mobile phone at the time with a price tag of $2.5 million. The body of the iPhone is made entirely out of white, yellow, and rose gold, with 138 diamonds running around the phone’s frame and a giant 6.6-carat being placed in a position where you would normally find the Home button. 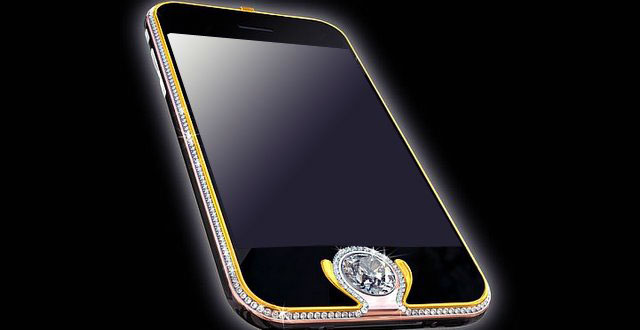 The earlier versions of the iPhone have clearly inspired a lot of designers who cater to the rich and famous of the world. The iPhone 3Gs received a luxury treatment by a designer called Stuart Hughes. Hughes decorated the iPhone 3Gs with 271 grams of yellow gold. On the bezels of the $3.2 million device, you can find 136 diamonds, and, as a nice touch, the designer decorated the Apple logo on the back with another 53 diamonds. And we shouldn’t forget the Home button diamond that measured at a whopping 7.1 carats. 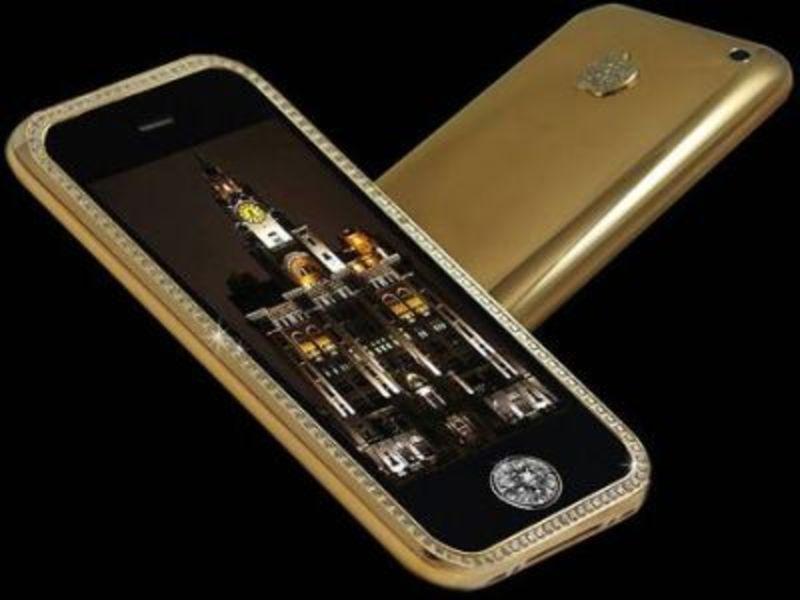 Stuart Hughes was clearly happy enough with his iPhone 3Gs creation and quickly decided to elevate another Apple smartphone. This time, it was the iPhone 4 that got the luxury upgrade from Hughes. Unlike the previous two phones on our list, the iPhone 4 was covered in beautiful rose gold. 500 diamonds can be found on the frame and the Apple logo of the device with the biggest pink diamond measuring at 7.4 carats being placed on the Home button of this $8 million smartphone.

Read more: 11 Apple iPhone Hidden Features You Should Know About 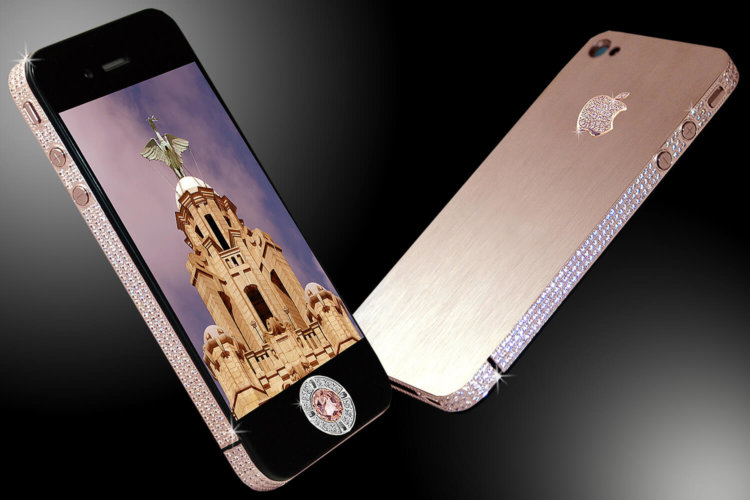 Stuart Hughes turned out to be one of the most productive luxury designers working with mobile phones, as it’s his third luxury iPhone that got on our list. For this transformation, Stuart Hughes took a regular iPhone 4s and turned it into one of the most expensive mobile phones ever created, priced at $9.4 million. The phone is covered in solid yellow gold and there are 500 diamonds on the sides of the device. The Apple logo is decorated with 53 diamonds, but the device’s biggest advantage is obviously its Home button, which is made from an 8.6-carat diamond. 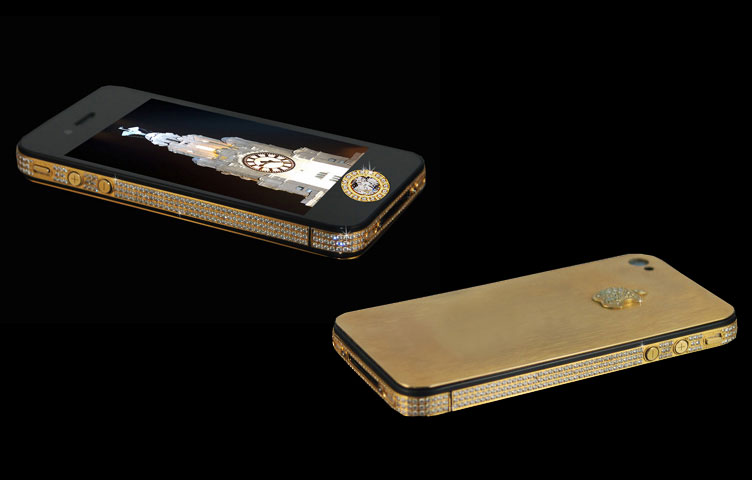 There have been plenty of very expensive smartphones created over the past decade, but none of them is as expensive as the Falcon Supernova iPhone 6 with a reported price tag of $48.5 million. The humble iPhone 6 is covered in gold and platinum for a luxury look and received a security upgrade to prevent user data from getting stolen. Still, the most eye-catching and expensive detail of the most expensive phone in the world is the single pink diamond placed on the back of the device. 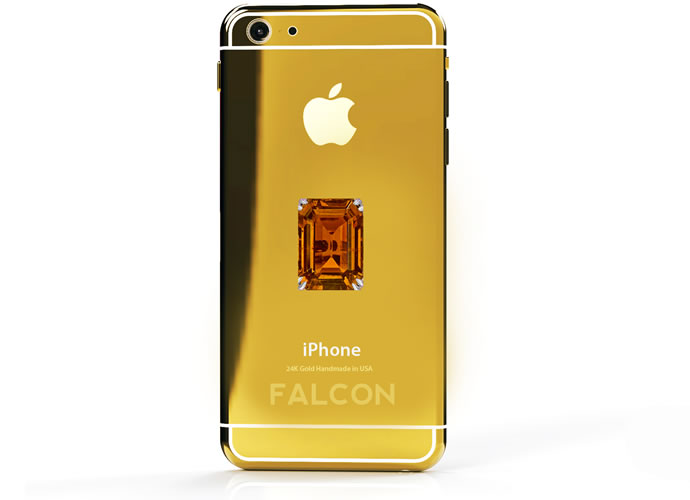