20 Best Books Of The XXI Century

We suggest you looking through the list of readers’ preferences of the experts of the literary magazine The Millions, which includes well-known journalists, critics and writers. They chose the most notable and worth reading books of the century.

The rating was prepared by 56 experts and was based on readers’s voting in a specialized group on Facebook.

Without any doubts, any person who likes reading can make his own list of the best books, but it is still worth paying attention to this list. 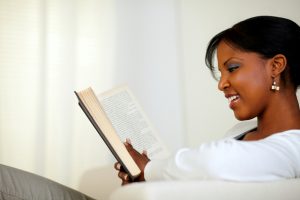 Works of Cormac McCarthy are of high realism and common view on human nature, without masks, without hypocrisy, without any romance.

Cormac McCarthy’s tenth novel, The Road, is his most harrowing yet deeply personal work. Some unnamed catastrophe has scourged the world to a burnt-out cinder, inhabited by the last remnants of mankind and a very few surviving dogs and fungi. The sky is perpetually shrouded by dust and toxic particulates; the seasons are merely varied intensities of cold and dampness. Bands of cannibals roam the roads and inhabit what few dwellings remain intact in the woods.

“So everything lets us down, including curiosity and honesty and what we love best. Yes, said the voice, but cheer up, it’s fun in the end.” -Roberto Bolano, 2666

The novel takes us from one fate to another, from the personal drama of one hero to another. Other times, manners and characters and the chain of reincarnations of the soul of the protagonists.

The parable, a story of love, friendship and memory, all this is in the novel of the winner of the Booker Prize – brilliant Japanese Kazuo Ishiguro.

“I was born twice: first, as a baby girl, on a remarkably smogless Detroit day of January 1960; and then again, as a teenage boy, in an emergency room near Petoskey, Michigan, in August of l974. . . My birth certificate lists my name as Calliope Helen Stephanides. My most recent driver’s license…records my first name simply as Cal.”

Jacques Austerlitz, who dedicated his life to the study of the structure of fortresses, palaces and castles, suddenly realizes that he knows nothing about his personal history, except that in 1941 he were taken to England in the age of five.

And now, decades later, he decided to restore its own history. 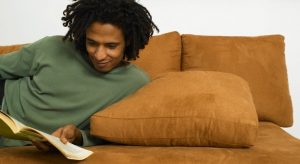 Magical England of Napoleonic wars. England, in which wizards are composed on a secret service of the government and try to protect the British Empire with their own powers. But the ancient people, that ruled the human souls in the past, wants to return to power. Magic becomes weak and exhaustive, and the fairies returned from the depths of antiquity. They are following for their hope – the King Raven.

The ironic perception of the conflict between fathers and sons in the era of “the end of history” and ubiquitous Internet.

The dramatic story of of friendship between two boys from different social groups, which are is passing through their different fates.

Ian McEwan’s symphonic novel of love and war, childhood and class, guilt and forgiveness provides all the satisfaction of a brilliant narrative and the provocation we have come to expect from this master of English prose.

The novel tells us about the fate of a thick and deeply unhappy child who is going through the process of growing up in New Jersey.

Two Jewish boys become kings of comics in America during World War II. They are trying to fight the forces of evil and those who are keeping their loved ones in slavery and wants to destroy with the help of their art.

The novel is set in 1956 in the small town Gilead, Iowa. The book consists of letters written by 76-year-old priest and addressed to his 7-year-old son in the form of diary.

One of the most exciting and successful debut novel, appeared in recent years in the British literature. The plot consists of three cultures, three families, three generations and a very special mouse. 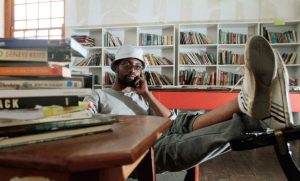 «Kafka on the Shore» Haruki Murakami

In the plot center is the fate of a teenager who ran away from his father’s grim prophecy.

It’s a storybook of famous Canadian writer, by which in Hollywood has already shoot films, and in 2004 the book won the Giller.

The Master tells the story of a man born into one of America’s first intellectual families who leaves his country in the late nineteenth century to live in Paris, Rome, Venice, and London among privileged artists and writers.

it tells the story of the Biafran War through the perspective of the characters Olanna, Ugwu, and Richard.

The book is written by an American writer with Indian origin and is dedicated to the theme of Indian immigrants. 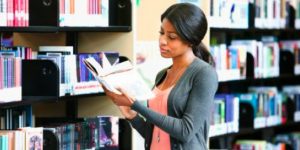 You can buy this books and many others on JiJi.ng.