These days, we know Aliko Dangote as the founder and President of Dangote Group, as well as the richest person in Africa with a net worth of $8.3 billion. However, it wasn’t always this way for Dangote and he came a long way to get to the top. Here is how Aliko Dangote managed to make all his money.

Like many successful businessmen in Africa and around the world, Aliko Dangote came from a family that already had strong ties to business and a sizable amount of money. Dangote’s grandfather, Sanusi Dantata, was a successful businessman who sold oats, rice, and other commodities, and even was once named one of the richest people of Kano State.

Read more: See Who Makes The List Of Forbes Billionaires In 2020

From a young age, Aliko Dangote was interested in business and was looking for business opportunities everywhere. In an interview, Dangote said that he was buying sweets in bulk and selling them to other children when he was still at school, which shows his early business acumen.

At only 8 years old, Aliko Dangote lost his father and his grandfather became his legal guardian. However, Dangote did not allow this unfortunate event to break him, and by the time he turned 21, he had already graduated from the prestigious Al-Azhar University in Egypt. This is where his amazing career started.

After Aliko Dangote graduated from the university, he was able to secure a loan from his uncle to start his own business. The $500,000 loan allowed Dangote to purchase wholesale amounts of sugar from Brazil and rice from Thailand. After selling the commodities to local customers at a hefty markup, Dangote not only repaid the loan in only 3 months, but also was able to scale his business. At that time, he was often making over $10,000 a day, which is a decent amount of money even by today’s standards.

Aliko Dangote continued to develop his business for two decades before realizing that he no longer wants to be a middleman – the businessman assumed that if he sold the goods he manufactured, he could be making a more sizeable profit. Using the money Dangote accumulated since the beginning of his career in business, from 1997, he began building his own manufacturing empire.

In only a few years, Aliko Dangote produced pasta, flour, sugar, and salt – the commodities he previously bought from overseas manufacturers. In 1997, another important event for his business empire took place, as Dangote was awarded a cement plant that was previously owned by the state. From there, Aliko Dangote’s profits and presence in the Nigerian economy only continued to grow.

Using his own money, as well as a loan from the International Finance Corporation, which is related to the World Bank, Aliko Dangote turned an unprofitable cement plant into the cornerstone of his business assets. Moreover, instead of consolidating every company into a single entity, Dangote instead founded four separate companies: Dangote Cement, Dangote Flour Mills, Dangote Sugar Refinery, and National Salt Company of Nigeria. Needless to say, Dangote not only successfully operated on the domestic market, but also exports his goods to other countries.

Recently, Aliko Dangote has also made the move into the oil industry, purchasing an oil refinery in Lagos in an effort to stop Nigeria from relying on international oil and gas suppliers and instead using their own oil. This move was certainly unconventional for a businessman who stayed apart from the oil industry, but, like most Dangote’s ventures, it will probably turn out to be as successful as his other enterprises.

The story of Aliko Dangote isn’t a story of someone who started a business empire with only a few dollars in their pocket. Dangote came from money, but he also proved to be a hard worker and a talented businessman. Dangote uses a significant part of his profits for investments, and it’s probably the main reason why he has enjoyed so much success in business and life. 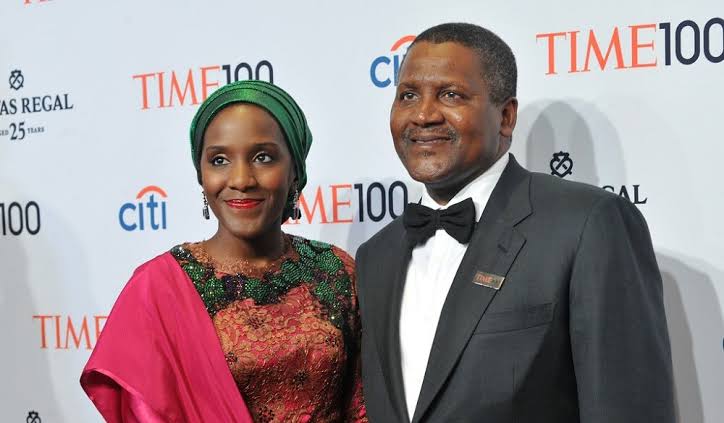